By Alistair Charlton and Steve Hogarty
The Independent
2022-01-24 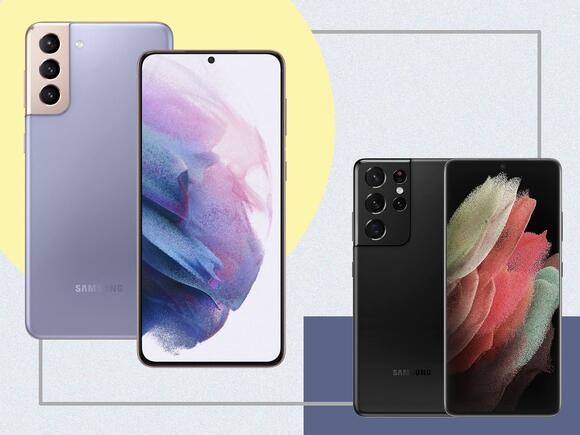 Finally, Samsung has just confirmed that it is going to be unveiling the Galaxy S22 at its Unpacked event in early February. Now, with just a couple of weeks to go before the grand reveal, leaks of the flagship range of smartphone’s price and specs are starting to pile up.

As usual, this handset is expected to actually be a family of three distinct models, each with a spec sheet and price tag fit for competing closely against the iPhone 13 and Google Pixel 6 .

Samsung phones usually follow the evolution-not-revolution formula, shunning ground-breaking leaps in technology for minor improvements to the processors and camera units. As ever, the phones are expected to run the latest version of Google’s Android operating system, but with a visual overhaul to make the software look and feel distinctly Samsung.

Here’s everything we know so far about the upcoming Galaxy S22 Samsung smartphone family.

Samsung announced last Friday that it will be hosting one of its Galaxy Unpacked events on 8 February, where it will be unveiling its 2022 line-up of smartphones.

While the company stopped short of mentioning the S22 by name, Samsung’s president and head of MX Business TM Roh all but confirmed it in a blog post . “At Unpacked in February 2022, we’ll introduce you to the most noteworthy S series device we’ve ever created,” he wrote. “The next generation of Galaxy S is here, bringing together the greatest experiences of our Samsung Galaxy into one ultimate device.

While this one hasn’t been confirmed by Samsung just yet, reputable insider Roland Quandt has already leaked S22 prices for the European market.

Nothing has been confirmed by Samsung just yet, and likely won’t be until the S22 is unveiled on 8 February. But, as ever, the online rumour mill is working overtime. Here are the rumoured specs so far.

It is claimed the regular S22 will have a slightly smaller screen than the S21, down from 6.2in to 6.1in. This trend will continue with the S22 plus (down from 6.7in to 6.5in) and the S22 ultra (6.9in to 6.81in). The overall look of the S22 family is said to be unchanged, and the slightly smaller displays are unlikely to be noticed by most users.

The Galaxy S22 is expected to be powered by a next-generation Qualcomm Snapdragon processor or Samsung’s own Exynos chip, depending on which market it is purchased in.

On 18 January, Samsung announced its new Exynos 2200 processor. It features a graphics processor based on the same AMD architecture used by the PS5 and Xbox series X , boasting ray tracing and variable rate shading features (that’s a first for a smartphone chip).

As for memory, it is expected that the regular S22 and S22 plus (which tend to be identical, save for a larger display) will have 8GB of RAM, and the more powerful S22 ultra will have up to 12GB – but maybe not 16GB, if the latest price leaks from Quandt prove accurate.

Based on the latest rumours, the Galaxy S22 ultra is said to use the same lens array as last year’s Galaxy S21 ultra, giving it a 108MP rear camera with a pair of telephoto lenses, an ultrawide lens and up to 10x optical zoom.

As for the rear camera units, reliable leaker Ice Universe tweeted in November to say the S22 and S22 plus will have 50MP rear cameras, plus a 10M telephoto camera with 3X optical zoom, and a 12MP ultrawide camera. There will be a 10MP selfie camera on the front of both phones, the tech tipster said.

It had previously been claimed that Samsung was working on a selfie camera hidden beneath the screen of the Galaxy S22, but that now seems unlikely. This is certainly a feature tech firms are interested in adopting for future smartphones, but isn’t one we expect to see on mainstream handsets just yet.

It is possible that Samsung could turn the S22 ultra into a replacement for the discontinued Galaxy note range, giving it support for the company’s S Pen stylus and potentially even incorporating the retired Note name. This is all hypothetical for now, but more credence was given to the rumour in Roh’s cryptic blog post, with the executive hinting that the S22 ultra could be a hybrid of the Samsung Galaxy S22 and Galaxy note phones. The “most noteworthy S series”, bringing the “greatest experiences of our Samsung Galaxy into one ultimate device” could only mean one thing.

Another feature of the S22 could be fast charging, with the latest rumours suggesting the S22 plus will have 45W charging, a significant step up from the 25W charging seen on the Galaxy S21. Faster wireless charging would also be welcome, but hasn’t been confirmed just yet.

Reverse wireless charging is expected to be included, where the S22 can fill the battery of another device, like a phone or earphones case, when placed on the rear of the Samsung handset. 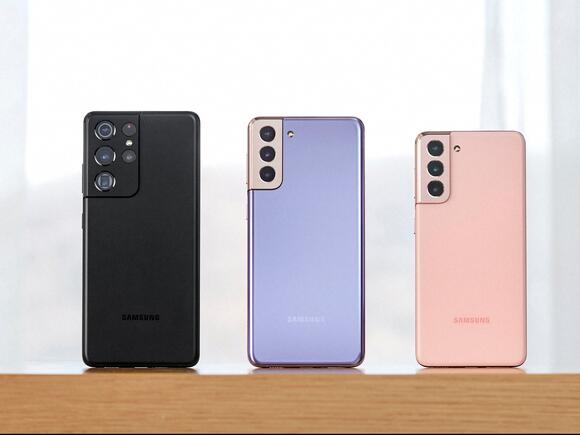 How much RAM does the S22 ultra have?

Samsung hasn’t confirmed any specifications just yet, but it is expected to give the S22 ultra either 8GB or 12GB of RAM. A recent leak suggests the top-spec S22 ultra will offer 1TB of storage and a hefty 16GB of RAM.

Some unconfirmed details about the Samsung Galaxy S22 ultra’s specifications have come to light, courtesy of Sammobile . The insider reports that the S22 ultra will come in a 1TB model plus 16GB of RAM, and will ship later this year.

That’s double the storage found in the largest capacity S21 ultra, and would put Samsung’s premium flagship device on a par with the iPhone 13 and iPhone 13 pro max. But Quandt’s price leaks diverge here. According to him, the S22 ultra may only go up to 512GB and not 1TB.

Will the S22 ultra have expandable storage?

MicroSD card slots are becoming increasingly rare on flagship smartphones, with manufacturers opting to increase internal storage (and charging plenty for it) instead of letting owners upgrade with a far cheaper SD card.

The Galaxy S21 didn’t have a microSD card slot and so far there is no reason to assume the S22 will be any different.

This often comes down to which market you live in, or where you buy your phone. Samsung made single- and dual-SIM versions of the S21 and a more recent S21 fan edition, but it isn’t known yet if it will do the same with the S22, nor if a dual-SIM model will be available in the UK at launch.

Does the S22 have a headphone jack?

We can’t answer this with absolute certainty, but it seems very unlikely. Samsung hasn’t included headphone jacks on its Galaxy S phones for a while now, as is the industry trend which also has seen Apple and others remove the port. Instead, S22 buyers will be able to use headphones that connect using Bluetooth or the phone’s USB-C charge port.

Is the Samsung Galaxy S21 ultra bigger than the S21 plus?

For the latest offers on mobile phone contracts, try the links below:

Fancy a Google phone instead? We reviewed the latest Pixel 6 and Pixel 6 pro handsets to see how they stack up

As part of a lawsuit between shareholders and Elon Musk regarding his “funding secured” tweet, new text messages and emails between Musk and people involved have been released. The communications pretty much confirmed how most people saw the situation: Elon Musk took a meeting with the head of...
BUSINESS・21 DAYS AGO
inputmag.com

Elon Musk, the world’s wealthiest man, who thinks tunnels are immune to natural disasters, is purchasing Twitter. The company confirmed on Monday afternoon that it had accepted the billionaire’s offer. “Twitter, Inc. today announced that it has entered into a definitive agreement to be acquired by an entity wholly owned by Elon Musk, for $54.20 per share in cash in a transaction valued at approximately $44 billion,” reads the official press release. “Upon completion of the transaction, Twitter will become a privately held company.”
BUSINESS・21 DAYS AGO
Inc.com

Jeff Bezos, the founder and former CEO of Amazon, and Elon Musk, the CEO of Tesla and soon-to-be owner of Twitter, don't strike me as best buds. The two men have competed over the past few years for the title of the world's richest man, a title Musk holds. They also sort of compete in space, with Bezos' Blue Origin competing against Musk's SpaceX.
BUSINESS・21 DAYS AGO
The Independent

Since the original console launched in 2017, the Nintendo Switch has been incredibly popular with gamers of all ages and, as such, Switch deals are extremely hard to come by.With the ability to bring everything from Pokémon and Animal Crossing to Mario and Zelda to life in your hands, the Switch is undoubtedly one of the brand’s most successful launches ever.But with consistently good sales for a number of years, followed by fluctuating stock levels due to an even greater surge in demand during the pandemic, it makes sense that the brand would be reluctant to offer any major reductions....
FIFA・2 HOURS AGO

UPDATE: The PS5 is now in stock at Game, Scan and The Game Collection. It could restock at Very and Currys this week. Read on for more information.It’s been a year and a half since the PS5 was first released, yet we’re all still here, clinging on to the dream of owning one of the elusive consoles.Shelves remain barren and empty, and restocks still come and go in the blink of an eye thanks to the ongoing global semiconductor shortage sparked by the coronavirus pandemic. This has meant consoles are still tricky to get hold of, both online and in-store.But the situation is getting better...
FIFA・2 HOURS AGO
The Independent

Tesla CEO Elon Musk says his deal to buy Twitter can't move forward unless the company shows public proof that less than 5% of the accounts on the platform are fake or spam.Musk made the comment in a reply to another user on Twitter early Tuesday. He spent much of the previous day in a back-and-forth with Twitter CEO Paraj Agrawal, who posted a series of tweets explaining his company’s effort to fight bots and how it has consistently estimated that less than 5% of Twitter accounts are fake.In his tweet Tuesday, Musk said: “20% fake/spam accounts, while 4...
BUSINESS・2 HOURS AGO
The Independent

What’s the best way to listen to music? We’re not talking about music streaming services – that’s another kettle of fish entirely – or weighing up if vinyl is better than the rest. Rather, we’re talking about which speaker will have the privilege of playing your suspect playlists and favourite throwbacks. It’s the most important aspect, of course, but the best Bluetooth speakers aren’t just about sound.With audio technology so good now that sound quality differences are sometimes indiscernible to the layman, brands go the extra mile to make sure your entire listening experience is as good as possible. From...
ELECTRONICS・2 HOURS AGO