Stock Market Crash: ‘Godfather’ of Technical Analysis Predicts 20% Drop — Should You Be Concerned? 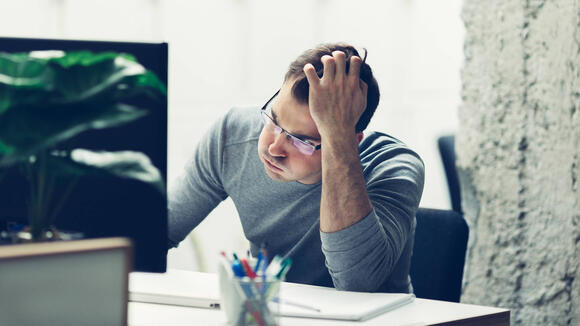 It has been a tough year so far for the U.S. stock market, with major indices like the S&P 500, Dow and Nasdaq all declining since the beginning of 2022 after delivering strong gains in 2021. At least one market expert thinks things could get a lot worse .

See: What To Do If Your Stocks Are All Falling
Find: 20 Investments That Are Recession-Proof

Ralph Acampora, a long-time market technician known as the “godfather” of technical analysis, told MarketWatch last week that the stock market could lose at least one-fifth of its value this year based on recent volatility.

“If you had spoken to me on Tuesday I would have said that the market is going to correct [a decline of at least 10%] and I’m now talking 20% or more,” Acampora said in an interview published Friday.

One of his main worries is the performance of the Nasdaq Composite, which recently entered a correction for the first time since March and crossed below its 200-day moving average for the first time in nearly two years, MarketWatch reported.

See: What Is a Market Correction and What’s It Mean for You?
Find: Bullish vs. Bearish Investors — Which Are You?

Acampora, an early adopter of trading based on price charts, has advised his clients to proceed with caution. That’s partly because the stock market is due for a correction following an extended bull run, helped by beneficial COVID-era Federal Reserve policies that are due to end this year as the central bank tries to tame inflation and return to something resembling normal.

“I’ve lived through too many bear markets,” Acampora said during the interview. “If we’re honest with ourselves, this market really, really did unbelievable things in the last year and a half.”

Last week was particularly ominous, with stocks having their worst week since the beginning of the COVID-19 pandemic, Bloomberg reported. The S&P 500 closed below its 200-day moving average for the first time since 2020, while the tech-heavy Nasdaq 100 took a hard dive at the end of the week as Netflix shares fell by more than 20%. Meanwhile, Bitcoin briefly dipped below $38,000 to its lowest level in more than five months.

See: Netflix Stock — Should You Buy, Hold or Sell ?
Find: How Much Is Bitcoin and How To Buy It — 4 Simple Steps

“The Nasdaq’s breaking down…technology is going to pull us down, and Bitcoin below $40,000 is a significant breakdown for sentiment,” Acampora said. “So, I am a little concerned. Now we’re talking a bear phase.”

While he says investors should be cautious over the near term, he also offered advice on when to get back in: Keep an eye on the CBOE Volatility Index, or VIX. When it rises to 38 or 40, that’s a sign that the market could be bottoming. The VIX’s historical average ranges between 19 and 20 but had risen to just over 30 early Monday, Jan. 24.

Acampora suggests waiting for a bottoming pattern — with the market hitting higher lows and higher highs — before looking at the downturn as a buying opportunity.

This article originally appeared on GOBankingRates.com : Stock Market Crash: ‘Godfather’ of Technical Analysis Predicts 20% Drop — Should You Be Concerned?

Americans looking for relief from high inflation could see a tiny glimmer of hope this week if they squinted their eyes really hard, as a pair of reports showed that inflation in April eased slightly...
BUSINESS・2 DAYS AGO
GOBankingRates

Investing in Bitcoin isn't the only way to get in on the blockchain action. These top blockchain stocks are less expensive but still packed with potential.
STOCKS・2 DAYS AGO
GOBankingRates

Investing is well-known for being a strategy that adds to a financial portfolio. Unfortunately, it's not a particularly accessible topic. According to a recent GOBankingRates survey of 1,000...
EDUCATION・2 HOURS AGO
electrek.co

As part of a lawsuit between shareholders and Elon Musk regarding his “funding secured” tweet, new text messages and emails between Musk and people involved have been released. The communications pretty much confirmed how most people saw the situation: Elon Musk took a meeting with the head of...
BUSINESS・21 DAYS AGO

Silk Road founder Ross Ulbricht is forfeiting billions of dollars worth of Bitcoin (BTC) and other crypto assets to the US government. According to a new court filing, Ulbricht will relinquish any claim to over 69,000 BTC and undisclosed amounts of Bitcoin Gold (BTG), Bitcoin SV (BSV) and Bitcoin Cash (BCH) worth a combined $3 billion as part of a settlement.
PUBLIC SAFETY・21 DAYS AGO
Inc.com

Jeff Bezos, the founder and former CEO of Amazon, and Elon Musk, the CEO of Tesla and soon-to-be owner of Twitter, don't strike me as best buds. The two men have competed over the past few years for the title of the world's richest man, a title Musk holds. They also sort of compete in space, with Bezos' Blue Origin competing against Musk's SpaceX.
BUSINESS・20 DAYS AGO
GOBankingRates