In 2021, the S&P 500 had a stellar year, jumping more than 25%. But some high-growth stocks did not have the same strong performance. Many got crushed in 2021, yet analysts still see a bright future for some of these stocks.

RBC Capital's Matthew Swanson has a price target of $56 for PubMatic (NASDAQ: PUBM) , which implies a whopping 127% upside. Credit Suisse 's (NYSE:CS) Timothy Chiodo has an even brighter outlook on Riskified (NYSE: RSKD) in the short term with a price target of $22, implying 249% upside. While long-term investors should be focused on three to five years into the future, it's worth looking at some companies that analysts think could perform well in the next year. 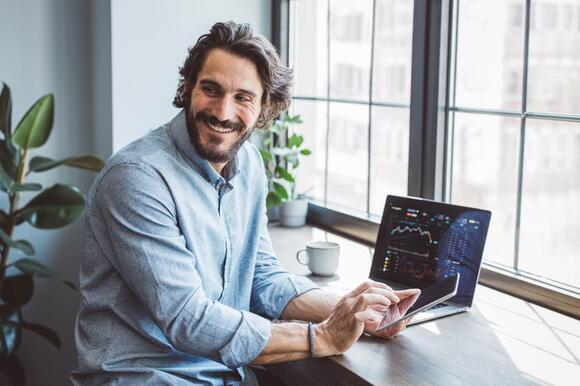 PubMatic faces stiff competition, but it is growing much faster than its competitors and has advantages that could allow it to become the leader in the space.

Magnite (NASDAQ: MGNI) is the leader on the sell side of adtech, but its growth is not nearly as impressive as PubMatic's. In the third quarter of 2021, PubMatic's revenue grew 54% year over year while Magnite's grew 116% year over year, but that doesn't tell the whole story.

On a pro forma basis, Magnite's revenue only grew 26% year over year. Its pro forma revenue growth adds the quarterly revenue from recently acquired SpotX and SpringServe into the year-ago results, but even this doesn't show the true organic growth of Magnite. That 26% growth could be coming solely from its acquisitions instead of Magnite's core business. Nonetheless, even if the 26% pro forma growth came solely from its core business, it is just half of PubMatic's organic growth.

PubMatic also has strong competitive advantages. It has built its technology infrastructure in-house instead of relying on third-party providers to handle all of the data it receives, allowing PubMatic to be incredibly profitable. Without needing to pay third parties, the company has been able to produce 18% net income margins for the first nine months of 2021 -- much higher than Magnite, which is breakeven over the same period.

PubMatic also has a focus on the future: a world without cookies. Big publishers like Apple (NASDAQ: AAPL) and Alphabet (NASDAQ: GOOG) (NASDAQ: GOOGL) are planning to abolish cookies, which are a crucial way adtech companies receive data for their businesses. However, PubMatic has focused on alternative sources for data that do not involve cookies: In the third quarter, two-thirds of its revenue came from those alternative sources. Magnite does have a service that works with cookie-less identifiers, but PubMatic's focus on this is much stronger.

RBC's projection would put PubMatic at a $2.87 billion market capitalization, much bigger than Magnite's current market capitalization of $1.8 billion. Additionally, PubMatic trades at only 29 times earnings, a low valuation for a company growing at such a high rate. This projection is aggressive, but with PubMatic's competitive advantages and its organic success, I think it is certainly achievable.

Riskified also has the potential to skyrocket in 2022. The company uses artificial intelligence (AI) to precisely detect fraud in the e-commerce space for merchants. On average, Riskified's top 10 e-commerce customers have saved 39% in operating expenses, primarily from losing fewer goods to fraudulent orders. Meanwhile, they made 8% more in revenue from sales that were once thought to be fake. As a result of these outcomes for its customers, Riskified has seen less than 2% customer churn.

The company has been expanding into new industries, including the cryptocurrency space, where fraud is common. Because of its expansion into these markets, the company has been ramping up spending on marketing and development, resulting in a net loss of $87 million in the third quarter of 2021. The company also had free cash flow of negative $11 million in the first nine months of 2021. But Riskified has over $440 million in cash on hand, so these losses shouldn't be too worrisome for the next few years.

The stock has been hammered, falling over 84% from its all-time highs. This has dropped its valuation down to four times sales -- a steal if the company can continue to provide its customers with the immense savings it has in the past. Credit Suisse's projected 249% upside would imply the share price rising back up to $22, which would be right under the price that the company came public at.

If Riskified can see success in its new markets and refine its AI engine to provide the value it has in the past, reaching this price is possible. In fact, over the next five years, I think the company is likely to surpass it.

10 stocks we like better than PubMatic, Inc.
When our award-winning analyst team has a stock tip, it can pay to listen. After all, the newsletter they have run for over a decade, Motley Fool Stock Advisor , has tripled the market.*

They just revealed what they believe are the ten best stocks for investors to buy right now... and PubMatic, Inc. wasn't one of them! That's right -- they think these 10 stocks are even better buys.

Enjoy your "Golden Years" while these stocks preserve and build your nest egg.
STOCKS・2 DAYS AGO

This business should benefit as cryptocurrency adoption accelerates.
STOCKS・2 DAYS AGO
inputmag.com