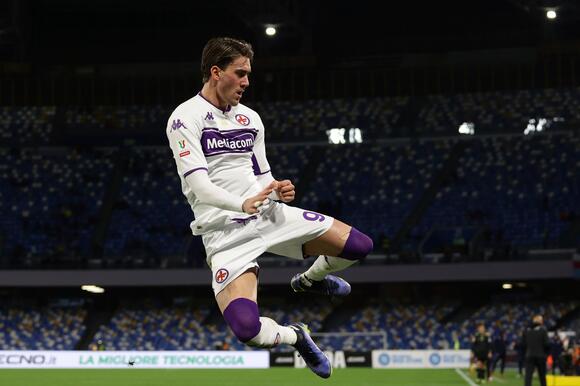 In a pivotal week, Premier League clubs are looking to push through deals as the transfer window shuts.

Tottenham look keen to make moves with Antonio Conte not hiding his dissatisfaction as the club’s inability to strengthen yet, with Dele Alli and Giovani lo Celso both likely to be pushed out the door after being left out of the squad for the 2-0 defeat to Chelsea. While Arsenal are also in the market for a striker, with Fiorentina’s Dusan Vlahovic top of their list, though Juventus may move should it emerge that the Viola cannot hold on to the Serbian forward until the summer.

Meanwhile, Newcastle continue to be busy, having already signed Kieran Trippier and Chris Wood, with Eddie Howe desperate for reinforcements to boost their hopes of avoiding relegation. Netherlands left-back Mitchel Bakker from Bayer Leverkusen has been linked, while Jesse Lingard, or even alli, could emerge as Howe targets an attacking midfielder.

Jesse Lingard is another name to monitor, with the Manchester United star eager to leave on a loan deal to gain first team football , with Ralf Rangnick unable to hand him the role he craves after a successful loan to West Ham last season.

Liverpool remain active with young talent top of their list of priorities, having been linked to Real Madrid’s French starlet Eduardo Camavinga and Fulham winger Fabio Carvalho. Follow all the latest transfer news , rumours and done deals below.

Brentford will be on ‘max power’ against Leeds, Thomas Frank insists

Thomas Frank has warned relegation-threatened Leeds United his Brentford side will go full throttle for victory on Sunday.The Dane has no intention of easing up for the season’s final game despite the Bees having long since guaranteed their Premier League status.That could be bad news for Leeds, who head to the Brentford Community Stadium in the bottom three and needing to better Burnley’s result against Newcastle to avoid the drop.“The players train very hard, and I can’t see them taking their foot off the gas and not going max power on Sunday,” said Frank.“There can be that little bit of...
PREMIER LEAGUE・1 HOUR AGO
The Independent

The 2021-22 Premier League is almost over and that means it is time for our team of the season.We asked our football writers to select their preferred formation and best XI of the campaign, before adding up the votes to create The Independent’s team of the season.Unsurprisingly, players from Liverpool and Manchester City make up seven of our final XI, as the two standout teams who are still battling for the title on the final weekend. Tottenham offer up a deadly attacking duo, Chelsea give us a tenacious centre-back, and West Ham’s box-to-box maestro takes up the final spot in...
PREMIER LEAGUE・2 HOURS AGO
The Independent

There were thousands of them on the pitch, celebrating Everton’s worst season for 24 years. Or more accurately, celebrating that it had not become their worst for seven decades. Relegation battles can do strange things and Everton, a fractured club and a failing team, have become united, a form of inspiration coming amid desperation, a fanbase who were often unhappy when they were higher up the league now jubilant, cavorting because safety was secured. A sense of peril, of imminent disaster, had channelled everything, brought everyone together. “People will say you are celebrating staying up but it means so much,”...
PREMIER LEAGUE・4 HOURS AGO
The Independent

Frank Lampard ranked escaping relegation as “possibly at the top” of his managerial career after Everton secured their top-flight status with one match to spare thanks to a 3-2 win over Crystal Palace.The Toffees will play in the top flight for a 69th consecutive campaign – only Arsenal currently have a longer run with their 97th campaign coming up – but it was not easy.Having struggled all season to be in the situation where they were two matches away from potentially losing their long stay in England’s highest division, Lampard’s players made even more hard work of it in their...
PREMIER LEAGUE・3 HOURS AGO

Hearts’ Scottish Cup embarrassment laid the foundations for their revival, according to sporting director Joe Savage.Robbie Neilson’s side face Rangers in Saturday’s final at Hampden Park aiming to end a 10-year wait for the trophy.It is a world away from last season when they crashed out to Highland League champions Brora Rangers 2-1 in one of the biggest shocks in the competition’s history.It sparked protests against owner Ann Budge but just 14 months later Hearts have finished third in the cinch Premiership and are guaranteed a return to Europe for the first time in six years.Savage has helped spearhead the...
SOCCER・2 HOURS AGO
The Independent

Accrington chairman Andy Holt has warned this week’s pitch invasions are a “disaster” for football which could lead to increased ticket prices to help cover additional security costs or even the return of physical barriers.The issue of crowd disorder and player protection is under the spotlight after the end of the regular English Football League season and the play-offs were marred by pitch invasions.A Nottingham Forest season-ticket holder, Robert Biggs, was jailed for 24 weeks after he deliberately charged at Sheffield United player Billy Sharp at the City Ground on Tuesday, headbutting him and knocking him to the ground.At Northampton...
PREMIER LEAGUE・3 HOURS AGO
The Independent

Rebekah Vardy accepts it is possible that her friend and former agent may have been the source of leaks at the centre of the High Court libel case she has brought against fellow footballer’s wife Colleen Rooney, her barrister has revealed.Hugh Tomlinson QC said Ms Vardy and her agent Caroline Watt occasionally “used the language of leaking”.In a social media post that quickly went viral in October 2019, Coleen Rooney said she had set up a “sting operation” to catch whoever was passing on stories about her to The Sun, and concluded the leaks came from “Rebekah Vardy’s account”.The wife of former England star Wayne Rooney,...
U.K.・15 HOURS AGO