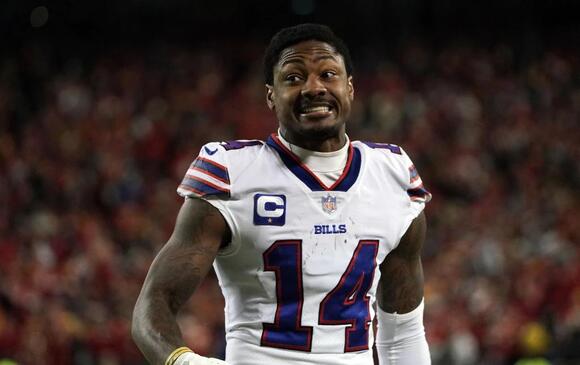 Stefon Diggs and the Buffalo Bills are once again reeling following a heartbreaking loss to the Kansas City Chiefs in the AFC Divisional Playoffs.

For Diggs and his Bills, this represents the second consecutive time their season has come to an end against the Chiefs in January.

Perhaps already sensing the frustration of another loss, Diggs decided to go after a fan at Arrowhead in the fourth quarter Sunday night. He was more than justified, too.

Do stupid things, and pay the piper.

As for the tackle itself, we’re talking some great form from Diggs here. He led with his shoulder and knocked the dude to the turf in epic fashion.

Unfortunately, Diggs struggled to do anything of substance during the game. He caught just three passes for seven yards on six targets en route to seeing Buffalo lose by the score of 42-36 in overtime.

At least, he had one highlight-reel moment during the game.

There’s been some growing talk that embattled Washington Commanders owner Daniel Snyder could be forced to sell the team as
DENVER, CO・14 HOURS AGO
Sportsnaut

Whether it’s merited or not, the knock on Lamar Jackson has always been his passing ability. It’s a major reason
HUNTINGTON BEACH, CA・1 DAY AGO

Luka Doncic and the Dallas Mavericks are up against it in their Western Conference Finals series against the Golden State
DALLAS, TX・16 HOURS AGO
Sportsnaut

Nothing gets the people going quite like the Stanley Cup Playoffs. Find out how to live stream every NHL Playoff game here.
NHL・17 HOURS AGO
Sportsnaut

Earlier on Tuesday, a report broke that the NFL Pro Bowl game could be replaced with powers that be believing
NFL・12 HOURS AGO
Sportsnaut

The Indianapolis Colts signed free agent running back Ty’Son Williams on Tuesday, two weeks after the Baltimore Ravens withdrew their
INDIANAPOLIS, IN・20 HOURS AGO
Sportsnaut