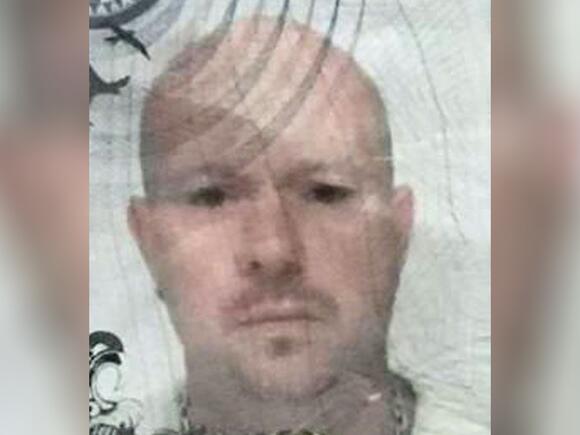 A British man has been killed and another injured in an attack believed to involve a sickle in Thailand .

Marcus Evans, a 49-year-old from Berrow in Somerset , was killed in the early hours of Saturday in the western Kanchanaburi region.

He was found dead at his home with knife wounds, according to police.

A 55-year-old man, also British, was injured and taken to hospital. He was reportedly a friend of the British man who was killed.

Thai police said they had arrested a 22-year-old man in connection with the incident, which they believe involved a rice sickle.

The instrument – which has a curved metal blade and is used to harvest rice – was reportedly found at the scene.

Police said their initial investigations suggested the Thai suspect may have attacked the men for drinking and playing music loudly in the early hours.

Officers said the suspect was being given psychiatric support, Sky News reported.

A spokesperson for the Foreign, Commonwealth and Development Office said the government was in contact with Royal Thai Police “following the death of one British man and the hospitalisation of another in Thailand”.

The department said it was ready to provide consular support following the events.

The youngest victim of a family of four stabbed to death at home in southeast London had moved in just days earlier, it has emerged as a murder suspect remains in hospital.Grandmother Dolet Hill, 64, her partner Denton Burke, 58, daughter Tanysha Ofori-Akuffo, 45, and granddaughter Samantha Drummonds, 27, were all found dead inside the terraced house in Delaford Road, Bermondsey, after officers forced entry at about 1.40am on Monday.It has since emerged Samantha, the daughter of Tanysha, reportedly told a neighbour she was returning to the family home in Bermondsey for a week while she had some work done...
PUBLIC SAFETY・24 DAYS AGO
The Independent

Family pay tribute to doctor who died after being attacked

The family of a retired doctor who died a month after being attacked have remembered him as “a man of great patience, modesty and integrity”.Dr Kim Harrison, 68, was assaulted in the village of Clydach, near Swansea in Wales, on March 12.He died in hospital from a head injury on April 9, South Wales Police said.Dr Harrison’s family said he trained at the Royal Brompton Hospital in London and went on to help set up the respiratory unit at the Morriston Hospital in Swansea.Whilst we deeply mourn the loss of an exceptional man, we wish to celebrate his fulfilled and...
HOME & GARDEN・24 DAYS AGO
The Independent

A musician obsessed with serial killers was acting out his warped fantasies when he brutally murdered a teenage girl, a court heard.Cody Ackland, 24, who was a guitarist with local indie band Rakuda, was leading a double life and had a secret morbid fascination with serial killers.The car valet was unknown to the police when he bludgeoned 18-year-old Bobbi-Anne McLeod with a claw hammer.Plymouth Crown Court heard Ackland attacked her as she waited for a bus in Plymouth in November last year.He then loaded the semi-conscious teenager into the footwell of his Ford Fiesta and drove her 20 miles to...
PUBLIC SAFETY・1 DAY AGO
The Independent

A five-year-old boy is recovering from injuries he suffered after being brutally attacked by two pit bull dogs that jumped out of a neighbour’s van.Hunter Callender was attacked earlier this month while playing outside his grandmother’s house with his sister in Michigan. His family say the youngster suffered serious facial injuries that have required reconstructive surgery.“The neighbours son has two pit bulls that apparently escaped his vehicle while he was getting something out of it. The two dogs ran and violently attacked Hunter, causing him to suffer broken bones to his face, gashes to his head, face and neck,” a...
MICHIGAN STATE・3 HOURS AGO

A woman has been found guilty of murdering a baby she was trying to adopt.Laura Castle was convicted at Preston Crown Court of murdering one-year-old Leiland-James Corkill.Leiland-James had been placed with Castle and her husband Scott Castle by authorities in Cumbria less than five months before his death from catastrophic head injuries.The youngster was a “looked-after child” who was taken into care at birth before he was approved to live with his prospective adoptive parents from August 2020.Ms Castle rang for an ambulance on the morning of 6 January last year and reported Leiland-James had fallen off the sofa, injured...
PUBLIC SAFETY・3 DAYS AGO
NBC News

Lawyers for a Florida man say he continues to fight for his life after he was “cooked alive” earlier this year, when a sheriff’s deputy is alleged to have shot him with a stun gun while the man was covered in gasoline from having fueled his dirt bike.
OSCEOLA COUNTY, FL・1 DAY AGO
Fortune

Sign up for the Fortune Features email list so you don’t miss our biggest features, exclusive interviews, and investigations. Two Russian oligarchs found dead alongside their families within 48 hours of each other are the latest high-profile executives to die in mysterious circumstances since the beginning of the year.
PUBLIC SAFETY・25 DAYS AGO
The Guardian

This is the surreal moment 21 migrants were found concealed inside two wooden crates during a traffic stop in Texas. The shocking findings took place April 6 when state troopers and U.S. Border Patrol agents pulled over a pickup truck and disrupted the human smuggling attempt in Laredo. Footage released...
LAW ENFORCEMENT・24 DAYS AGO
Newsweek

Bodycam footage captured the snake slithering around the room as an officer attempted to capture it.
BOYNTON BEACH, FL・24 DAYS AGO
Reason.com

How was a man in a Louisiana prison who was supposed to be on suicide watch allowed to smoke insecticide, leading to his death?. That's the question Jennifer Bartie wants answered. The man was her son, 37-year-old Javon Kennerson, who died in December 2020 several weeks after falling into a sudden and severe mental health emergency.
PUBLIC SAFETY・24 DAYS AGO
Fox News

A sheriff in Florida arrested his own daughter on drug charges as his department continues its war on addictive substances. Franklin County Sheriff A.J. Smith gave a statement on April 19 confirming that his daughter, Kristen Kent, had been arrested under suspicion of meth trafficking two days prior. "Methamphetamine does...
FLORIDA STATE・24 DAYS AGO

One man has been arrested after the bear was trapped under the wheel of a tractor and tied to an earth mover.
PUBLIC SAFETY・24 DAYS AGO
Washington Examiner

Foster mother Cristal Starling faced a lose-lose proposition after officers raided her Rochester, New York, apartment in October 2020 and took all the cash they could find. Starling’s choices were simple: She could pay more than half of the seized amount to an attorney to help her fight back, or she could settle out of court and split her money 50-50 with law enforcement.
ROCHESTER, NY・24 DAYS AGO
The Independent

A woman who lost both arms in a savage pit bull attack keeps asking her mum to hold her hand during recovery.While Kyleen Waltman, 38, is conscious and in "good spirits", she doesn’t fully comprehend the extent of her injuries, according to sister Amy Wynn."At times we don’t think she has gripped the fact she has lost her arms because she will ask our mama to hold her hand and mama says ‘I am’, and Kyleen will say, ‘OK’," Ms Wynn said in a GoFundMe update, which has raised more than $212,000 for medical expenses."It’s sad to see her like...
ACCIDENTS・24 DAYS AGO
The Independent

Two friends who kidnapped a schoolgirl, beat her with nunchucks and repeatedly raped her have been convicted.The 17-year-old victim was groomed and exploited as part of a County Lines operation which ran drugs from London to Ipswich, police said.She was taken from her home in the Suffolk town by Abdul Howe, 21, who she initially got to know over social media before meeting in London.Howe first took her to a hostel in Ipswich, where she was assaulted with nunchucks and raped, before he forced her to travel back to his home address in Hammersmith, west London, where his friend, Ajani...
PUBLIC SAFETY・2 DAYS AGO
The Independent

A teenager was “unsettled” on the day she was last seen alive because of the imminent release from prison of the man she had accused of raping her, an inquest heard.Gaia Pope-Sutherland, 19, had been diagnosed with post-traumatic stress disorder after revealing she had been raped by a man when she was 16.Dorset Coroner’s Court heard the student, who suffered from severe epilepsy, was reported missing from her home in Swanage, Dorset, on November 7 2017.A large search operation was launched in the Swanage area for the teenager, including police, HM Coastguard, National Police Air Service, Dorset Search and Rescue...
PUBLIC SAFETY・24 DAYS AGO
Newsweek

The counterfeit bills will "look authentic, and may even feel authentic," warned Newton County Sheriff's Office in Georgia. Previous incidents have been linked to auto thefts.
COVINGTON, GA・24 DAYS AGO
The Independent

Woman shocked after being charged $40 for ‘crying’ at doctors appointment

A woman’s tweet has gone viral after she shared a picture of her sister’s medical bill from a recent doctor’s visit, in which she claims that her sister was charged $40 for crying during the appointment.Camille Johnson is a 25-year-old content creator living in Brooklyn, New York. On Monday, she tweeted a picture of her sister’s medical bill, which has since gained more than 340k likes and 55k retweets. “My little sister has been really struggling with a health condition lately and finally got to see a doctor,” she wrote. “They charged her $40 for crying.”The itemised medical bill showed...
PUBLIC SAFETY・2 DAYS AGO
Newsweek

The mother has questioned whether the soldiers would let her son live even if she did send the money.
MILITARY・25 DAYS AGO