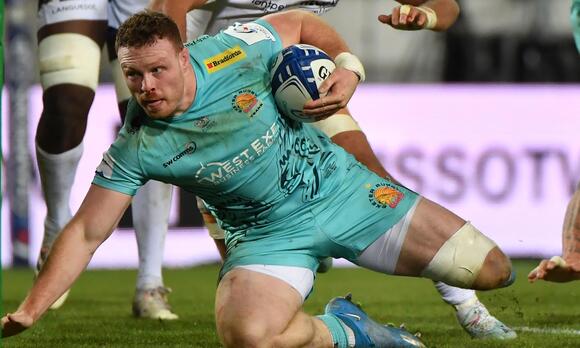 This season’s Heineken Champions Cup has been a logistical nightmare but the tournament’s knock-out stages could yet offer some seriously good viewing. Despite the Covid issues that prompted the cancellation of several games in the past month, some potentially fierce two-leg contests now await in the last 16.

Leicester, the current Premiership leaders, now face a fascinating home and away duel with Clermont Auvergne while the English champions Harlequins will be up against Montpellier, who have managed to sneak into the last eight despite shipping 89 points at Leinster in round three.

Among the other stand-out ties will be the all-Irish encounter between Leinster and Connacht and a Parisian ‘derby’ between Racing 92 and Stade Français. The defending European champions Toulouse also face a potentially tricky assignment against Ulster while last year’s beaten finalists La Rochelle are involved in another all-French rendezvous with Bordeaux.

Bristol, for their part, can look forward to an all-English collision with Sale, which will at least simplify the travel arrangements of both sides, and Munster will meet Exeter following a fluctuating final afternoon of pool action. Exeter’s see-sawing 37-26 loss in Montpellier and Wasps’ convincing 45-7 defeat at Thomond Park ultimately tipped the balance, with a total of five English clubs joining seven French sides and four from Ireland in making it through the pool stages.

The quarter-final lineup is also looking tasty with Leicester, if they progress, potentially in line to meet Leinster in the last eight. Quins, similarly, would be up against the winners of La Rochelle v Bordeaux with a trip to Paris to face Racing 92 potentially in wait for either Bristol or Sale.

Not for the first time, Exeter were indebted to the outstanding Sam Simmonds who scored a hat-trick of tries to sustain a contest which Montpellier led 24-5 at one stage. The dynamic Simmonds, playing his 100th senior game for the club, scored his first within the opening four minutes only for Montpellier’s forward power to wrest back control and lay the platform for tries from the French internationals Anthony Bouthier, Paul Willemse and the ex-Springbok centre Jan Serfontein.

The Chiefs, though, refused to lie down with Simmonds collecting his second before the centre Seán O’Brien grabbed an interception score. Stuart Hogg thought he had scored his side’s fourth try just before the interval, only for it to ruled out for a supposed knock on, but Simmonds’ third try after 50 minutes, following 20 patient phases, briefly put Exeter in front.

A 69th-minute interception try from Cobus Reinach, however, ultimately settled a full-bore contest.

In Limerick Wasps needed a losing or a try bonus point to progress but such objectives were overshadowed by the sight of their flanker Thomas Young being carried off on a stretcher and taken to hospital for scans after sustaining a neck injury following a collision at a ruck late in the first half.

Even before Young’s spirit-sapping departure, things were already going awry for Wasps. Munster had lost Dave Kilcoyne and Keith Earls shortly before kick-off but first-half tries by Conor Murray, Simon Zebo and Jack O’Donoghue gave them a handy cushion. A close range snipe from Robson gave his side a flicker of hope only for Jeremy Loughman, Rory Scannell and a second try from Zebo to extinguish it.

Cardiff, who did their best to fly their flag for the Welsh regions in often trying circumstances, were edged out of contention by a remarkable final quarter in Paris where a 14-man Stade Français recovered from 31-20 down to beat Connacht 37-31 with the final kick of the match.

They will now drop into the last-16 of the Challenge Cup along with Wasps, Northampton, Bath, Castres and Glasgow but this season’s European adventure is now over for the bottom-placed Ospreys and Scarlets. Saracens kept alive their chances of progressing with a 45-24 win over London Irish.

George Ford, meanwhile, is set to join England’s training camp in Brighton this week following Owen Farrell’s latest injury setback . Ford was omitted from Eddie Jones’s original squad last Tuesday but is now in line to return to the matchday squad for the Calcutta Cup fixture against Scotland at Murrayfield on Saturday week.

Surrey and Middlesex lead way before break: county cricket – as it happened

My daughter, Elizabeth Rose, who has died aged 33 from the effects of Crohn’s disease, was a talented artist and curator and disability advocate who documented her illness on social media. Elizabeth developed Crohn’s in her teenage years and thereafter led an extraordinary artistic life, despite the steady progression...
OBITUARIES・2 DAYS AGO

Pennsylvania Republicans have nominated state senator Doug Mastriano to be the next governor. Mastriano is one of the most radical gubernatorial candidates ever to receive a major party nomination. Many Republicans have indulged Trump’s claims that Democrats stole the 2020 presidential election. But few have gone as far as Mastriano...
PENNSYLVANIA STATE・3 DAYS AGO
The Guardian

The exponential increase in saltwater crocodile populations in the Northern Territory in recent decades may be partly a result of them preying on feral pigs, new research suggests. Scientists who have analysed the diets of saltwater crocodiles in the Territory believe the reptiles have shifted from marine prey to predominantly...
ANIMALS・26 DAYS AGO

Trump pays $110,000 in fines after being held in contempt of court – as it happened

Trump must submit additional paperwork to have contempt order lifted, while Biden poll rating dips to new low
POTUS・2 DAYS AGO
The Guardian

Doug Mastriano promoted Trump’s voter fraud myth – if he becomes governor, could he block a result he doesn’t like?
PENNSYLVANIA STATE・2 DAYS AGO
The Guardian

Apocalypse now? The alarming effects of the global food crisis

Apocalypse is an alarming idea, commonly taken to denote catastrophic destruction foreshadowing the end of the world. But in the original Greek, apokálypsis means a revelation or an uncovering. One vernacular definition is “to take the lid off something”. That latter feat is exactly what Andrew Bailey,...
FOOD & DRINKS・1 DAY AGO
The Guardian

Trump isn’t out there with a gun, but he’s enabled this war against black people

Last weekend, just as I finished a live performance in California of Four Questions, the Grammy award-winning jazz collaboration for which I provided spoken words, word reached me about the racist killing of 10 people as they shopped in Buffalo, New York. I try never to be surprised by evil and never paralysed by despair. Instead, my immediate reaction was “here we go again”, with the horror, the suffering and then the now familiar routine of rhetorical gestures and superficial posturing.
POTUS・1 DAY AGO
The Guardian

Technicians linked to the Syrian military’s infamous barrel bombs that have wreaked devastation across much of the country have been deployed to Russia to help potentially prepare for a similar campaign in the Ukraine war, European officials believe. Intelligence officers say more than 50 specialists, all with vast experience...
MILITARY・19 HOURS AGO
The Guardian

New movie set in 80s US and starring Succession star Jeremy Strong with Jessica Chastain as Donald Trump’s sister, traces fault lines of political and social division back to Reagan era
MOVIES・2 DAYS AGO
The Guardian

My ‘lost love’ has contacted me, but my wife is dismayed

The dilemma Forty years ago, as I was leaving school and starting university, I had an all-consuming relationship with a young woman. She ended it in a long, drawn-out way, which left me a wreck. I had a breakdown, which went pretty much unacknowledged by everyone. I staggered through my...
RELATIONSHIP ADVICE・1 DAY AGO
The Guardian

Magazines, production lines and consumer choices suffer as isolation from the west bites
EUROPE・2 DAYS AGO
The Guardian

The big picture: Paul McCartney at his parents’ home in 1962

This intimate portrait of Paul McCartney was taken by his brother before Beatlemania put an end to ordinary life. Mike McCartney took this picture of “our kid” reading the Observer a couple of weeks after the release of the Beatles’ first single, Love Me Do, in October 1962. The record had reached number 17 in the charts. He and Paul were still living at home, 20 Forthlin Road, in Allerton, south Liverpool. “This was the time before the time,” he told me last week. “We were just working-class Liverpool people trying to survive with our dad after our mum had died.”
MUSIC・1 DAY AGO
The Guardian

A notorious Hungarian racist who has called Jews “stinking excrement”, referred to Roma as “animals” and used racial epithets to describe Black people, was a featured speaker at a major gathering of US Republicans in Budapest. Zsolt Bayer took the stage at the second day of...
POTUS・1 DAY AGO