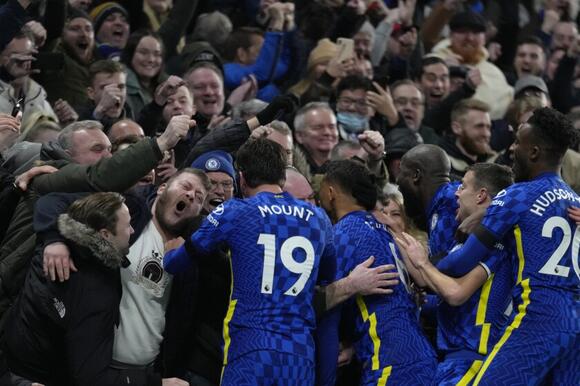 A superb strike from Hakim Ziyech and Thiago Silva’s headed goal gave Chelsea a 2-0 win over Tottenham to end a four-match winless run in the Premier League on Sunday.

Silva helped to protect parity before scoring, falling under a foul from Harry Kane in the first half to see the Tottenham striker's goal ruled out.

Chelsea’s first league win in five eased the heat on Thomas Tuchel as he marks a year as manager with his team in third place.

Tottenham fell to seventh spot, trailing the third-placed Blues by 11 points but with four games in hand.