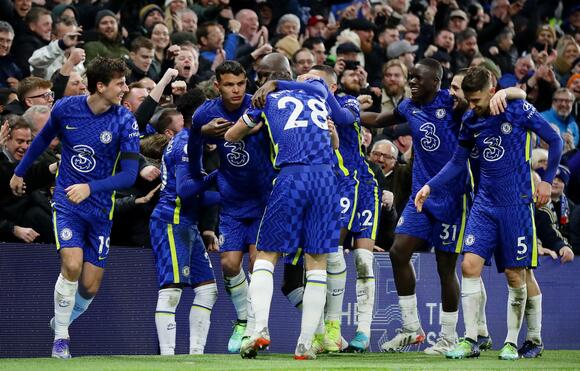 Push comes to shove for Tottenham Hotspur, as Chelsea are launched back up the table by one divine delivery.

Thomas Tuchel claimed his first Premier League win of 2022 as Antonio Conte also suffered his first league defeat as Spurs manager, although this 2-0 win was still more commanding than it was controversial.

The extent of the difference between the sides is actually reinforced by another figure, which is that this was Chelsea’s third win over their London rivals in as many weeks. Spurs will say the game could have gone a different way if the decision over Harry Kane’s disallowed goal had gone another way, but most of the play was only going in one direction.

Chelsea did require an effort to supremely change direction in order to make good on that, as the resurgent Hakim Ziyech offered the moment of the game in terms of pure play – and probably one of the goals of the season – if not its most discussed incident.

As if to bring it all full circle, Spurs might even point to the fact that Thiago Silva gave a little nudge of his own for the header that confirmed the win. 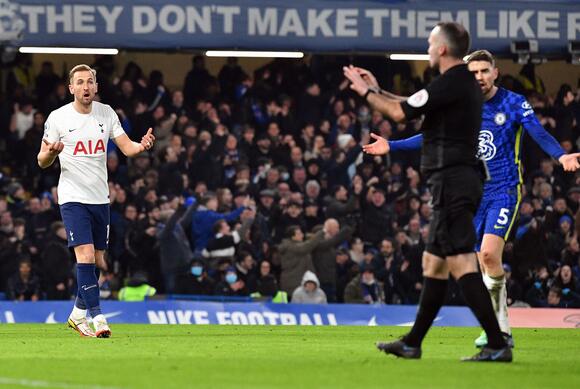 It wasn’t so visible. This is what ultimately counted against Kane.

As Silva fell to the ground, the striker’s arms were outstretched, having previously been on his back.

Kane was left to turn and shoot well but, for all the complaints about VAR, the referee’s whistle was immediate. The visiting cheers were immediately ruled out.

The greater issue for Spurs was really that it was a rare attack. It was impossible to say Chelsea didn’t deserve the victory, even if Kane’s goal didn’t deserve to be ruled out. 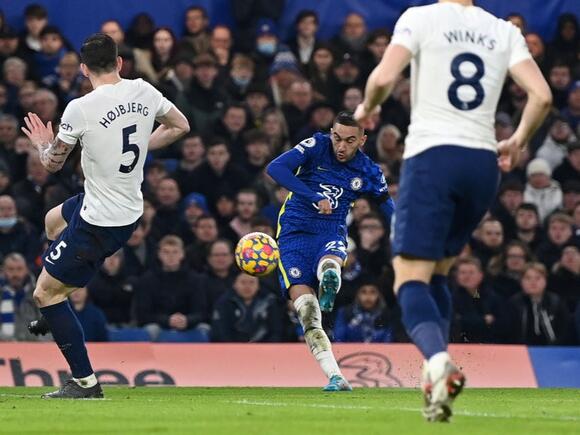 The majority of the game was played in the area in front of Hugo Lloris’s box. As late into the game as the 30th minute, Cesar Azpilicueta had as many touches in the Tottenham third as Kane had on the entire pitch.

It is still difficult to criticise Conte too much for this, even though it felt an approach straight from the Jose Mourinho playbook – but in terms of actual football tactics and wider transfer window tactics.

The entire set-up emphasised the reality that Spurs need recruitment if they are to take a good opportunity to finish in the top four. Manchester United’s result on Saturday only reinforces that. 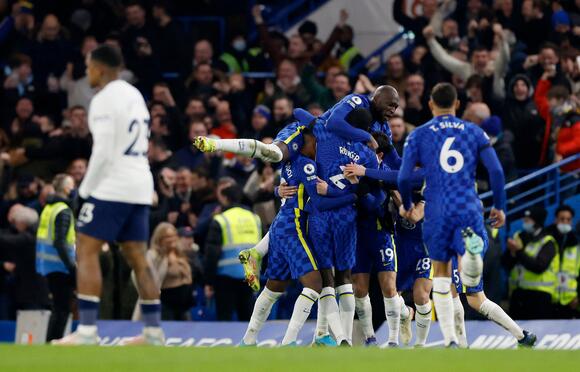 Chelsea have pulled away again, but the truth is the gap shouldn’t have been closer.

Conte’s approach was an acknowledgement that Tuchel’s squad is much bigger and better.

The game’s next defining moment, which was also its most divine, summed all that up.

Ziyech came in as part of Chelsea’s big 2020 summer upgrade, but it’s fair to say he hasn’t been a domineering star so far.

He’s mostly been a bit-part player, an “option”, whose future at the club has even come into question.

This was maybe Ziyech’s best game, and without doubt his best moment.

As the playmaker picked up the ball on the edge of the box, the space available ensured you could see what he was about to try.

That made it tantalising. 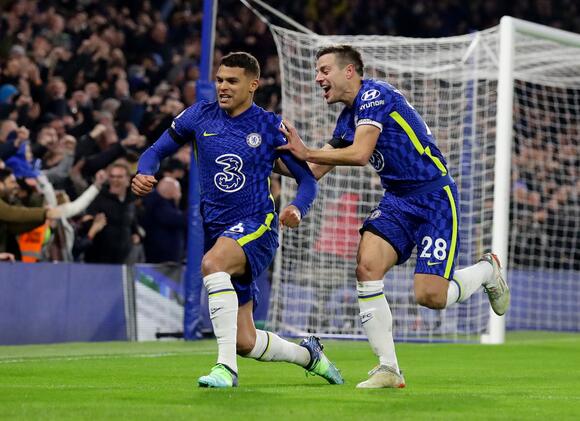 What really made it astounding, though, was how it proved bewitching even as you knew what Ziyech was trying to do.

He went for the curl, but the ball still looked like it was going over even as it got to the crossbar. That was only part of its deceptive brilliance, though. Such was the exquisite quality of the delivery that the ball curved and dropped just when it needed to, leaving Lloris completely wrong-footed. Ziyech hadn’t just caught it right. He’d caught it perfectly, as Chelsea took control of the game.

With Conte having based Spurs’ entire approach on not conceding, they had too much of a switch to make, and the game really was only going one way now.

There was even Silva’s own little touch – quite literally – to secure the points.

The centre-half used his own strength amid some jostling in the box, to give himself the space to meet Mason Mount’s fine free-kick.

That settled it. Kane did bring one fine save from Kepa Arrizabalaga but Chelsea were in control.

They are now back in command of third place, after a few weeks when it looked unnecessarily difficult.

All they needed, it seemed, was another match against Spurs. Spurs would point to how that required a decision like the one that went against Kane.

The truth is they require much more, particularly in terms of recruitment, if they really want to match such sides. An opportunity for top four is closing again. Conte may well stress this to Daniel Levy as we come to the last week of the transfer window.

It’s time, well, for push to come to shove.

When Mohamed Salah insisted he wanted Real Madrid in the Champions League final, it wasn’t just about revenge, or even himself. It reflected the view of a fair few people within Liverpool, but also the top levels of European football.A grand showdown with Manchester City would have represented the zenith of modern football, bringing an era of rivalry to a peak, but it also would have peaked in terms of emotional intensity and Premier League domination. Jurgen Klopp’s players would have been ready, of course, but a third all-English final in four years would likely have been subject to the...
UEFA・1 HOUR AGO
The Independent

Roma manager Jose Mourinho insisted he will stay at the club in an emotional interview following their Europa Conference League title win.Mourinho’s side beat Feyenoord 1-0 in the final to seal the Special One’s fifth European trophy of his career. The title saw the manager become just the second boss of all time to win five in Europe. He has won the Champions League, Europa League and Uefa Cup and the latest achievement has inspired him to remain in Italy.“This was not work tonight, this was history,” he told Sky Italia. “We had to write history. We wrote it.“The Conference...
PREMIER LEAGUE・56 MINUTES AGO
The Independent

Marcus Rashford has announced he is now engaged to marry his long-time girlfriend, Lucia Loi.The Manchester United star posted a photograph on his Instagram, revealing how he set the stage for the proposal in Los Angeles.The pair are seen sharing a kiss in front of a giant heart-shaped arch and a floral bed made of hundreds of white roses, surrounded by fairy lights and numerous column candles.Rashford, 24, captioned the romantic picture with the date they got engaged, Tuesday 24 May. He also tagged Loi and added a white heart emoji.The couple began dating when they were still in school,...
CELEBRITIES・1 HOUR AGO