Leicester throws away lead again to draw 1-1 with Brighton 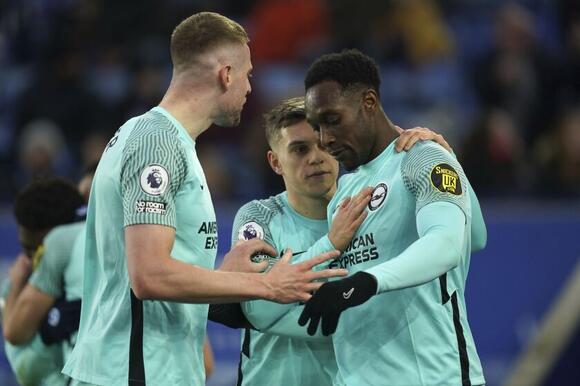 Danny Welbeck recovered a point for Brighton as Leicester threw away another lead.

The striker's downward header from Neal Maupay’s cross beat goalkeeper Kasper Schmeichel via the post in the 82nd minute to seal a 1-1 draw on Sunday.

Graham Potter’s side have scored after the 80th minute in five of their last nine games to snatch points, this time canceling out Patson Daka's close-range goal from a minute into the second half.

Days after conceding two stoppage-time goals to lose 3-2 to Tottenham, Leicester needed Youri Tielemans to clear off the line from Dan Burn and Schmeichel to save from Leandro Trossard to protect the draw.

It dented Leicester's lingering European hopes while a point will embolden the Seagulls, who remain four points above the 10th-place Foxes.