The Sony Group (NYSE: SONY) media conglomerate has been crushing the market recently. Sony stock offered an 11% return over the last 6 months while the S&P 500 stayed flat. Can the Japanese media and electronics giant keep up this positive momentum and deliver robust returns to shareholders in 2022?

Why Sony is a buy

You can think of it as the Japanese version of Walt Disney (NYSE: DIS) or Apple (NASDAQ: AAPL) in many ways. These three companies share unshakable branding power, a laser-like focus on consumer tastes, and a premium image in several different market sectors. Any company that draws easy comparisons to the House of Mouse and Cupertino is clearly doing something right. That's some great company to keep.

Furthermore, Sony is coming back from the pandemic slowdown on a full head of steam. Annualized sales are up by 27% in five years and 16% over the last 18 months.

Looking ahead, Sony is poised to benefit from some of the hottest growth markets available. The company recently broke out its electric vehicle development into a new business unit and launched the PlayStation VR2 virtual reality headset. That combination is about as close to the bleeding edge of consumer trends as you can get these days. 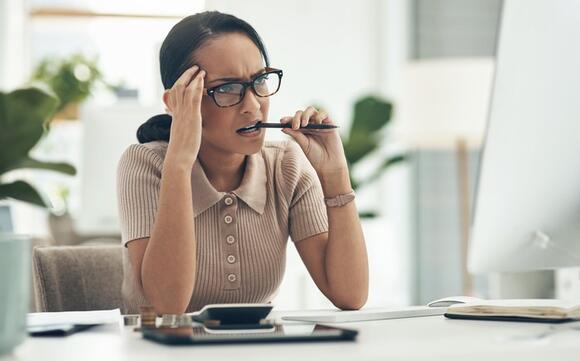 Why Sony is a sell

And there's a massive elephant hanging out in this room, and we need to talk about it. This week, Xbox maker Microsoft (NASDAQ: MSFT) launched a buyout bid for leading video game producer Activision Blizzard (NASDAQ: ATVI) . Activision's stock surged 27% higher on the news, but Sony's shares fell 11% that day. Investors fear that Microsoft might remove popular Activision gaming franchises from the PlayStation platform when the deal is approved, giving gamers plenty of reason to prefer the Xbox ecosystem.

Sony's management expects Microsoft to respect Activision's contractual agreements and long-standing business relationships, and the Xbox team has indicated a future of collaboration.

"Sony is an important part of our industry, and we value our relationship," Microsoft Gaming CEO Phil Spencer said in a tweet. Sony investors did not take this statement seriously, and the stock price stayed down. Talk is cheap, and we won't really know how Microsoft handles Activision's delicate PlayStation partnership until the deal closes in the second half of 2023.

Should you buy, sell, or hold Sony today?

So there are solid reasons to be optimistic about Sony's long-term future and equally valid reasons to worry about the company's more immediate future. On the upside, Sony shares are trading at the valuation ratios of 1.7 times trailing sales and 17.6 times earnings. In the end, we're looking at a potential growth stock with enormous branding power, holding steady in the face of some short-term business challenges. This week's sell-off on the Activision news looks like a reasonable buying opportunity.

At the same time, the weakening bottom-line profits and cash flows are hard to swallow. The electric vehicle and virtual reality efforts look smart in the long run but they won't contribute any profits for the foreseeable future. Sony will be a challenging stock to hold for many investors.

This is a solid long-term play on the media market and consumer electronics at a reasonable price right now, but only if you expect Sony's stalled profits to swing upward again.

10 stocks we like better than Sony
When our award-winning analyst team has a stock tip, it can pay to listen. After all, the newsletter they have run for over a decade, Motley Fool Stock Advisor , has tripled the market.*

They just revealed what they believe are the ten best stocks for investors to buy right now... and Sony wasn't one of them! That's right -- they think these 10 stocks are even better buys.

This business should benefit as cryptocurrency adoption accelerates.
STOCKS・2 DAYS AGO

Three companies that can beat the market in the coming years.
STOCKS・1 DAY AGO
electrek.co

As part of a lawsuit between shareholders and Elon Musk regarding his “funding secured” tweet, new text messages and emails between Musk and people involved have been released. The communications pretty much confirmed how most people saw the situation: Elon Musk took a meeting with the head of...
BUSINESS・26 DAYS AGO
inputmag.com

Jeff Bezos, the founder and former CEO of Amazon, and Elon Musk, the CEO of Tesla and soon-to-be owner of Twitter, don't strike me as best buds. The two men have competed over the past few years for the title of the world's richest man, a title Musk holds. They also sort of compete in space, with Bezos' Blue Origin competing against Musk's SpaceX.
BUSINESS・26 DAYS AGO
The Motley Fool

Enjoy your "Golden Years" while these stocks preserve and build your nest egg.
STOCKS・2 DAYS AGO

They're cheap, have strong moats, and are growing their businesses.
STOCKS・20 HOURS AGO
The Motley Fool

You could make even more with several of the stocks continuing to soar this year.
STOCKS・23 HOURS AGO
The Motley Fool

Coca-Cola and Colgate-Palmolive both generate plenty of cash flow to support their ever-growing payouts.
STOCKS・1 DAY AGO
The Motley Fool

The impact of rising costs took investors by surprise this week.
STOCKS・1 DAY AGO