Cryptocurrency is facing a rough patch right now, with the market's total valuation down 20% year to date to $1.77 trillion at the time of this writing. But blockchain's long-term prospects look intact as the technology improves and investors seek to preserve wealth in a time of spiraling global inflation . Ethereum (CRYPTO: ETH) and Cardano (CRYPTO: ADA) are excellent ways to bet on these long-term trends.

Never underestimate the power of a strong brand. With a market cap of $326 billion, Ethereum represents a whopping 19% of the cryptocurrency market's capitalization. Although the network has fallen behind newer blockchains in speed, it can maintain market dominance because of its first-mover advantage and active development community. 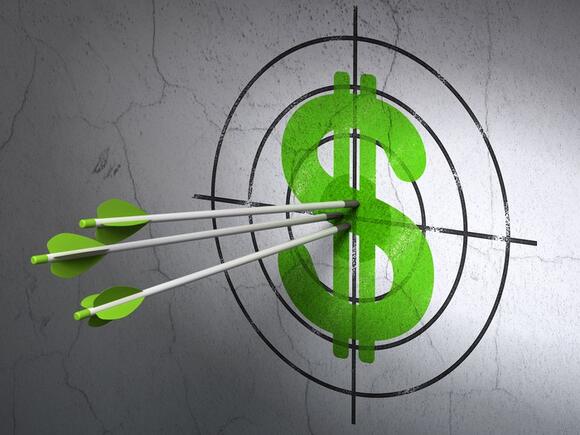 Founded in 2015, Ethereum expanded the possibilities of blockchain technology by allowing users to program self-executing smart contracts to create decentralized applications (dApps). These autonomous programs range from digital art markets to decentralized exchanges where users can buy and sell cryptocurrencies. They have made Ethereum a household name among cryptocurrency investors.

Ethereum is also working to improve its technical capabilities through an update called Ethereum 2.0 , which is designed to make the blockchain more scalable and environmentally friendly. The changes will include switching from a proof-of-work (PoW) consensus mechanism (where miners use enormous computing power to solve puzzles and verify transactions) to a proof-of-stake system (PoS) where miners solve puzzles using existing coins. PoS is faster and doesn't consume as much electricity.

With a market cap of $40 billion, Cardano is the sixth-largest cryptocurrency on the planet. Although it still lacks Ethereum's name recognition, it makes up for that with superior speed and technical capabilities. The platform is also constantly improving itself to keep up with the competition.

Unlike Ethereum, Cardano already has a PoS validation system that can handle about 250 transactions per second. The platform's developer, Input Output Hong Kong (IOHK), also plans to implement an update called Hydra which will increase Cardano's scalability by adding another layer to its blockchain. IOHK hasn't provided much information on when Hydra will go live or how much it will boost the platform's speed. But Cardano is already attracting its fair share of dApp development.

In January, the platform got its first decentralized finance (DiFi) exchange SundaeSwap, which allows users to trade cryptocurrencies and earn interest on their holdings without requiring a centralized intermediary. This project is an impressive vote of confidence in the Cardano network.

Holding for the long haul

The cryptocurrency market is notoriously volatile, with several high-profile crashes since its inception in 2009. But over the long haul, investors with diamond hands have made some pretty life-changing returns. While it is impossible to know when this latest dip will turn around, Ethereum and Cardano look poised to ride the rebound because of their strong branding and active development communities.

Following an epic share price decline of more than 27% this week, Coinbase issued a stark warning to customers: Your crypto is at risk if the exchange goes bankrupt. According to Coinbase's official website, the company has more than 98 million verified users. It is the largest cryptocurrency exchange platform in the United States.
STOCKS・13 DAYS AGO
Fortune

Billionaire Sam Bankman-Fried has lost half his net worth in 2022 but he says the crypto market isn’t going to zero and will recover with stocks: ‘Crypto markets have mostly stabilized’

Sign up for the Fortune Features email list so you don’t miss our biggest features, exclusive interviews, and investigations. It’s been a brutal week for the cryptocurrency market. In the last 24 hours, more than $200 billion of wealth was wiped from the market. Bitcoin (BTC) fell below...
STOCKS・13 DAYS AGO
dailyhodl.com

Hundreds of thousands of crypto traders are getting their positions liquidated as Bitcoin (BTC) and the rest of the digital asset market witness a massive sell-off event. Data from cryptocurrency futures trading and information site Coinglass reveals that $1.01 billion worth of trader positions in crypto assets were wiped out in the last 24 hours.
STOCKS・15 DAYS AGO
dailyhodl.com

Crypto billionaire Brock Pierce says that Bitcoin (BTC) will either fail spectacularly or become massively successful. In a Fox Business interview, Pierce, who is the chairman of the Bitcoin Foundation, says that investors should refrain from going all-in on the leading crypto asset. “[Bitcoin] could go to zero. It’s a...
STOCKS・17 DAYS AGO

With its token still up 429,000 times from its lifetime low, Shiba Inu would "only" need to grow 75 times to hit a market cap of $1 trillion.
COMMODITIES & FUTURE・29 DAYS AGO
Fortune

Sign up for the Fortune Features email list so you don’t miss our biggest features, exclusive interviews, and investigations. As TerraUST founder Do Kwon fought to salvage the failing stablecoin, his wife reportedly sought police protection in the latest blow to a cryptocurrency some fear may trigger a “Lehman moment” for the market.
MARKETS・12 DAYS AGO
dailyhodl.com

Top Crypto Analyst Says One Altcoin Has Dropped to ‘Once in a Lifetime Opportunity’, Updates Bitcoin and Ethereum Forecast

A widely followed crypto analyst says Bitcoin (BTC) could test the $24,000 range before moving up. Crypto trader Michaël van de Poppe tells his 598,300 Twitter followers that BTC must break $29,600 to move back up into the $30,000 range. “Bitcoin has cleared all the liquidity beneath the lows...
MARKETS・12 DAYS AGO
dailyhodl.com

Richest Bitcoin Whale Splurges $90,000,000 on BTC in Less Than a Month Amid Crypto Market Tumble

The richest non-exchange wallet is on a Bitcoin (BTC) accumulation spree despite the downturn in the crypto market. The wallet, which ranks third by the number of Bitcoin it holds behind two exchange wallets, bought approximately 3,015 BTC over the past three weeks. At the start of May, the richest...
MARKETS・6 DAYS AGO

Treasury Secretary Janet Yellen said that financial regulators would soon release a report on the risks of cryptocurrency and other digital assets.
STOCKS・13 DAYS AGO
Markets Insider

Elon Musk told investors he'd probably double or triple their money if they backed his Twitter deal, The NYT reported. He even told them they could see a return of five to ten times if all went well, a source told the newspaper. Musk said Thursday he'd received a further...
STOCKS・19 DAYS AGO
The US Sun

MILLIONS of Americans are set to receive Social Security checks worth up to $1,657 tomorrow. The cash boost will come just 48 hours before Supplemental Security Income payments, worth up to $841, are set to land in around eight million bank accounts on April 29. Seniors with birthdays on the...
BUSINESS・29 DAYS AGO
dailyhodl.com

Bitcoin is down over 7% in the last 24 hours in yet another week of heavy losses, and billionaire investor Mark Cuban says the pain might only be getting started for crypto markets. The Shark Tank star tells his 8.6 million Twitter followers that crypto is going through the same...
STOCKS・15 DAYS AGO

Bill Gates On Why He Doesn't Own Any Cryptocurrency

Microsoft Corporation MSFT founder Bill Gates has said he doesn’t own any cryptocurrency because he prefers to invest in things that have “valuable output.”. What Happened: Over the weekend, Gates responded to a number of questions from users across the world on a Reddit “ask me anything” thread.
STOCKS・2 DAYS AGO
Benzinga

If You Invest In Bitcoin Right Now, You'll Get A Return Of Over 500%: Analysts Predict Massive Upside

Cryptocurrencies, led by Bitcoin BTC/USD, have been through a bloodbath, and the selling doesn't appear to have stalled. Analysts, however, are hopeful that patient investors who are willing to ride out the storm will be adequately rewarded. Bitcoin's Bump-up And Slump: After the nearly 60% gain for Bitcoin in 2021,...
MARKETS・3 DAYS AGO
The Motley Fool

One is a market leader. The other is an up-and-coming player.
MARKETS・10 DAYS AGO
Benzinga

Crypto Analyst Predicts 6 To 8 Months Of Downside For Bitcoin: Brace For $11K Bottom

As the price of Bitcoin BTC/USD continues to hover near the $30,000 mark, a popular crypto analyst says there may still be a lot more downside for the apex cryptocurrency. What Happened: The analyst whose known as “Rager” told his over 207,000 followers that looking at Bitcoin's price history, the bottom may still be months away. “After 190 days from the all-time high, Bitcoin still had another 150 to 200 days until it hit bottom last couple of cycles,” he tweeted.
MARKETS・2 DAYS AGO
Benzinga

If You Invested $1,000 When Elon Musk Said The Price Of Tesla Shares Was Too High, Here's How Much You'd Have Now

The world’s richest man is no stranger to using the social media platform Twitter Inc (NYSE: TWTR) to share his opinions on numerous topics. A tweet in 2020 highlighted the share price of one of his own companies. What Happened: On May 1, 2020, Tesla Inc (NASDAQ: TSLA) CEO...
STOCKS・22 DAYS AGO
dailyhodl.com

Galaxy Digital CEO and Bitcoin (BTC) bull Mike Novogratz is issuing a warning to crypto traders, saying that altcoins could still see massive devaluations. Novogratz tells his 463,600 Twitter followers that altcoins are at still risk of losing more than half of their value even if they are already down big from their all-time highs.
STOCKS・3 DAYS AGO
dailyhodl.com

Top US crypto exchange Coinbase is reportedly being hit with a lawsuit for providing trading for GYEN, a coin meant to act as a stablecoin pegged to the Japanese yen. According to a complaint seen by Bloomberg, Coinbase is being accused of misleading customers into believing that GYEN was equal to the price of one yen.
MARKETS・10 DAYS AGO
dailyhodl.com

A widely followed crypto strategist is looking at one crucial metric with a history of accurately calling Bitcoin (BTC) bottoms. Pseudonymous trader Rekt Capital tells his 303,000 Twitter followers that BTC’s Relative Strength Index (RSI) is reaching a level that historically signals a bounce could be on the horizon for the top crypto asset by market cap.
MARKETS・4 DAYS AGO