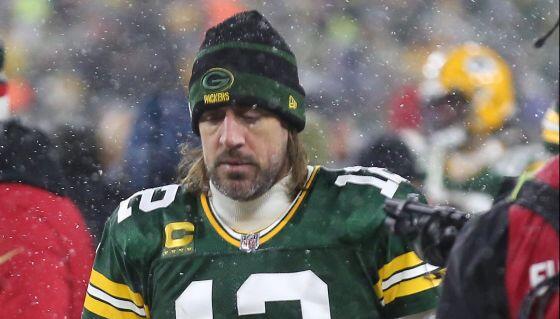 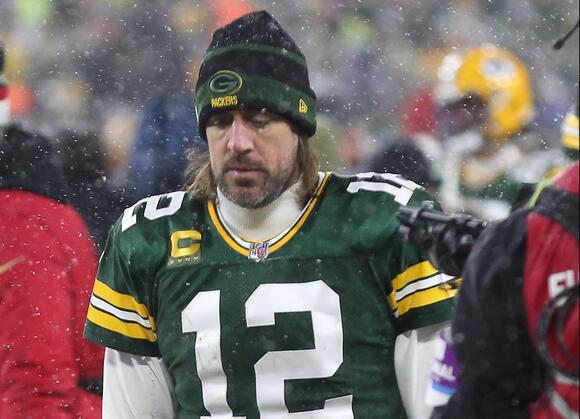 Nobody had on their 2021-22 bingo cards Aaron Rodgers becoming one of America’s most hated sports figures. Rodgers fell out of the good graces of fans not in Green Bay after he misled everyone claiming to be “immunized” against COVID-19, when in fact, he wasn’t at all. It turns out everyone’s favorite QB was out here pushing nonsense treatments for COVID-19 and is lowkey a conspiracy theorist and was being a jerk about it.

Leading up to his playoff matchup with the San Francisco 49ers, Rodgers and his Green Bay Packers were the favorites to easily win the game, being that it was at Lambeau Field, and they are pretty used to playing frigid, snowy conditions. Before the game, the arrogant NFL star took a swipe at President Joe Biden in an interview with ESPN , which ruffled the feathers of quite a few NFL fans, turning them all into 49ers fans for the night rooting for Rodgers to lose.

The NFC divisional playoff matchup started well for Rodgers and the Packers as they quickly stormed down the field, scoring their first points. The 49ers’ defense would buckle down, holding Rodgers and his high-powered offense to only 10 points giving Jimmy Garropolo and the 49ers a chance they needed to win the game, and they did just that thanks to some late-game heroics and a game-winning field goal.

Once the game was over, Twitter trolled Rodgers, who claimed people tried to “silence him” despite him doing a weekly podcast and interviews. One angle, in particular, Twitter focused on was Rodgers and Devante Adams comparing their “final season” with the Green Bay Packers to Michael Jordan and The Chicago Bulls’ Last Dance.

Aaron Rodgers might want to stay off Twitter for the entire offseason because the jokes will not stop until next season. You can peep more reactions to Aaron Rodgers flopping against the 49ers in the gallery below.

Belichick appeared to call plays for part of Monday's practice. With the Patriots getting the first practice of organized team activities underway on Monday, it offered an early glimpse at one of the team’s major questions heading into the 2022 season. Josh McDaniels’s departure has left uncertainty about who...
FOXBOROUGH, MA・20 MINUTES AGO