Enterprises are increasingly relying on data to drive business decisions. One of the most critical components of data synthesis and aggregation is cloud computing, a form of server virtualization to deliver infrastructure-as-a-service (IaaS). Instead of investing heavily into capital expenditures in the form of physical servers, cloud providers allow customers more scalability because enterprises are essentially outsourcing active management of data aggregation and server maintenance. According to Gartner , the public cloud market is dominated by Amazon (NASDAQ: AMZN) , Microsoft (NASDAQ: MSFT) , and Alphabet (NASDAQ: GOOG) (NASDAQ: GOOGL) , and Amazon is emerging as the leader. Does that positioning merit an investment in the web giant right now?

AWS has proven tough to beat

What's even more staggering is the pace of AWS's growth. During Q3 2021, AWS generated $16.1 billion of revenue, which represented 39% year-over-year growth. Investors can see that the quarterly operating income of $4.9 billion for the AWS segment was more than Amazon's entire business combined. Amazon Web Services is arguably becoming the most important pillar of the company's ecosystem .

Despite the impressive growth of AWS and the operating leverage it's providing Amazon's business, investors may find it curious that Amazon stock has remained relatively flat over the last 12 months. Competing cloud providers Microsoft and Google witnessed 42% and 52% stock price increases over the last 12 months, compared to Amazon's 0.10%. 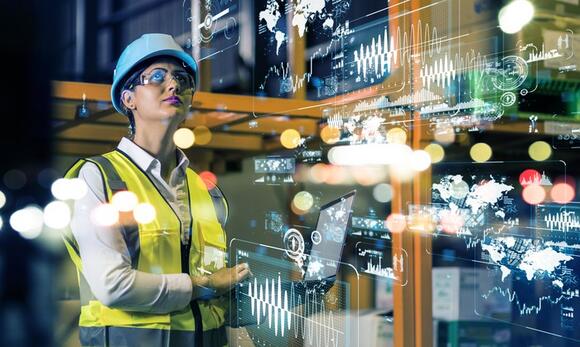 Ambitions beyond the cloud

Amazon has been able to reinvest the profits from its cloud business into other segments, as the company works to differentiate itself from other technology behemoths. One area that is quickly becoming an important crux of Amazon's business is digital advertising.

According to eMarketer, Amazon is expected to comprise 10.7% of the U.S. digital ad market in 2021 and grow to 12.8% by 2023. Although the uptick has been bolstered by increasing consumer reliance on digital shopping during the pandemic, one could argue that this theme will stick because Amazon's platform makes it more time-efficient and cost-effective for consumers to make purchases online versus going to a physical retail location.

The boom on the digital ad side of its business could serve as another lucrative catalyst for the company as it gains market share from Google and Meta Platforms . On the contrary, eMarketer predicts that Google's digital ad business in the U.S. is expected to decrease from 28.9% in 2020 to 26.6% in 2023.

Amazon is well-positioned to benefit from enterprise investment in digital transformation. As the company gains market share over its competition, AWS's capital efficient margin profile will continue fueling additional growth drivers as the company looks to enter new industries.

When in doubt, zoom out

Investors and Wall Street analysts kept a close eye on Amazon during 2021 as the company significantly increased its operating expenses to combat pandemic-driven supply chain speed bumps. The effects of these increased expenses were most apparent in the company's Q3 2021 financials. For the quarter ended Sept. 30, 2021, Amazon reported operating margins of 1.3% and - 3% for its North American and International e-commerce segments, respectively.

During times of economic uncertainty, it is important for investors to zoom out and look at the larger picture. Microsoft, Google, and Amazon all appear to be compelling investments, especially given many growth and technology stocks witnessed significant sell-offs during the final months of 2021 due to lingering concerns over inflation. Although Amazon's overall profitability profile has taken a hit due to challenges on the e-commerce side of the business, it could be argued that this is primarily a function of short-term headwinds related to wage inflation and supply chain. The growth in AWS has allowed the company to combat these near-term challenges given the strong operating profits it produces. Moreover, Amazon is able to reinvest some of these profits into other areas such as digital market, entertainment, and consumer electronics.

Amazon's business appears far more prolific than its competitors who are heavily reliant on singular products, namely hardware devices and advertising, which are also markets that Amazon competes in. As the company trades for three times trailing 12-month sales compared to Microsoft's 15 times and Alphabet's eight times, now may be a unique time for investors to consider Amazon before its next bull run.

They just revealed what they believe are the ten best stocks for investors to buy right now… and Amazon wasn't one of them! That's right -- they think these 10 stocks are even better buys.

Jeff Bezos, the founder and former CEO of Amazon, and Elon Musk, the CEO of Tesla and soon-to-be owner of Twitter, don't strike me as best buds. The two men have competed over the past few years for the title of the world's richest man, a title Musk holds. They also sort of compete in space, with Bezos' Blue Origin competing against Musk's SpaceX.
BUSINESS・28 DAYS AGO
The Motley Fool

Tesla no longer ranks as the largest position in Ark's flagship portfolio.
STOCKS・17 HOURS AGO
The Motley Fool

Investors are nervous about the retail market.
STOCKS・9 HOURS AGO
The Motley Fool

With Both Down More Than 40%, Should Investors Buy Meta Platforms or Netflix?

The market has not been forgiving to these two mega-cap tech stocks in recent history.
STOCKS・16 HOURS AGO

It depends: Some of us have no business in stocks right now, but for others, there's no better time to buy.
STOCKS・16 HOURS AGO
The US Sun

Elon Musk, the world’s wealthiest man, who thinks tunnels are immune to natural disasters, is purchasing Twitter. The company confirmed on Monday afternoon that it had accepted the billionaire’s offer. “Twitter, Inc. today announced that it has entered into a definitive agreement to be acquired by an entity wholly owned by Elon Musk, for $54.20 per share in cash in a transaction valued at approximately $44 billion,” reads the official press release. “Upon completion of the transaction, Twitter will become a privately held company.”
BUSINESS・29 DAYS AGO
itechpost.com

The stock for these two world-beaters is trading at a major discount to historical valuations.
STOCKS・2 DAYS AGO
Entrepreneur

Down 87%, This Growth Stock Might Be Ready for a Comeback

This company is operating in the fastest-growing segment of the $10 trillion global payments industry.
STOCKS・14 HOURS AGO
The Motley Fool

With the stock market struggling, there are plenty of bargain stocks with huge growth potential.
STOCKS・15 HOURS AGO