Shiba Inu had an incredible 2021, as the meme token skyrocketed 20,000,000% during the 12-month period. That's a ridiculous return, and it perfectly demonstrates just how exciting the crypto world can be. But after peaking in late October, Shiba Inu has lost almost 70% of its value, and it now sports a market value of about $13.5 billion.

As we look ahead, I think there are better cryptocurrencies to invest in with more favorable long-term prospects than Shiba Inu. Here are two to consider. 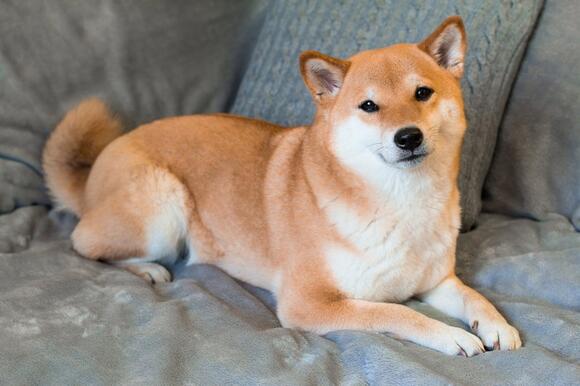 Cardano (CRYPTO: ADA) is attracting major attention from the developer community, thanks in large part to its programmable blockchain that allows for smart-contract functionality, or self-executing computer programs. Cardano was launched by Ethereum co-founder Charles Hoskinson in 2017, adding to its credibility in the crypto community.

Cardano employs a research-based approach to network updates, a process in which proposed changes are peer-reviewed by computer scientists and cryptography experts around the world. This ensures that mistakes are minimized. Cardano's development is split into five stages, and currently it's in the Basho Era, where scalability is the primary objective. With this, Cardano hopes to process a blazing 1 million transactions per second (TPS).

What separates Cardano from Shiba Inu is its hope for real-world use cases. In addition to the potential for decentralized applications (dApps) running on its platform, Cardano is already being utilized in sectors from health care and agriculture to financial services and education. In 2021, Cardano led all cryptocurrencies with the highest daily active-developer activity, a leading indicator that more innovative projects are on the horizon.

During the past three months, Cardano has lost more than 40% of its value amid a sell-off in the broader crypto market. As a result, this could be an opportune time to buy . It now carries a market cap of about $40 billion. Cardano is currently the sixth-largest cryptocurrency.

Another promising cryptocurrency that could crush Shiba Inu is Solana (CRYPTO: SOL) . Like Cardano, it enables the use of smart contracts, making it a direct competitor to Ethereum's dominance .

Launched in 2020 by two ex- Qualcomm employees, Solana is known for its proof-of-history consensus mechanism. This innovation allows timestamps to be built into each block of the blockchain, which speeds up throughput. It's a major advancement in the crypto industry.

Solana has become a prominent blockchain for non-fungible token (NFT) projects -- unique digital claims of ownership of art, videos and gaming items. Solanart and Solsea are two NFT marketplaces built on Solana's network. According to Solana's website, it's the fastest blockchain in the world and has more than 400 active projects.

As I previously mentioned, attracting developers is vital to any blockchain's ongoing success. Solana appears to be excelling in this department.

Right now, Solana can process more than 1,300 TPS at the cost of a fraction of a penny per transaction. Because of this speed and affordability, Bank of America analyst Alkesh Shah earlier this month said that Solana can become the Visa of the digital-asset economy. That's certainly not a bad endorsement, but a lot still needs to be proven, especially around ease of use.

During the past three months, Solana has fallen almost 40%, along with the overall industry. It now carries a market cap of $37 billion. Solana is currently the seventh-largest cryptocurrency.

10 stocks we like better than Cardano
When our award-winning analyst team has a stock tip, it can pay to listen. After all, the newsletter they have run for over a decade, Motley Fool Stock Advisor , has tripled the market.*

They just revealed what they believe are the ten best stocks for investors to buy right now… and Cardano wasn't one of them! That's right -- they think these 10 stocks are even better buys.

Which beaten-down fintech stock is a better turnaround play?
STOCKS・1 DAY AGO
The Motley Fool

Anticipation around the Ethereum merge is building, with a key update provided today.
MARKETS・2 DAYS AGO

Despite a steep 89% decline from all-time highs, this stock is back on the rise and up 77% from its 52-week low.
STOCKS・14 HOURS AGO
dailyhodl.com

It may not be as lucrative as you think.
PERSONAL FINANCE・1 DAY AGO
The Motley Fool

These stocks have great long-term prospects.
STOCKS・16 HOURS AGO
The Motley Fool

The stock for these two world-beaters is trading at a major discount to historical valuations.
STOCKS・14 HOURS AGO