You knew it was going to happen -- the stock market would fall. I've warned on several occasions it was likely to happen sooner rather than later, but it would be foolish to try and predict exactly when.

Because downturns are a natural outgrowth of the normal business and investment cycle, a pullback in the stock market crash is virtually inevitable . Smart investors, though, realize it's best to prepare for them, not by selling all their stocks and stashing the cash under the mattress, but by choosing investments carefully.

Even so, it's essential to have a long-term outlook for your investments. Owning two dozen or so stocks, holding onto them for a minimum of five years -- decades is preferable -- and continuously adding money to your account so you can strike when an opportunity arises is a winning strategy. 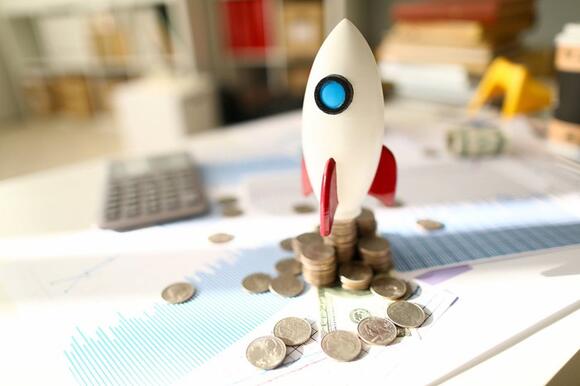 The S&P 500 is off 7.7% in 2022 -- hardly a doomsday scenario but not pleasant, either. Sure, it may get worse, but we're not about to panic over it. It's also important to keep such downturns in perspective. The Schwab Center for Financial Research says the average bear market has lasted only about 17 months, and 80% of corrections since 1974 have not turned into a bear market.

That means with the benchmark index still at such relatively lofty levels, you should still be looking for bargains, and the space race provides investors with just that opportunity. It's like the 1960s all over again with the amount of interest and excitement surrounding space travel. But while an investment in the sector may seem just as risky as heading to the stars, the following two space stocks offer both an incredible discount and the potential for enormous returns. 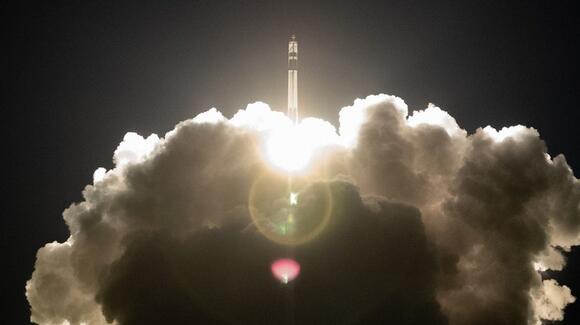 Rocket Lab USA (NASDAQ: RKLB) flies under the radar of most investors, but it is the second-most-successful space company behind privately held SpaceX, as it is the only other company routinely conducting rocket launches.

Since its first orbital launch in January 2018 to deploy customer satellites for Earth imaging, weather monitoring, and ship tracking, Rocket Lab's Electron launch vehicle has held 23 successful launches and delivered 109 satellites to orbit. It's also built three launch sites, including its New Zealand site. It was the country's first privately owned launch pad, giving it the capability to launch a new rocket every 72 hours. Its site in Wallop Islands, Virginia, is devoted solely to launching rockets for the U.S. government.

Rocket Lab went public last August when it merged with a special purpose acquisition company (SPAC) and opened for trading that day at $11.53 per share. While it gained altitude over the ensuing weeks, rising to over $21 a stub, its trajectory since then has been steadily downward.

That's partly a result of third-quarter results that saw revenue cut in half to $5.3 million and adjusted earnings before interest, taxes, depreciation, and amortization (EBITDA) losses widened to over $25 million. That was mostly due to continued restrictions on launches in the fourth quarter due to COVID-19. It launched only two rockets in the fourth quarter, but the pace of launches should start increasing again this year.

Rocket Lab's backlog of business increased to $237 million in mid-November from $141 million in the prior year. It was awarded a $24 million contract from Space Force to develop its Neutron upper stage rocket, successfully passed two design reviews for a mission to Mars, and acquired two other space companies, Advanced Solutions and Planetary Systems Corp.

Wall Street is looking for Rocket Lab revenue to quadruple to nearly $800 million by the middle of the decade and turn profitable around the same time.It has set a consensus one-year price target of $18 a share, or double where it traded at Friday's close.

Rocket Lab USA looks like it's ready to soar even higher. 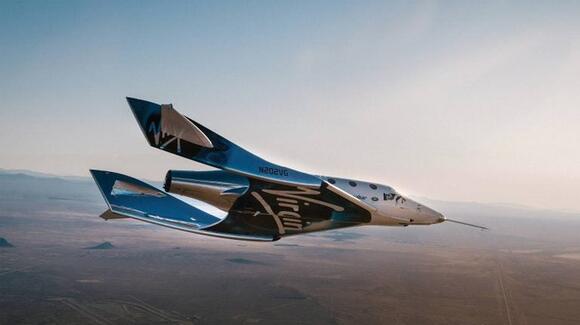 With a stock equally as depressed as Rocket Lab's, but one that has disappointed its investors more often, Virgin Galactic (NYSE: SPCE) is another space stock ready to take flight.

Between launch delays and capital raising activities , the market has lost confidence. But Virgin will soon be ready to make space tourism a reality. It's a narrow niche that makes Virgin an intriguing stock that investors would be wise to not dismiss out of hand.

Virgin has had its own successful rocket launches, though not nearly as many as Rocket Lab, often after considerable delays. However, the company maintains it is ready to begin taking humans into space as a form of tourism starting in this year's fourth quarter.

With a price tag for a seat on one of Virgin's spaceships costing upwards of $250,000, it's not going to replace cars, trains, and airplanes as the preferred mode of travel for most people. But with over 2,700 billionaires in the world and over 60 million millionaires, Virgin will not lack potential customers.

Last summer, it was revealed that 600 people had reserved seats on a Virgin flight, indicating there is incredible demand for space tourism. Analysts estimate demand for such travel tops $120 billion, and Virgin Galactic is the only vehicle available to capitalize on it. Revenue is expected to hit $1.7 billion by 2023.

Virgin's stock is trading below $9 a share now, but is expected to rise 250% over the coming year, though that's less than the four-fold increase Cannacord Genuity analyst Austin Moeller had previously been modeling.

Space tourism's time has come, and investors may want to climb aboard this potential growth stock .

10 stocks we like better than Rocket Lab USA, Inc.
When our award-winning analyst team has a stock tip, it can pay to listen. After all, the newsletter they have run for over a decade, Motley Fool Stock Advisor , has tripled the market.*

They just revealed what they believe are the ten best stocks for investors to buy right now... and Rocket Lab USA, Inc. wasn't one of them! That's right -- they think these 10 stocks are even better buys.

Tesla CEO Elon Musk said this week that the U.S. must "stop the infighting" in order to be competitive with China, warning that the world's second-largest economy will someday dwarf America's output. "What we’re going to see with China, for the first time that anyone can remember who is alive,...
ECONOMY・1 DAY AGO
ohmymag.co.uk

Blackout and crisis preparedness expert Herbert Saurugg has recently warned against the complete power grid blackout that could plunge entire Europe into darkness. He predicts a widespread blackout could be lurking in the not too distant future and such an event can cause extremely chaotic conditions worldwide. However, those who are prepared for an emergency can definitely bridge the difficult days well.
ENERGY INDUSTRY・24 DAYS AGO

These stocks have been heavily sold off, but their long-term prospects are fantastic.
STOCKS・2 DAYS AGO
inputmag.com

It may not be as scary as homeowners expect.
REAL ESTATE・8 HOURS AGO

One of the most promising cryptocurrencies has cratered.
STOCKS・2 DAYS AGO
The Motley Fool

There are deals to be had in the semiconductor industry, and Magnachip has become a buyout target in recent weeks.
STOCKS・1 DAY AGO
The Motley Fool

Enjoy your "Golden Years" while these stocks preserve and build your nest egg.
STOCKS・5 HOURS AGO
The Motley Fool

There's no need to panic for one big reason.
REAL ESTATE・1 DAY AGO