Wall Street doesn't always get it right. Some stocks that analysts really like don't perform well. Others that they dislike can be surprising stars.

However, analysts spend a lot of time poring over companies' financial reports and researching their businesses and industry trends. They do plenty of number crunching to come up with price targets for stocks.

It's probably fair to say that the stocks that analysts are most bullish about have at least reasonable prospects of generating solid gains. And some of those stocks could be especially big winners. If you want returns of 98% to 148% this year, Wall Street analysts think that buying these three stocks could do the trick. 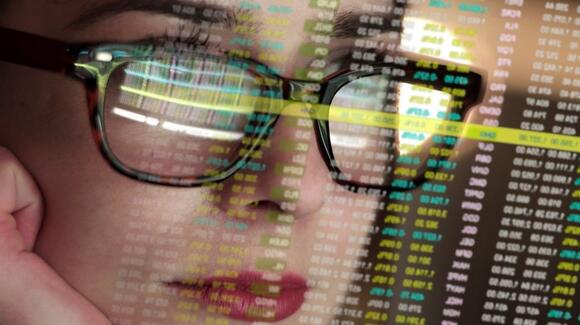 Shopify (NYSE: SHOP) is an e-commerce leader that analysts really like these days. The stock delivered a 22% gain in 2021. Wall Street's consensus price target for Shopify is 148% higher than the current share price.

Sure, Shopify's valuation might seem terrifyingly high. The stock trades at almost 44 times sales and nearly 278 times expected earnings. However, it's important to put this premium valuation into context.

The total addressable market for Shopify in serving small- to medium-sized businesses (SMB) is more than $150 billion per year. Shopify isn't limited to the SMB market, though. The company also caters to entrepreneurial start-ups and large customers.

Shopify is growing rapidly, with revenue soaring 46% year over year in its latest reported quarter. The company will need to avoid missteps (such as the recent changes to its app store that displeased customers) to keep that momentum going. Barring any major blunders in the future, Shopify should be in a good position to deliver impressive returns for investors in 2022.

If 2021 had ended in October, Sea Limited (NYSE: SE) would have delivered a sizzling gain last year. However, the stock plunged in the final couple of months and ended the year up only 12%.

But Wall Street analysts think that Sea could make a major comeback in 2022. The average price target for the stock reflects an upside potential of 140%. There are several reasons to be optimistic about the prospects for Sea to double or more this year.

Don't think of Sea Limited as only a video game stock , though. The company also stands as a leader in e-commerce with its Shopee platform. Shopee is the top e-commerce app in Southeast Asia, Indonesia, and Taiwan. It's gaining traction in Latin America as well, especially in Brazil. Sea's mobile wallet payment volume has also increased tremendously thanks in large part to Shopee's success.

There aren't many companies that claim leading positions in gaming, e-commerce, and digital payments. All three are key trends with lots of growth potential. Perhaps Sea Limited won't live up to analysts' expectations this year, but it won't be surprising if it does.

Some might be tempted to throw in the towel on Teladoc Health (NYSE: TDOC) . Shares of the virtual care provider lost more than half of its market cap last year. However, analysts remain very bullish about Teladoc. The average price target for the stock reflects a premium of 98% to the current share price.

Teladoc doesn't have to look very far to find growth opportunities. The company currently has 76 million members. There are another 16 million potential members at existing clients who haven't enrolled in Teladoc's virtual care offerings. And there are an additional 63 million individuals within existing clients that don't yet have access to any of Teladoc's products.

Increased product penetration is another way for Teladoc to grow. The penetration rate for the company's chronic disease management platform for diabetes is only around 21% right now. Less than 1% of members currently use Teladoc's new Primary360 virtual primary care product.

Of course, Teladoc also has significant room for bringing on new customers. More than 140 million Americans don't use Teladoc yet.

Consulting firm McKinsey & Company estimates that the U.S. virtual care market could reach up to $250 billion per year. Teladoc is the leader in this market and should retain its position despite increased competition. Maybe the stock won't nearly double this year as Wall Street expects. However, Teladoc should be able to deliver huge gains over the long run.

They just revealed their ten top stock picks for investors to buy right now. Shopify is on the list -- but there are nine others you may be overlooking.

The market has shunned growth stocks, creating an opportunity to buy them at huge discounts.
STOCKS・1 DAY AGO
The Motley Fool

They're all available for bargain prices right now.
STOCKS・1 DAY AGO

Buying these stocks on the dip could result in big returns for investors.
STOCKS・1 DAY AGO
The US Sun

MILLIONS of Americans are set to receive Social Security checks worth up to $1,657 tomorrow. The cash boost will come just 48 hours before Supplemental Security Income payments, worth up to $841, are set to land in around eight million bank accounts on April 29. Seniors with birthdays on the...
BUSINESS・21 DAYS AGO
electrek.co

As part of a lawsuit between shareholders and Elon Musk regarding his “funding secured” tweet, new text messages and emails between Musk and people involved have been released. The communications pretty much confirmed how most people saw the situation: Elon Musk took a meeting with the head of...
BUSINESS・22 DAYS AGO
dailyhodl.com

Silk Road founder Ross Ulbricht is forfeiting billions of dollars worth of Bitcoin (BTC) and other crypto assets to the US government. According to a new court filing, Ulbricht will relinquish any claim to over 69,000 BTC and undisclosed amounts of Bitcoin Gold (BTG), Bitcoin SV (BSV) and Bitcoin Cash (BCH) worth a combined $3 billion as part of a settlement.
PUBLIC SAFETY・22 DAYS AGO

These passive income powerhouses, with yields ranging from 4.4% to 11.9%, can generate some serious wealth for patient investors.
STOCKS・2 DAYS AGO
The Motley Fool

Now might be an optimal time to buy this e-commerce stock.
STOCKS・2 DAYS AGO
The Motley Fool

How Occidental Petroleum Stock Could Be a Big Winner

This oil stock is one to watch.
ENERGY INDUSTRY・2 DAYS AGO
The Motley Fool

Why Zoom Stock Can Rebound Despite a Recent Slide

How will Zoom reinvent itself?
STOCKS・2 DAYS AGO
The Motley Fool

This Stock Is Like a Mini-Berkshire Hathaway, and It Could Soar Soon

Is Boston Omaha a buy?
STOCKS・2 DAYS AGO
Inc.com

It takes a special kind of business to increase its dividend each year for more than six decades.
MARKETS・2 DAYS AGO
The Motley Fool

Now might be the time for investors on the fence to buy this social media giant.
INTERNET・2 DAYS AGO