KEN WILLIS: A three-dot tribute to Larry King ... TV legend has been gone one year now 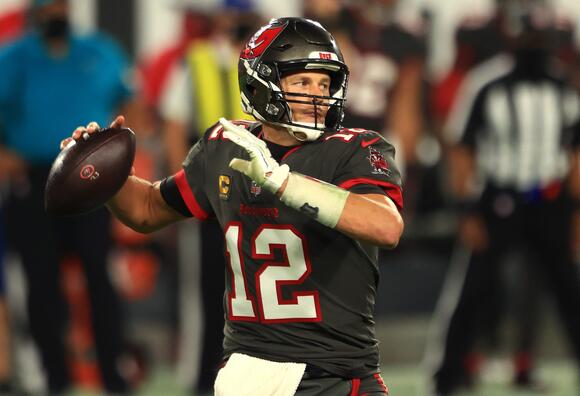 On the one-year anniversary of Larry King’s death, a tribute.

Along with his decades of interview shows on radio and television. Larry wrote a weekly column for USA Today from 1981-2001.

Not just any column, but one of those long-ago staples — a flood of random thoughts, remembrances and name-drops, each separated by three dots.

EARNHARDT JR: Junior opens up again at Daytona, this time it's about the R-word (yes, Risk)

So on this occasion, a three-dot homage, including the occasional channeling of Larry himself …

They put Dale Earnhardt Jr. in the NASCAR Hall of Fame this weekend, and you can argue about his worthiness over some others who have yet to get in (I’m still looking at you, Geoff Bodine) … Does the NASCAR Hall have a Junior Wing? Maybe they should. My top-five all-time NASCAR Juniors: 1. Junior Johnson; 2. Martin Truex Jr.; 3. Elzie Wylie Baker Jr. (known to all as Buddy); 4. Junior Earnhardt; 5. Ron Hornaday Jr. … Who ya got Sunday? I’ll stick with the Bucs at home against the Rams, and as unbeatable as the Chiefs are looking, didn’t we say the same thing before last year’s Super Bowl? Gimme the Bills … Nick Saban turned 70 on Halloween, Bill Belichick turns 70 soon, and both suddenly look vulnerable. The lesson here, kids: Stay young.

One bright side to Belichick’s early playoff exit is he’ll likely haul the clubs to Monterey next month for the pro-am at Pebble Beach, and call it reflex, but I still call it the Crosby … I miss Bing Crosby, and if you’d ever seen him at the Fontainebleau, you would too … It’s not just ol' Der Bingle . I miss the days when golf tournaments were hosted by celebrities like Andy Williams, Dean Martin, Dinah Shore, Danny Thomas, and the three most talented men I’ve ever met: Glen Campbell, Jackie Gleason, and the incomparable Sammy Davis Jr. … Nothing against Tom Watson, but I’d pay big money to see Arnold Palmer still joining Gary Player and Jack Nicklaus for the Masters’ ceremonial tee shots.

I recall the excitement of two-sport athletes like Deion Sanders and Bo Jackson, and even Brian Jordan, who went strictly baseball after a short-but-excellent NFL stint. Who thought that would be the last of it? Surely we’re capable of producing a two-sport athlete again … I still say Michael Jordan didn’t get enough credit for batting .202 with 51 RBI while playing Double A ball in ’94. It’s hard to hit professional pitching, gang … In 1,000 years, when they begin discussing what happened to the human race, all will agree we started going south when gender-reveal parties became commonplace … Though I’ll admit, I once hired a professional to handle a gender reveal. He was called an OBSTETRICIAN .... By the way, you haven’t lived until you’ve heard Belichick hold court at the Cisco Brewery on a July afternoon on Nantucket … I’m not afraid of hard work, but I avoid eye contact … Serious question. Do the guys in the shop ever lubricate the garbage trucks?

What time is it?

Ron Rivera is my favorite NFL coach. Here’s why: He wears a wrist watch. Not enough men wear watches these days … I understand the desire for a Rolex, but if you’re looking for luxury for less, don’t overlook Tissot. I’m hearing good things about the kids at Seiko, however … When asked if he’ll always own a truck, my brother-in-law would always say, “have you ever heard a truck owner say, ‘boy, I sure wish I had a car right now’ ?” … I always liked older guys who called me Pal. Now that I’m old enough to start calling younger folks Pal, I have a hard time doing it. In fact, I’ve never done it. Maybe in a few more years … Can someone please explain the obstacles in the way of the 2022 baseball season? And why isn’t there any urgency? … If Bart Giamatti and Marvin Miller were alive today, they wouldn’t leave the table until the photogs arrived for grip-and-grin time.

Clark Gillies died Friday at 67. He was part of the New York Islanders dynasty of the early-’80s. Some of those Isles had more esteem, but none had more personality. Teammates called him “Jethro” … No one was ever typecast more than Max Baer Jr. His acting career was doomed after Beverly Hillbillies … Little known fact. With the same amount of pressure it takes to open a bag of potato chips, you can rip off the human ear (yes, stole this one from an old Bob & Tom bit) … I say Tom Brady keeps going next year at 45 … All of the Betty White stories following her death got me thinking about her late husband, Allen Ludden, whom I consider one of the top three underrated game-show hosts of his day — and his day was the 1970s, the high-water mark for TV game shows … The others: Bill Cullen and Bert Convy. Some thought Convy too schticky, and sometimes he was, but for my money, he was all class ... I was sad when Convy and Peter Marshall almost went to court against each other. Peter’s birth name was Ralph Pierre LaCock. True story, kids … Please tune in Monday night at 9. My guests will be Gina Lollobrigida and C. Everett Coop.

This article originally appeared on The Daytona Beach News-Journal: KEN WILLIS: A three-dot tribute to Larry King ... TV legend has been gone one year now