The Average Social Security Beneficiary Has Been Cheated Out of $4,900 in Annual Income

Social Security is our nation's most important social program. According to a report from the Center on Budget and Policy Priorities in February 2020, Social Security is responsible for pulling 21.7 million Americans out of poverty each year, including 14.8 million retired workers.

What's more, a vast majority of current and future retirees currently lean on, or expect to lean on, Social Security income to make ends meet. In 2021, when national pollster Gallup questioned respondents about their reliance on Social Security payouts, 89% of current retirees described it as a "major" or "minor" income source, whereas an all-time high 85% of nonretirees expected to lean on the program in some capacity during retirement . 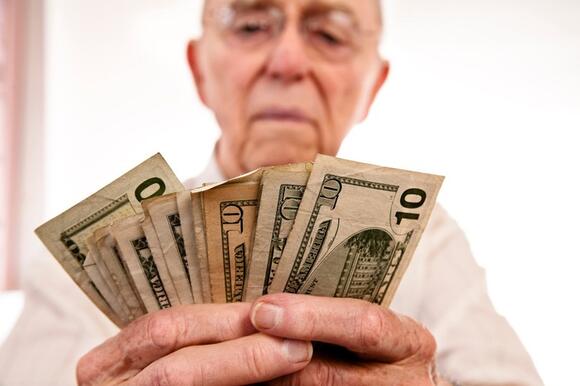 All eyes are on Social Security's cost-of-living adjustment

Given the importance placed on Social Security payouts, there's no announcement that's more anticipated each year than the cost-of-living adjustment, or COLA.

In easy-to-understand terms, COLA represents the annual payout increase passed along to the programs' more than 65 million beneficiaries that's designed to keep them on par with inflation (i.e., the rising price of goods and services). If the price for a basket of goods and services increases, Social Security benefits should increase in unison so retirees can continue to afford those same goods.

Since 1975, the Consumer Price Index for Urban Wage Earners and Clerical Workers (CPI-W) has been the inflationary tether for the Social Security program. Specifically, only readings from the third quarter (July through September) are used to determine the upcoming years' COLA. If the average third-quarter CPI-W reading in the current year is higher than the average third-quarter CPI-W reading from the previous year, beneficiaries will receive a "raise" in the upcoming year that's commensurate with the percentage increase, rounded to the nearest tenth of a percent.

Note that I've put "raise" in quotation marks to represent that COLA is designed to keep beneficiaries on pace with inflation, not to help them get ahead. In other words, COLA isn't a raise in the true sense of the word. 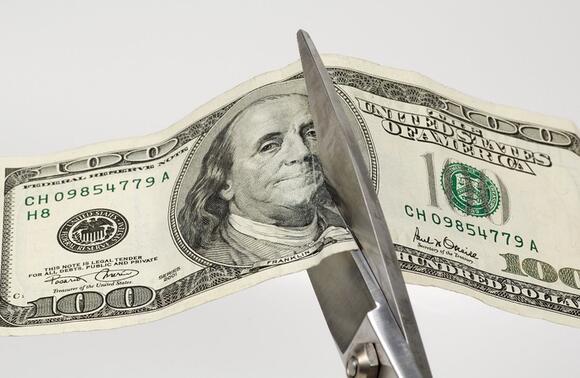 Despite a huge COLA in 2022, retired workers keep losing out

With inflation soaring in the back half of 2021, Social Security beneficiaries are basking in their biggest payout hike in nearly four decades -- a 5.9% COLA.  For the average retired worker, this equates to about $92 more each month , or in excess of $1,100 in added benefits this year.

Unfortunately, this well-above-average 2021 COLA, and the many COLAs that preceded it since the turn of the century, aren't coming close to keeping pace with the actual inflation seniors are contending with.

In October, The Senior Citizens League (TSCL), a nonpartisan senior advocacy group, compared the impact of Social Security's COLAs since 2000 to the real inflation retired workers have faced. The aggregate increase in COLA since the turn of the century (and prior to the 5.9% COLA announcement) amounted to 55%. This means the average Social Security benefit has grown from $816 a month to about $1,262 a month in 2021.

However, the typical expenses seniors have faced over this same 21-year period have risen by a considerably faster 104.8%. In order for Social Security benefits to have kept pace with inflation, retired workers should have been receiving $1,671 a month in 2021, or about $409 more per month, according to TSCL. When extrapolated over a year, we're talking about a shortfall of approximately $4,900 for the average Social Security beneficiary. 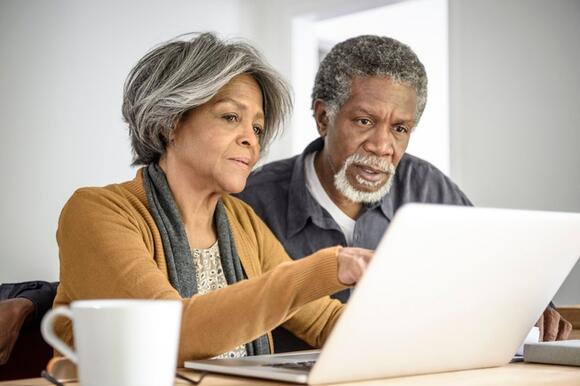 Here's why Social Security beneficiaries are getting shortchanged by COLA

How does the purchasing power of Social Security income decline by 32% in just 21 years for retired workers? The answer is simple: The CPI-W does a poor job of accurately tracking the inflationary pressures seniors are contending with.

The full name of the CPI-W -- Consumer Price Index for Urban Wage Earners and Clerical Workers -- offers a huge clue as to why this inflationary tether is failing seniors. Urban wage earners and clerical workers typically aren't seniors, and they're rarely receiving a Social Security benefit. Therefore, the program is effectively tied to the spending habits of working-age Americans .

Herein lies the issue: Working-age people spend their money very differently than retired workers. For retirees, housing costs and medical care will typically account for a larger percentage of total household expenditures than for working-age people. Comparatively, working-age Americans spend more on things like education, entertainment, apparel, and transportation than seniors do. The CPI-W assigns a higher weighting to these lesser-importance categories while underweighting expenses like housing and medical care. The end result is the roughly $4,900 loss of purchasing power for the average Social Security beneficiary over 21 years.

Worst of all, even though lawmakers on Capitol Hill agree that the CPI-W is doing a poor job of tracking inflation for Social Security's 65 million-plus beneficiaries, no changes are expected anytime soon, primarily because Democrats and Republicans can't agree how to fix it . Both parties believe they have the solution that'll work best, and neither is willing to cede an inch or find common ground.

Even with the highest COLA since 1983, beneficiaries should expect their Social Security income to continue losing purchasing power over time.

Even if you can't earn the requisite income, you can probably still make your benefit checks bigger.
PERSONAL FINANCE・1 DAY AGO
The Motley Fool

Stimulus Update: There May Still Be Hope for Monthly Child Tax Credit Payments in 2022. Here's Why

Lawmakers haven't given up on the fight for more expanded Child Tax Credit payments in 2022. Here's what you should know about the push for more benefits.
INCOME TAX・1 DAY AGO
GOBankingRates

According to the U.S. Department of Agriculture, emergency allotments were authorized under the Families First Coronavirus Response Act to help address temporary food needs during the pandemic for...
POLITICS・6 DAYS AGO

Fox News host Lisa Kennedy said on Monday that U.S. lawmakers "should not have the government involved in education at all," suggesting that America should rid itself of the public school system entirely. Kennedy's remarks came during Monday's segment of "Outnumbered" in which Kennedy was facilitating a discussion around the...
CONGRESS & COURTS・24 DAYS AGO
The Motley Fool

It may not be as scary as homeowners expect.
REAL ESTATE・2 DAYS AGO
GOBankingRates

May is almost here, and millions of households are looking forward to their next SNAP payments. See: Surprising Things You Can Buy With Food StampsFind: SNAP 2022 -- Is My State Giving Out Extra Money...
AGRICULTURE・2 DAYS AGO
GOBankingRates

Finding space in your budget to save and invest isn't easy for everyone. In fact, a recent GOBankingRates survey found that 40% of Americans have less than $300 in savings. As such, plenty of...
ECONOMY・1 HOUR AGO

Warren Buffett and Berkshire Hathaway recently revealed they have sold their last remaining investment in Wells Fargo.
STOCKS・21 HOURS AGO
The Motley Fool

Still Waiting on a Tax Refund? The IRS May Owe You Interest

Some taxpayers may have an interest payment coming from the IRS.
INCOME TAX・1 DAY AGO
The Motley Fool

Do you have them in your wallet?
CREDITS & LOANS・1 DAY AGO
GOBankingRates

How Much Can the Average Senior Citizen Expect To Benefit From Social Security?

Ages 66-67 are magic numbers; that's when many people now and later down the road will become eligible to begin receiving Social Security retirement benefits -- 65 was previously the full retirement...
PERSONAL FINANCE・5 DAYS AGO
The Motley Fool

It may not be as lucrative as you think.
PERSONAL FINANCE・3 HOURS AGO
The Motley Fool

You have the power to set yourself up with more money.
PERSONAL FINANCE・1 DAY AGO
The Motley Fool

This Choice Makes It Impossible to Get the $4,194 Max Social Security Benefit

The largest monthly Social Security check is $4,194 but if you make certain decisions, it will be impossible to get it.
PERSONAL FINANCE・4 HOURS AGO
The Motley Fool

51% of Americans Are Missing This Wealth-Building Opportunity

You don't want to make the same mistake.
PERSONAL FINANCE・3 HOURS AGO
The Motley Fool

Can't Afford Your Life Insurance Premiums? 3 Options to Look At

Consider these before dropping your coverage.
PERSONAL FINANCE・3 HOURS AGO
The Motley Fool

All indications are that home prices cannot continue to rise at the current rate.
BUSINESS・3 HOURS AGO
The Motley Fool

How to Invest Your $4,194 Max Social Security Benefit in REITs

It pays to put that money to good use.
PERSONAL FINANCE・49 MINUTES AGO
The Motley Fool

Investors changed their minds quickly about the stock.
STOCKS・18 HOURS AGO