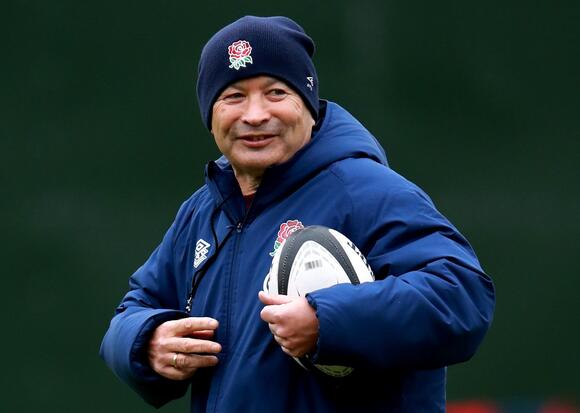 Eddie Jones has enlisted a forensic psychologist to boost England’s GuinnessSix Nations title bid in the belief that enhanced mindsets offer the greatest scope for improvement in his team.

Dr Nashater Deu Solheim, a Norwegian specialist in persuasion and influence, has been working with Jones and his coaching assistants ahead of the February 5 opener against Scotland at Murrayfield.

Jones insists that with international rugby becoming increasingly competitive on the field, it is through the fine-tuning of psychology and clever use of data that England will benefit most.

“Nashater Deu Solheim is helping us improve our communication skills, not only as a coaching team but also in terms of communicating with the players,” Jones said.

“The frontier for rugby where you can get the most bang for your buck, I think, is in creating the right mindset for your team.

“It’s almost like two different ends of rugby preparation because it’s very hard to get any advantages in the game now.

“You are looking at where can data show you to be more specific to the areas you are seeking to prioritise in your game and also working on the mindset of the players.”

Jones has revealed that data partly underpins his controversial omission of George Ford from his squad for the Six Nations .

Ford has been the Gallagher Premiership’s player of the season to date, pulling the strings as Leicester challenge for silverware on two fronts, but Marcus Smith Owen Farrell and now Orlando Bailey are the chosen fly-halves.

Farrell’s participation in the Six Nations is in doubt because of an injury sustained in training with Saracens during the week.

For the time being, after being frozen out for the autumn, Ford’s international prospects are looking bleak and Jones is unmoved by the outcry over his non-selection.

“I don’t pay a lot of attention to the comments. Everyone is entitled to their opinion and rugby is a game of opinions,” Jones said.

“We try to use as much data as we can to select our team so when we select our team, we are not just using my opinion and the opinion of the other coaches, but we are also looking at the evidence of what they are doing in games. 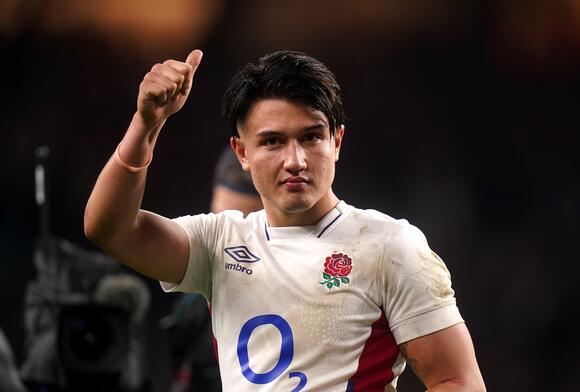 “We’ve got a way we think the game should be played now, a way that suits the players we have. Therefore we pick the players that can play that game.

“Sometimes it’s hard to explain that because some of it is information we want to keep for ourselves.”

Smith established himself as the first-choice 10 during the autumn and Jones has been impressed by his ongoing development for Harlequins since.

“What’s impressed me about Marcus is his absolute desire to win,” Jones said.

“You can see that he’s lifted Quins out of a number of tricky situations and got them over the line with his focus, his drive. He’s got to make sure he keeps that going.

“Part of that is the way he plays the game and part of it is his preparation. There are still areas of his preparation that he can tidy up, and we’ll chat about those when we come into camp.

“His scope for improvement is massive and if he keeps doing what he’s doing he is going to be a very good player for us.”

Ian Baraclough has warned of the dangers facing fatigued players as Northern Ireland prepare to play four Nations League games in the space of 10 days.Northern Ireland boss Baraclough is already without nine players for tests against Greece, Cyprus – who they play twice – and Kosovo in League C following relegation in the competition two years ago.Craig Cathcart, Josh Magennis and Stuart Dallas were the headline names missing from the 28-man squad announced on Friday.“The demands put on the players nowadays, (Liverpool manager) Jurgen Klopp described it as ridiculous,” Baraclough said.“Now they’re asked at the end of a long...
UEFA・9 HOURS AGO
The Independent

Barcelona won the Champions League for a fourth time with a 3-1 victory over Manchester United at Wembley on this day in 2011.Goals from Pedro, Lionel Messi and David Villa helped coach Pep Guardiola to his second European title in three years in a game which was largely remembered for an unstoppable Messi performance.It was also the second time that Barca had beaten United in the final after a 2-0 win in Rome two years before.Barcelona had breached the United defence on several occasions during the first half but went into the break surprisingly on level terms after Pedro’s 27th-minute...
PREMIER LEAGUE・1 HOUR AGO
The Independent

Harry Brook fell to the final ball of the game as Roses rivals Lancashire and Yorkshire played out a thrilling Vitality Blast tie at Emirates Old Trafford.Yorkshire, chasing 184 to win a first Blast Roses game away from home since 2014, looked on course after Brook (72) and Tom Kohler-Cadmore (67) shared 115 for the fourth wicket.But fast bowler Richard Gleeson trapped the in-form Brook, who has been called into the England Test squad for the first time, lbw with only one run needed to send the 14,000 crowd wild.Last ball drama @EmiratesOT 😳⚡️ #LightningStrikes pic.twitter.com/a2SAw4OltJ— Lancashire Lightning (@lancscricket) May...
SPORTS・8 HOURS AGO