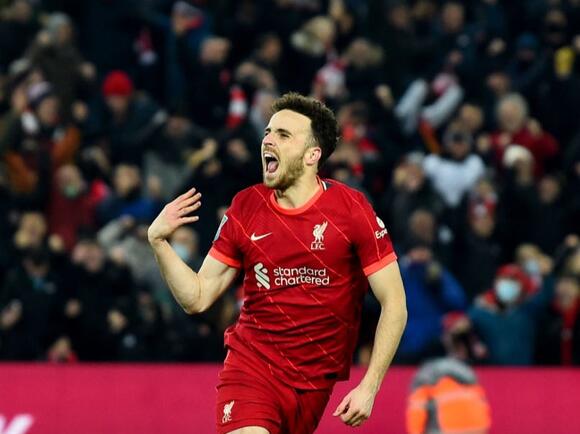 Liverpool travel to Crystal Palace with the knowledge that anything but a victory will see their already dwindling Premier League title hopes well and truly go up in smoke.

Jurgen Klopp ’s side won 7-0 at Selhurst Park last season in a match which seemed to signal them as the best team in the league. They would go on to be swept aside by Manchester City before eventually finishing third.

FOLLOW LIVE: Team news and all the action as Crystal Palace host Liverpool

They are in danger of being swept aside already by Pep Guardiola’s men this season, so every game now becomes vitally important.

Patrick Vieira ’s men have not been on the best run of form of late, but will fancy their chances against a Liverpool team without two of their biggest names.

Here’s everything you need to know ahead of the fixture tonight.

When is Crystal Palace vs Liverpool?

The match will kick off at 8pm GMT on Sunday 23 January at Selhurst Park.

It will be shown live on Sky Sports Main Event and Sky Sports Premier League, with coverage starting from 1pm. Sky Sports customers can also stream the fixture via the Sky Go app.

Liverpool are reminded of ‘Crystanbul’ every time they travel to Selhurst Park - the scene of their diminishing title hopes in 2014. They looked to be missing Salah and Mane a great deal in the first leg of their Carabao Cup clash against Arsenal, but improved a little in the victory over Brentford. But Palace need a result after just one win in five and might be catching Klopp’s side at the right time. 2-2.

Carlo Ancelotti is preparing to manage in a record fifth Champions League final just a year after his shock return to Real Madrid from Everton, who he hopes to do a favour by beating rivals Liverpool.A two-time European Cup winner with AC Milan as a player, the 62-year-old went on to mastermind the Rossoneri’s European victories in 2003 and 2007 before overseeing Los Blancos’ 2014 triumph.Ancelotti was sacked by Madrid the following year and, following stints in the Bayern Munich and Napoli dugouts, somewhat surprisingly took over at Everton in December 2019.The Toffees finished 12th that season and 10th in...
PREMIER LEAGUE・6 HOURS AGO
The Independent

Ian Baraclough has warned of the dangers facing fatigued players as Northern Ireland prepare to play four Nations League games in the space of 10 days.Northern Ireland boss Baraclough is already without nine players for tests against Greece, Cyprus – who they play twice – and Kosovo in League C following relegation in the competition two years ago.Craig Cathcart, Josh Magennis and Stuart Dallas were the headline names missing from the 28-man squad announced on Friday.“The demands put on the players nowadays, (Liverpool manager) Jurgen Klopp described it as ridiculous,” Baraclough said.“Now they’re asked at the end of a long...
UEFA・3 HOURS AGO
The Independent

James Gibbons used to carry a bucket around to raise money for Port Vale – now he is dreaming of lifting a trophy.The defender helped with the collections to keep the club’s academy going during dark days at Vale Park.Vale face Mansfield in the Sky Bet League Two play-off final at Wembley on Saturday in their biggest game for years.It is a world away from a teenage Gibbons, who lived just minutes away from Vale Park, walking round the stadium hoping fans would help keep his dreams alive.“When I was in the academy at the age of 13, we had...
SOCCER・3 HOURS AGO

May 28 (Reuters) - Midfielders Tom Rogic and Aaron Mooy have been included in Australia's 29-man squad for their World Cup playoff against the United Arab Emirates next month as Graham Arnold's side aim to keep their hopes of a place in November's finals in Qatar alive. The nations face...
FIFA・22 MINUTES AGO