Democratic lawmakers speak out in support of abortion rights on what 'could be the last anniversary' of Roe v. Wade as law of the land 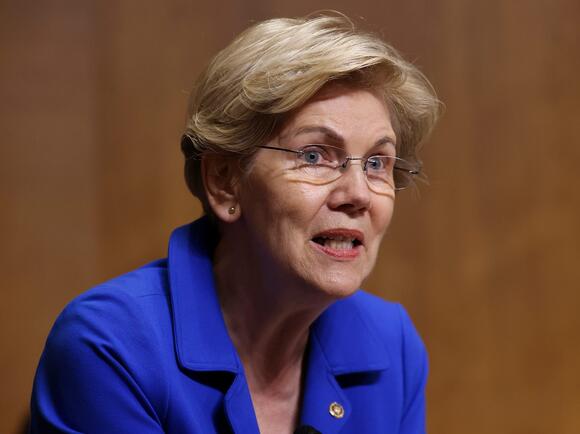 Democratic lawmakers spoke out in support of abortion rights on Saturday, which marked the 49th anniversary of Roe v. Wade.

The landmark 1973 ruling held that the Constitution protects the right of women to choose to have an abortion without excessive government restriction. But in December, the Supreme Court heard arguments for a case involving a 15-week abortion ban in Mississippi that, if upheld, could gut the precedent set by Roe v. Wade.

The court's decision is expected in June, but Insider's Oma Seddiq reported the conservative majority appeared open to ruling in favor of Mississippi's ban. Experts told her that if the court does side with Mississippi, it will undermine the core protections provided by Roe v. Wade.

"Today could be the last anniversary of #RoeVWade as law of the land," Sen. Elizabeth Warren of Massachusetts tweeted on Saturday. "But this isn't the end of the fight. Not even close. The American people are on our side. We must fight back for abortion rights and reproductive justice—and we must #ExpandTheCourt to rebalance it."

Sen. Dick Durbin of Illinois, the majority whip of the Senate, also expressed concern over the fate of Roe v. Wade.

"@SenateDems believe that everyone deserves to make their own decisions about pregnancy & parenting—and the constitutional right to have an abortion is critical to making that a reality," he said in a tweet . "With #RoevWade hanging in the balance, we all must stand together to protect abortion rights."

Vice President Kamala Harris also shared a video praising the protection Roe v. Wade granted to women and said the administration would work to protect reproductive rights despite threats by laws like the one in Mississippi.

"We must remain firm in ensuring that our country is not pushed backwards on women's reproductive rights," she said.

Harris also advocated for the Women's Health Protection Act , federal legislation that she said would codify Roe v. Way. The bill passed the House in September but is unlikely to pass in the Senate.

The effort to strike a deal with Manchin hasn't gone anywhere in months. Some Democrats in the room with him don't know if he wants a bill.
CONGRESS & COURTS・2 DAYS AGO
Business Insider

Archbishop Salvatore Cordileone said the House Speaker is risking a "danger to her own soul" and perpetuating a "grave evil" by supporting abortion.
SAN FRANCISCO, CA・12 HOURS AGO
Business Insider

The powerful group is seeking a meeting with Biden who is weighing at least $10,000 in student loan debt forgiveness.
CONGRESS & COURTS・1 DAY AGO
Business Insider

Anti-abortion activists have long been accused of pushing misleading claims about the treatment of aborted fetuses.
WASHINGTON, DC・1 DAY AGO

The wife of Justice Clarence Thomas sent emails to Speaker of the Arizona House Russell Bowers and Rep. Shawnna Bolick to "fight back against fraud."
ARIZONA STATE・1 DAY AGO
Business Insider

Greene testified on Friday that she didn't recall whether she asked Trump to invoke military rule, despite telling Meadows to relay the idea to Trump.
ATLANTA, GA・26 DAYS AGO
Business Insider

"We have an enemy to defeat, but we will never be able to defeat them until we defeat the cowardly and weak members of our own party," he said.
HENDERSONVILLE, NC・2 DAYS AGO

An activist group is trying to get Ted Cruz suspended from practicing law, citing his attempts to overturn the 2020 vote to keep Trump in power

Cruz was hit with a 15-page ethics complaint from a group looking to have him "disciplined for his conduct" like Rudy Giuliani was.
CONGRESS & COURTS・2 DAYS AGO
Business Insider

An attorney for the campaign said they thought they were allowed to use the funds based on a "good faith" understanding of the "highly confusing" rules.
FLORIDA STATE・3 DAYS AGO
Newsweek

Colorado Governor Jared Polis cited the "impacts of inflation and the cost of living" as reasons for the tax rebate program.
COLORADO STATE・26 DAYS AGO
Business Insider

Separately, 192 Republicans voted against a bill that would send the FDA $28 million to ensure that future baby formula shortages do not happen again.
OLMSTED FALLS, OH・2 DAYS AGO

MEXICO CITY — Mexican President Andrés Manuel López Obrador on Monday urged U.S. Latinos not to vote in November’s midterm elections for politicians who have “mistreated” them, in response to a comment by former U.S. President Donald Trump. Trump boasted at a rally in...
PRESIDENTIAL ELECTION・25 DAYS AGO
Fox News

EXCLUSIVE: A group of Republican senators is introducing legislation to block the Biden administration from sending personnel and funding from the Department of Veterans Affairs (VA) to alleviate the crisis at the southern border. The senators are alarmed by the Biden administration's announced termination of Title 42 on May 23,...
CONGRESS & COURTS・25 DAYS AGO
NBC News

A Kansas legislator said she does not “appreciate the huge transgender female who is now in our restrooms in the Capitol,” seeming to refer to her only transgender colleague. State Rep. Cheryl Helmer made the statement in an email with a University of Kansas graduate student, who voiced...
KANSAS STATE・25 DAYS AGO
Business Insider

Harvard polled Americans under 30 who are likely to vote in the midterms and found 85% of them want some government action on student loan debt.
PRESIDENTIAL ELECTION・26 DAYS AGO

Rep. Kinzinger mocked Madison Cawthorn for losing his seat in Congress after saying RINOs would never beat him

Kinzinger has repeatedly clashed with MAGA Republicans, including Cawthorn, as one of the few Trump critics in the GOP.
HENDERSONVILLE, NC・2 DAYS AGO
Business Insider

Walker, a US Senate candidate in Georgia, is obligated by law to accurately disclose details about his personal finances but is unlikely to face a significant penalty.
GEORGIA STATE・2 DAYS AGO
Business Insider