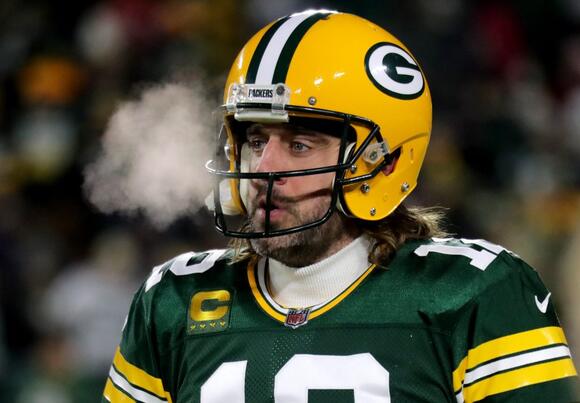 Aaron Rodgers and the Green Bay Packers entered the playoffs as the strong favorite to win the Super Bowl. But once again, the NFL MVP and the NFC’s No. 1 seed are headed home early.

The Packers were in the perfect position to put the game away. After a crucial fourth-down stop, Rodgers and Green Bay’s offense got the football back with 6 minutes to play and a 10-3 lead. But another three-and-out resulted in a punt. Then, Green Bay’s season-long issues on special teams returned for the second time on Saturday.

Suddenly, the 49ers tied the game. While Rodgers got the football back, he couldn’t do anything with it. Against a 49ers’ defense that allowed just 54 total yards in the second half, Rodgers couldn’t muster a first down. With an opportunity to win the game.

After a first-down snag by George Kittle, San Francisco’s rushing attack powered through the Packers’ defensive line. Three plays after Deebo Samuel converted a 3rd-and-7. from the 38-yard line, Robbie Gould came through with the game-winning kick.

So much for home field. Rodgers can play in the cold...nope. Difference in the game was the start of the 3rd quarter, 49ers came out and were motivated to play. Packers thought they would win..and 49ers knew they were gonna win.

How is it that he was ever in conversations that he is better than TB12?! 1 ring 17 years!! He lost his SHOT to go to any superbowls ever!😂

Gee maybe since he lied about his COVID vaccination. And the fact he thinks he bigger then the NFL the football gods punished him

After Treylon Burks had a very bad day in his first practice for the Tennessee Titans, he looked much more
NFL・2 DAYS AGO
Sportsnaut

The Buffalo Bills signed their first-round pick Kaiir Elam to his four-year contract worth a fully guaranteed $13.69 million, Pro
NFL・2 HOURS AGO

It doesn’t take much to spark a frenzy among the NFL community. Our latest example of this craze came when
NEW ORLEANS, LA・57 MINUTES AGO
Sportsnaut

Who doesn’t need a 6-foot-10 forward with 3-point range and an on-your-head dunk mindset? That’s what oddsmakers are asking about
NBA・1 HOUR AGO
Sportsnaut

Las Vegas Raiders: Why the Bryan Edwards trade made sense with the new McDaniels system

Set to become a free agent this past offseason, the Cincinnati Bengals made sure to place the franchise tag on
CINCINNATI, OH・3 HOURS AGO