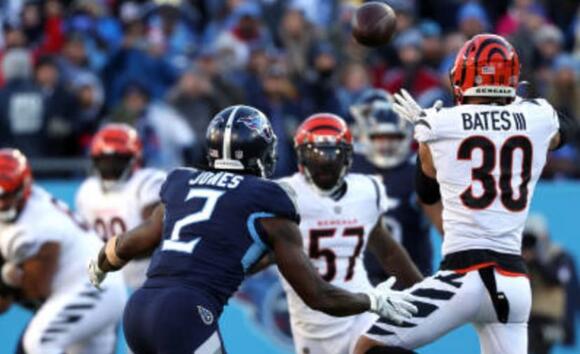 Projecting the Falcons Offensive Depth Chart: Who Starts at QB?

Who will make the 53-man roster on the offensive side of the ball?
ATLANTA, GA・2 DAYS AGO
Falcon Report

Dwayne Haskins’ widow issued a new statement on Monday, hours after the autopsy and toxicology report for the late quarterback were released. Haskins was killed after being hit by a truck in Florida on April 9. The autopsy and toxicology reports revealed Haskins had drugs in his sytem and his blood alcohol content was three times the legal limit.
FLORIDA STATE・3 HOURS AGO
Falcon Report

The third-round pick has some massive expectations.
ATLANTA, GA・1 DAY AGO

Troy Andersen was a "standout" at the Senior Bowl.
ATLANTA, GA・2 DAYS AGO
Falcon Report

Follow along with Falcon Report for up-to-date news on the NFL firings and hirings
ATLANTA, GA・10 HOURS AGO
Falcon Report

'We Have Something to Prove': Falcons Coach Arthur Smith Wants to Win Now

Atlanta Falcons head coach Arthur Smith is ready to win, and has an urgency to do so…now.
ATLANTA, GA・10 HOURS AGO

The third-round pick is looking to make history in Atlanta.
ATLANTA, GA・12 HOURS AGO
Falcon Report

After two seasons away from the NFL, Gurley has moved on and is happy with his current situation
ATLANTA, GA・7 HOURS AGO
Falcon Report

The Atlanta Falcons added some much-needed pass rush during the draft.
ATLANTA, GA・2 DAYS AGO