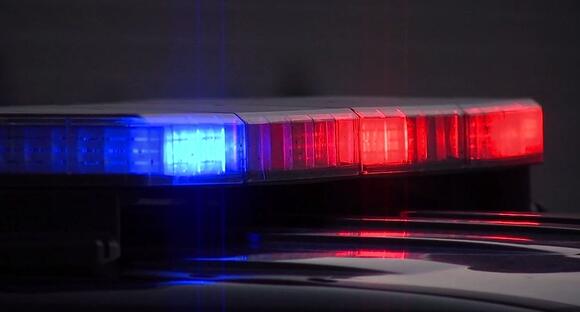 Jarvis Montell Dancy, 29 of Columbia, was arrested Saturday for endangering the welfare of a child and felony resisting arrest.

On Saturday around 6:40 a.m, officers with the Columbia Police Department responded to a report of a domestic disturbance at a residence in the 1800 block of George Street.

Once on the scene, officers made visual and verbal contact with Dancy through a rear window into the residence and instructed Dancy to exit the residence. While officers talked to him, they observed a juvenile.

Dancy told officers that he was not coming out and he barricaded himself inside the residence.

Because a juvenile was present and knowing that Dancy could be armed and dangerous based on prior contacts, officers requested the Department’s SWAT Team and Crisis Negotiations Team.

As the SWAT team arrived, Dancy allowed the juvenile to leave the residence. After a short period of negotiations, he surrendered without further incident.

There were no injuries to the juvenile or Dancy. The juvenile was quickly reunited with the mother.

Dancy had two other felony arrest warrants, one for kidnapping and the other for unlawful use of a weapon.

He has been remanded to the custody of the Boone County Jail.

This is an ongoing investigation. More information may become available at a later time.

Columbia Police are asking for your help. Anyone with information about this incident is asked to please contact the Columbia Police Department at 573.874.7652 or CrimeStoppers at 573.875.TIPS (8477) to remain anonymous.

The post Columbia man arrested Saturday for endangering the welfare of a child and felony resisting arrest appeared first on ABC17NEWS .

A Boone County prosecutor has charged a woman accused of assaulting a worker at a restaurant in Columbia. The post Woman faces assault charges after incident in downtown Columbia appeared first on ABC17NEWS.
COLUMBIA, MO・19 HOURS AGO
KMIZ ABC 17 News

Two men are facing an assault charge after allegedly hitting a man and sending him to the hospital with injuries following an April 18 incident off the 2400 block of West Broadway. The post Two men charged with assault after April assault in Boone County appeared first on ABC17NEWS.
BOONE COUNTY, MO・1 DAY AGO

MORGAN COUNTY, Mo. (KMIZ) A man was hurt after an overnight crash in Stover, Missouri. The crash happened around 1:10 a.m. on Third Street near Cherry Street, according to the Missouri State Highway Patrol. Troopers said an SUV driven by 40-year-old Anthony J. Gibson hit two trees after the vehicle traveled off the side of The post Man hurt after overnight crash in Stover appeared first on ABC17NEWS.
STOVER, MO・1 DAY AGO

Monday evening people will gather at the Boone County Courthouse columns to honor the 10 victims that lost their lives in the Buffalo, New York hate-fueled shooting Saturday. The post The We Project hosts vigil to honor victims of Buffalo shooting appeared first on ABC17NEWS.
COLUMBIA, MO・1 DAY AGO
KMIZ ABC 17 News

BENTON, Co. (KMIZ) Multiple people were seriously hurt in several mid-Missouri crashes on Saturday. Benton County A man was flown to the hospital after a motorcycle crash. 45-year-old Corey Wheeler was driving along Macks Camp Ave. on Saturday night when he lost control of his motorcycle. He then overcorrected and overturned. Wheeler was seriously hurt The post Multiple people seriously hurt in several mid-Missouri crashes appeared first on ABC17NEWS.
BENTON COUNTY, MO・3 DAYS AGO
KMIZ ABC 17 News

Columbia man charged with assault, burglary after being shot

Prosecutors have charged a Columbia man with burglary and domestic assault after an incident in which he was shot at a west Columbia home. The post Columbia man charged with assault, burglary after being shot appeared first on ABC17NEWS.
COLUMBIA, MO・6 DAYS AGO