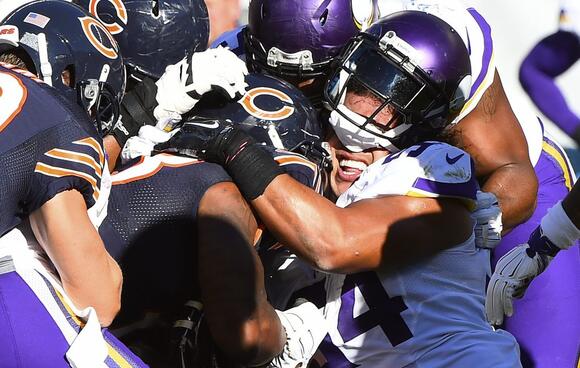 The Minnesota Vikings and Chicago Bears have gone to battle 122 times on the football field, in that time the Vikes lead the series 63-57-2 . While the on-field scraps have been historic, their next fight could occur off the field, but it could directly alter each franchise’s course for the next 10 years or so.

Both NFC North rivals are in need of a new general manager this offseason after letting their previous decision-makers go. Whoever is hired in each organization will have final say on draft selections and many other big roster decisions during their tenure, however long it may be.

In other words, hiring a general manager might be the most impactful decision a franchise can make when assembling a team, with the eyes on the playoffs, and eventually the holy grail by reaching the Super Bowl.

So it’s no surprise to see teams taking their time hoping they make a call that sets their squad up for success, instead of making a decision that could set them back another five years or more.

Interestingly enough, both teams in need of a GM from the “black and blue” division could be directly competing with one another for the same candidate. 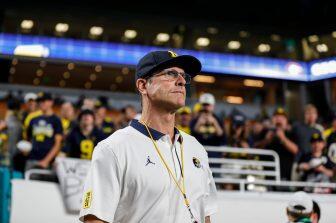 On Friday, we reported the Vikings were down to two finalists. Despite that, according to Vikings reporter Matthew Coller, Minnesota reportedly has its eyes set on hiring Kansas City Chiefs executive director of player personnel Ryan Poles for their GM vacancy.

The issue here is the Bears also are interested in potentially hiring Poles for their GM position. Poles has interviewed with both organizations once, and is set to meet with the Bears on Tuesday. The Vikings have their second interview scheduled one day after, on Wednesday.

It could set up an interesting dual that takes place at the negotiating table. Poles may or may not have a personal preference, a place he’d rather go perform his duties, but if not, he could very well pit the two franchises against one another in a bidding war for his services. 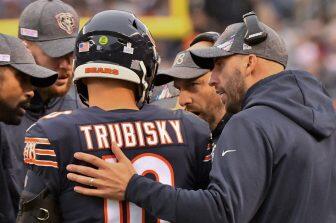 Alabama coach Nick Saban set fire to college football's offseason on Wednesday night by flat-out claiming Texas A&M "bought" every player on its team through name, image and likeness (NIL) deals. However, the Aggies weren't the only ones in Saban's crosshairs during a nearly 7-minute, wide-ranging rant on NIL. Jackson State and coach Deion Sanders were also targeted when Saban said the Tigers paid a recruit seven figures to sign a National Letter of Intent.
JACKSON, MS・6 HOURS AGO
Sportsnaut

It’s been just over three months since millions of spectators witnessed Odell Beckham Jr. tear his ACL in the biggest
LOS ANGELES, CA・1 DAY AGO
Sportsnaut

The 2021 season is in the books and defensive play culminated in the Los Angeles Rams becoming Super Bowl champions.
NFL・9 HOURS AGO

Despite entering the league as a third-round pick in the 2012 NFL Draft, T.Y. Hilton has racked up nearly 3,000
INDIANAPOLIS, IN・2 HOURS AGO
Sportsnaut

The Philadelphia Union continues to keep things even, playing to a 0-0 tie with visiting Inter Miami CF on Wednesday
FORT LAUDERDALE, FL・19 HOURS AGO

Want to know just how much money the highest-paid college football coaches make? Click here to find out Nick Saban's salary and the top 10 highest-paid coaches.
NFL・8 HOURS AGO
Sportsnaut

Our MLB Games Today schedule is back for the 2022 MLB season. Major League Baseball ended its lockout, officially clearing
MLS・9 HOURS AGO
Sportsnaut

Don't want to miss a single game during the NBA Playoff's? Check out these streaming services for all the action.
NBA・5 HOURS AGO
Sportsnaut

Star Los Angeles Rams defensive tackle Aaron Donald reset the market for that side of the ball when he signed
PITTSBURGH, PA・30 MINUTES AGO
Sportsnaut

Raul Ruidiaz scored the lone goal and the Seattle Sounders recorded back-to-back wins for the first time in the 2022
SEATTLE, WA・17 HOURS AGO
Sportsnaut