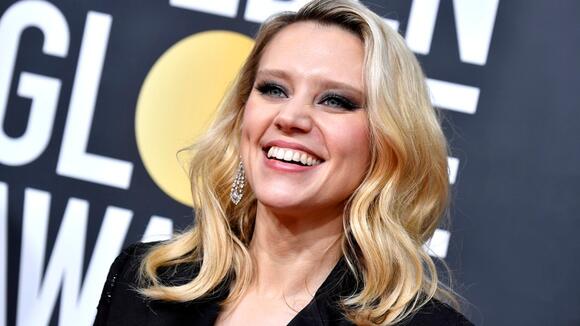 (NEXSTAR) – It’s the story you already know, now told by a bunch of people you probably also know.

Peacock has released the first trailer for “Joe vs Carole,” an upcoming scripted drama series based on the events that inspired the Wondery podcast “Joe Exotic: Tiger King,” and Netflix’s “Tiger King” docuseries.

“The story you know was only half the tale,” the trailer teases .

Peacock’s adaptation, starring Kate McKinnon (“SNL”) as Carole Baskin and John Cameron Mitchell (“Hedwig and the Angry Inch”) as Joe Exotic, is said to be based specifically on the Wondery podcast, which was hosted and reported by Robert Moor. McKinnon is also an executive producer of the Peacock series.

“The limited series will center on Carole Baskin, a big cat enthusiast, who learns that fellow exotic animal lover Joe ‘Exotic’ Schreibvogel is breeding and using his big cats for profit,” per a description offered by Peacock. “She sets out to shut down his venture, inciting a quickly escalating rivalry. But Carole has a checkered past of her own and when the claws come out, Joe will stop at nothing to expose what he sees as her hypocrisy. The results prove dangerous.”

In addition to McKinnon and Mitchell, “Joe vs Carole” will star Kyle MacLachlan, Dean Winters and William Fichtner. The series debuts March 3 on Peacock’s streaming platform.

Peacock’s scripted take on the “Tiger King” drama was one of several to be announced following the success of the podcast and docuseries. One, which was set to star Nicolas Cage as Exotic, was shelved as it is “no longer relevant,” Cage told Variety in July 2021. Rob Lowe had also teased his possible casting as Joe Exotic in a Ryan Murphy-helmed production, though it’s unclear if the project is still in the works.

Two men were recently arrested in relation to the disappearance of a woman from Decatur, Illinois. A sworn statement from police reveals more details of this case.
DECATUR, IL・2 DAYS AGO
CBS 42

DOTHAN, Ala. (WDHN) — The Dothan Police Department is currently looking for a couple accused of conning gas stations across the Wiregrass, all while travelling in a stolen truck. Joshua and Mary Matheny stopped at a Dothan gas station on May 10, and police say purchased upwards of $600 worth of fuel using a fraudulent […]
DOTHAN, AL・2 DAYS AGO
Hello Magazine

Laughter erupted in courtroom after Johnny Depp said he doesn’t watch his own movies and couldn’t recall the question he was asked. “I don’t watch them. I feel better not watching them. What was the question again?” Mr Depp said to laughter from the room. Johnny Depp trial – latest updates“Order in the court, or I will have you removed,” Judge Azcarate said. “Understood? Thank you.”The defamation trial between Mr Depp and Amber Heard began on Monday 11 April in Fairfax, Virginia following Mr Depp’s lawsuit against his ex-wife in March 2019. Mr Depp is arguing that she defamed him...
CELEBRITIES・26 DAYS AGO
Popculture

Netflix has canceled another one of its major shows, with this one getting the ax after only two seasons. Variety reports that hit sci-fi drama Raising Dion has been dropped by the streamer, following its recent season debut. The news seems to have been revealed by series star Sammi Haney, who shared the news with fans on Instagram. "Sad to say that Raising Dion is CANCELED [sic] Thank you for all of the amazing support we got from all of our wonderful fans!" Haney wrote, in part. "Season 2 was a success, equal to Season 1, even if just looking at how many people watched all of it and wanted a season 3!"
TV SERIES・25 DAYS AGO
Hello Magazine

The Today Show stars, including Hoda Kotb, Savannah Guthrie, and Craig Melvin, are reeling from the death of a beloved fellow Today host, one whose hiring onto the show made history at NBC studios. The co-hosts took a moment out of Monday morning's show to honor the legacy of Jim...
CELEBRITIES・26 DAYS AGO
Whiskey Riff

It’s no secret that Tim McGraw and Faith Hill loved their roles on 1883, as they’ve expressed their best experiences on the show, as well as their respect for their characters, James and Margaret Dutton. However, it appears that they have no intentions on reprising their 1883 roles...
CELEBRITIES・2 DAYS AGO

Click here to read the full article. It seems like everyone was rooting for Renée Zellweger and Ant Anstead to get together, including an unexpected duo: the Property Brothers. Drew and Jonathan Scott recently revealed that they were the ones that ended up getting Zellweger and Anstead to meet, and subsequently fall in love. And their hard work ended up paying off! Back on April 14, 2022, the Scott brothers sat down with ExtraTV to talk about everything from Drew’s upcoming fatherhood to Jonathan loving GF Zooey Deschanel’s Vanity Fair gown. While we loved the entire interview, we’re losing it over...
CELEBRITIES・27 DAYS AGO
TheStreet

Once again, Disney (DIS) - Get Walt Disney Company Report is finding itself embroiled in a political quagmire owing to its support of the LGBTQ community, after Florida Gov. Ron DeSantis punished Disney for denouncing his “Don’t Say Gay Bill,” by seeking to revoke Disney World’s designation as a special tax district (which as we pointed out, is ultimately a meaningless gesture).
FLORIDA STATE・25 DAYS AGO
ComicBook

After weeks of silence, Chris Rock has finally addressed his now-infamous incident with Will Smith at March's 94th Annual Academy Awards. During another sold-out show at Baltimore's Lyric Performing Arts Center on Friday, Rock directly referenced the slap, but only spent a second on it before moving on with his set.
BALTIMORE, MD・27 DAYS AGO
Us Weekly

Putting it all out there. Viola Davis doesn’t have time for critics — especially when it comes to her portrayal of Michelle Obama on Showtime’s The First Lady. The 56-year-old actress told BBC News in an interview published on Monday, April 25, that it is "incredibly hurtful when people say negative things about your work." […]
CELEBRITIES・25 DAYS AGO

VALLEY, Ala. (WRBL) — A disturbing, suspected case of elder abuse is unfolding in Valley as the husband and daughter of a 72-year-old woman face charges associated with her death in an alleged house of horrors investigation. Police say an autopsy concluded Janice Hawkins, 72, was neglected to death after being found lying in filth, […]
VALLEY, AL・2 DAYS AGO
CBS 42

‘He was being honorable’: Louisiana teen dies after trying to protect woman

BATON ROUGE, La. (BRPROUD) — Now, police are charging the man who allegedly attacked him with murder. On May 8th, At approximately 2:08 in the morning in a parking lot, 18-year-old Hayes Sellers stepped in when he saw a woman being yelled at in a parking lot. The two men that were involved were 20-year-old […]
BATON ROUGE, LA・2 DAYS AGO
CBS 42

The Opelika Police Department is seeking help from the public to identify a woman suspected of third-degree theft.
OPELIKA, AL・1 DAY AGO
PopCrush

90 Day Fiancé: Before the 90 Days star Johnny Chao is showing off a new look on social media. The reality TV star rocked a fresh-faced look on the show. However, Chao debuted some new facial hair in his most recent post on Instagram. More specifically, he grew a beard and mustache.
TV & VIDEOS・25 DAYS AGO
CBS 42

TUSCALOOSA, Ala. (WIAT) — Thanks to a group of hotel employees, a Michigan man was arrested after a 17-year-old girl who had been reported missing from Chicago was found safe in Tuscaloosa Thursday, police report. Geremy Glass, 33, was charged with first-degree human trafficking and second-degree possession of marijuana. Glass tried to flee, but was […]
TUSCALOOSA, AL・1 DAY AGO
Popculture

Spring is always a big time for engagements and weddings, and two beloved internet personalities are the latest to update their relationship status. On April 18, Rachel "Seltzer" Quirico revealed she and longtime boyfriend Trevor "TorcH" Housten were tying the knot after 17 years together. Both of them are beloved figures in the esports world, with Seltzer notably starring in the Syfy reality show WCG Ultimate Gamer. She's also hosted numerous esports tournaments and events for TV/streaming outlets; she also made a recent appearance on G4 TV's Boosted.
RELATIONSHIP ADVICE・26 DAYS AGO
EW.com

Saturday Night Live's longtime "resident young person" is getting nostalgic as he prepares to say a final farewell to the show. Pete Davidson shared a goodbye message confirming that tonight's season 47 finale will be his last episode as an SNL cast member. Kate McKinnon, Aidy Bryant, and Kyle Mooney are also expected to leave the show this season.
NFL・8 HOURS AGO
CBS 42

BRUSLY, La. (BRPROUD) — Imagine attending an awards ceremony at a local middle school and celebrating your accomplishments with a meal, only to have your experience tainted by a roach. That is what happened to Latoya Thomas and her 12-year-old daughter on Tuesday, May 17. At 3:15 p.m., Thomas and her daughter headed to a […]
LOUISIANA STATE・1 DAY AGO