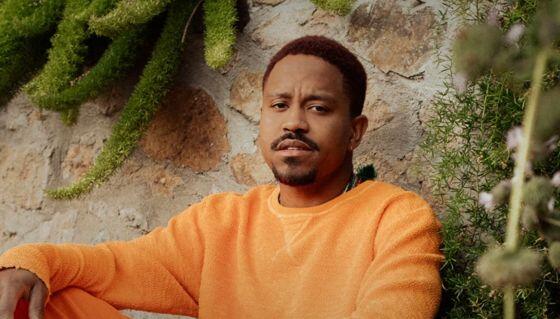 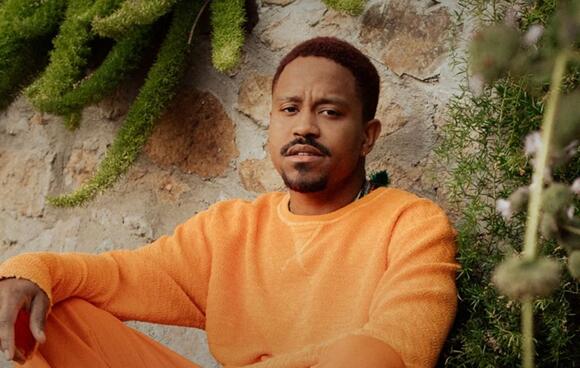 T he tragic suicide of actress Regina King ‘s only son was dominating the news cycle Saturday morning after his death was reported at the young age of just 26 years.

Ian Alexander Jr. was King’s pride and joy. She was a major presence on his social media channels, which were replete with indications that his career as a music-making DJ, singer and producer was about to take off. Those social media posts eagerly looking toward the future stood in contrast to others that offered more cryptic messages.

Alexander Jr., who performed under the name Desduné, was three days removed from celebrating his 26th birthday when he died by suicide. That was right around when he took to his Instagram account to post an image bringing attention to an upcoming gig he had. Alexander Jr. invited people to attend a showcase for emerging artists in Los Angeles so they can “say you supported desduné before the blowup.”

The post had hundreds of likes, including one from King, who called Alexander Jr. “such a bright light who cared so deeply about the happiness of others” in a statement confirming his death. King responded to that Instagram post with a single vote of approval: “Swag.”

But a few days earlier, Alexander Jr. suggested via his Twitter account that Instagram was not the most “healthy” place for him. He did not expound on that thought.

That same day, Alexander Jr. also took to Twitter to compare himself to a SpongeBob Squarepants episode that featured a chaotic glimpse inside the main character’s brain. “[T]hat one really hits home,” Alexander Jr. tweeted.

Desduné’s had just released a single called “Green Eyes” on Jan. 7 and other music from him, including his debut single, “Work It Out,” that was released last April , is available on popular streaming services like Apple Music.

One day before “Green Eyes” was released, Alexander Jr. appealed to his followers to help the song reach 1 million streams. He said he would quit smoking if that happened. “My health is in your hands,” he wrote alongside an emoji of a clementine, the name of the project on which the song appears.

By all means, according to Alexander Jr.’s Instagram, Desduné was preparing to take the next step in his career and appeared to be very excited about those prospects; indications expressed through IG posts that showed him in various states of bliss.

Whether it was touting his own music or dedicating his love to his mother or bonding with his dog or sharing old family photos, Alexander used his Instagram page to share his own apparent joy.

Sadly, his suicide was the latest in a rising trend of Black people taking their own lives in the pandemic.

You are so right SlimmKayy. I used to think people who committed suicide were selfish. I now know differently. Life as they know it, is so unbearable, we who don't have those problems, can't imagine the pain. My heart goes out to his mom. I will keep her in my prayers.

sounds like a sacrifice to me🤔 he's excited about his career taking off and than all of a sudden he takes his own life? makes no sense.

Just goes to show you that there's no real happiness with all the fame, fortune and notoriety. Celebrities are the most depressed people on the planet no matter how much they try and show people how happy they are and how good their life is.

According to Tina Brown's new book, "The Palace Papers," Prince William was aware of his status as future king from a young age.
CELEBRITIES・28 DAYS AGO
OK! Magazine

Audio Revealed: Johnny Depp Told Amber Heard 'It's Going To Be A Bloodbath' If He Didn't Walk Away From Their Marriage

More and more is coming out about Johnny Depp and Amber Heard's tumultuous marriage. In audio clips that were heard during the Monday, April 25, cross examination, some of their conversation from couples therapy was heard — and it wasn't pretty. “Walking away is necessary — is necessary, especially between you and I. It is of utmost importance, because the next move, if I don’t walk away — or just go out for a little while — it’s just going to be a bloodbath,” Depp said in the recordings. “It’s just not worth it.”Heard responded that she just wanted the...
CELEBRITIES・29 DAYS AGO
Daily Mail

Brenda Edwards broke down in tears as she revealed she was holding her son Jamal's hand aged 31 in February of this year, while confirming it was from a cardiac arrest. The Loose Women panellist, 53, also revealed details of his Chelsea FC-themed funeral for the very first time in a chat with her co-star Coleen Nolan during the ITV show on Monday.
CELEBRITIES・29 DAYS AGO

The Today Show stars, including Hoda Kotb, Savannah Guthrie, and Craig Melvin, are reeling from the death of a beloved fellow Today host, one whose hiring onto the show made history at NBC studios. The co-hosts took a moment out of Monday morning's show to honor the legacy of Jim...
CELEBRITIES・29 DAYS AGO
Insider

Depp said he discovered Disney would not recast him in "Pirates" days after Amber Heard's Washington Post op-ed article was published.
FAIRFAX, VA・29 DAYS AGO
Popculture

GENERAL Hospital revealed a major character change is coming to the show this week as one of its stars battles health issues. There are often comings and goings happenings on soaps, and the latest cast switch-up involves longtime cast member Nancy Lee Grahn. Nancy, who turns 66 on Thursday, has...
CELEBRITIES・29 DAYS AGO
The US Sun

WEDDINGS are meant to be happy occasions where loved ones come together to celebrate a new union. But, as we all know, there’s usually some drama involved during every stage of the planning. One woman has received backlash online because of the location she chose to marry her second...
RELATIONSHIP ADVICE・29 DAYS AGO
People

Megan Fox wants her kids to express themselves however they please. In a wide-ranging interview with Glamour U.K. for their April cover story, the 35-year-old actress opens up about how she teaches her children, Journey River, 5, Bodhi Ransom, 8, and Noah Shannon, 9, about gender identity and encourages them to be confident in who they are.
FAMILY RELATIONSHIPS・28 DAYS AGO
Outsider.com

Spring is always a big time for engagements and weddings, and two beloved internet personalities are the latest to update their relationship status. On April 18, Rachel "Seltzer" Quirico revealed she and longtime boyfriend Trevor "TorcH" Housten were tying the knot after 17 years together. Both of them are beloved figures in the esports world, with Seltzer notably starring in the Syfy reality show WCG Ultimate Gamer. She's also hosted numerous esports tournaments and events for TV/streaming outlets; she also made a recent appearance on G4 TV's Boosted.
RELATIONSHIP ADVICE・28 DAYS AGO
Popculture

90 Day Fiancé stars Anna-Marie Campisi and Mursel Mistanoglu have added a little boy to their family! The couple, who tied the knot on Season 7 of the TLC reality show, announced on Instagram this week that their son, Gokhan John, had been born via a surrogate on Monday, April 11 after the couple's initial struggle with fertility.
FAMILY RELATIONSHIPS・28 DAYS AGO
Newsweek

While Pratt has never publicly expressed his views on sexuality, his links to a church that has been accused of supporting conversion therapy and being anti-LGBTQ have made him a target for online criticism.
MOVIES・29 DAYS AGO
PopCrush

90 Day Fiancé: Before the 90 Days star Johnny Chao is showing off a new look on social media. The reality TV star rocked a fresh-faced look on the show. However, Chao debuted some new facial hair in his most recent post on Instagram. More specifically, he grew a beard and mustache.
TV & VIDEOS・28 DAYS AGO
hotnewhiphop.com

50 Cent cast doubt on Megan Thee Stallion's recent comments about not having been in an “intimate relationship” with Tory Lanez, prior to the infamous shooting in July 2020 which left her with gunshot wounds. Megan's comment came during a recent interview with Gayle King, during which she...
CELEBRITIES・28 DAYS AGO
TheWrap

In a surprise to no one, Kimmel devoted much of his opening monologue on Monday’s “Jimmy Kimmel Live!” to roasting Marjorie Taylor Greene after the far-right congresswoman testified last week in a Georgia court about her role in the Jan. 6 Capitol riot. Kimmel — who was...
WASHINGTON, DC・28 DAYS AGO
Entrepreneur

Dorsey, who was CEO of the company until November 2021, took to the platform to pen his thoughts on the new changes.
BUSINESS・28 DAYS AGO
The Independent

A woman has revealed several “red flags” that she found in the apartment of the man she’s dating, which included two books about pregnancy and a woman’s ring.In a recent video shared to TikTok, Devin, @discoveringdevin, filmed herself sitting on a bed and putting her thumb down, as the text reads: “Red flags in his apartment.”She then began by showing four Apple MacBooks, all placed on top of each other, on a desk. “Four laptops…what are you hiding?” Devin wrote in the text over the clip.Next, she documented what appeared to be a “girl’s ring” on a white shelf....
RELATIONSHIP ADVICE・29 DAYS AGO