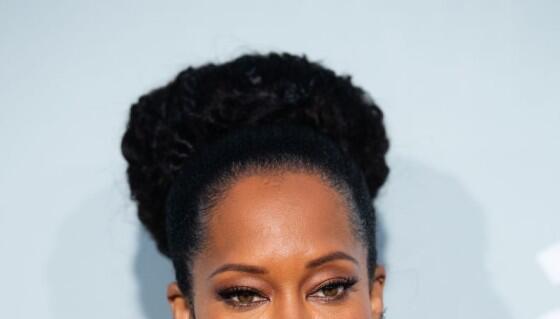 Regina King’s only son Ian Alexander Jr. has died by apparent suicide. He was 26 years old and just had a birthday last Wednesday. The news of Alexander Jr.’s passing broke last night, and shortly after, King released a statement on the tragic news.

“Our family is devastated at the deepest level by the loss of Ian,” King said in a statement to PEOPLE . “He is such a bright light who cared so deeply about the happiness of others. Our family asks for respectful consideration during this private time. Thank you.”

Alexander Jr. was the actresses’ only child whom she shared with her ex-husband and record producer Ian Alexander Sr. King and Alexander Sr. separated in 2007.

The 51-year-old actress was never shy about expressing her love for her son in the media, repeatedly calling him her biggest source of pride and inspiration. “ You don’t know what unconditional love is. You may say you do, but if you don’t have a child, you don’t know what that is,” she explained . “When you experience it, it’s the most fulfilling [thing] ever.”

Since the news broke, fans have shared heartfelt tributes across social media of the actress sharing her deepest love for her son, like this montage of the many times King told the world how much he meant to her.

Ian was also never shy about expressing his love for his mother and wrote her the sweetest birthday tribute last year on her 50th birthday, posting a loving photo of the two with a heartfelt caption. “H appy birthday to my co, so extremely proud of you and inspired by your love, artistry, and gangsta,” he wrote. “To be able to watch you take this lifetime by its neck and make it yours is something i will forever be grateful for. But to have you as my mother is the greatest gift I could ask for. To be all that you are while always having the time to be there, love and support me unconditionally is truly remarkable. The whole marvel universe ain’t got shit on you, your the real superhero! Love you mom! This day and everyday YO DAY!!”

Our hearts and prayers go out to Regina King and the King family. Don’t miss… At Last! Actress Regina King Is Honored With Hollywood Walk Of Fame Star 5 Times Regina King Gave Us An Effortless Slay

I cannot imagine her pain. mMay God keep her strong and surround her with people who can support her through her emotional trauma and grief

My deepest condolences to you Ms Regina King I can honestly say I feel yoyr pain I lost my oldest son Steven April 3rd 2014 he was only 27yrs ,I had just picked up my 2yr sobriety birthday chip .He waz in a car accident he was racing his car on a highway in El Paso after leaving a club .he had never been there before his friend left him at club by himself whuch I wasnt brought up that way. we all leave together or we all stay thats old school ..I have faith in God im still ckean and sober march 15th will be 10 yrs sober but it still hurts .so I will keep uou in my prayers .

Robin Roberts got emotional as she opened up about her relationship with partner Amber Laign, especially in the midst of a challenging health battle. The Good Morning America star made an appearance on The Ellen DeGeneres Show to promote her new book, Brighter By the Day. VIDEO: Robin Roberts enjoys...
CELEBRITIES・25 DAYS AGO
Insider

According to Tina Brown's new book, "The Palace Papers," Prince William was aware of his status as future king from a young age.
CELEBRITIES・24 DAYS AGO
Hello Magazine

The Today Show stars, including Hoda Kotb, Savannah Guthrie, and Craig Melvin, are reeling from the death of a beloved fellow Today host, one whose hiring onto the show made history at NBC studios. The co-hosts took a moment out of Monday morning's show to honor the legacy of Jim...
CELEBRITIES・25 DAYS AGO
Hello Magazine

Princess Eugenie has taken to her Instagram Stories to make an exciting announcement related to The Anti-Slavery Collective, which she co-founded with her best friend Julia de Boinville back in 2017. Resharing a message from the charity organisation, the mother-of-one revealed she was posting "news from my charity". WATCH: Princess...
CELEBRITIES・24 DAYS AGO

Brenda Edwards broke down in tears as she revealed she was holding her son Jamal's hand aged 31 in February of this year, while confirming it was from a cardiac arrest. The Loose Women panellist, 53, also revealed details of his Chelsea FC-themed funeral for the very first time in a chat with her co-star Coleen Nolan during the ITV show on Monday.
CELEBRITIES・25 DAYS AGO
The Independent

Johnny Depp praised Amber Heard for having “the strength of a thousand men” in a text to her mother, the Heard legal team revealed in court. As proceedings in Mr Depp’s defamation trial against Ms Heard resumed on Monday, her attorney Ben Rottenborn said Mr Depp was going into detox for addiction to pain killers when he spoke to Ms Heard’s mother. Johnny Depp trial – latest updatesOn 19 August 2014, Mr Depp wrote: “my dearest Paige, how unbelievably kind and pure your message was. I am beyond thankful to have you in my life. There’s no luckier man on...
CELEBRITIES・25 DAYS AGO
HelloBeautiful

Cardi B shared a few photos of her gorgeous family rocking fashionable fits and elegant charm necklaces on her Instagram page.
CELEBRITIES・20 DAYS AGO
Hello Magazine

Gender reveals have firmly become part of the 21st-century parenting journey. While once you had simply to decide whether to wait until your due date to know the sex of your baby, now you have the option of whether to shower your nearest and dearest with pink or blue fireworks, balloons, confetti, or cake to announce the big boy or girl baby news.
FAMILY RELATIONSHIPS・29 DAYS AGO
People

Megan Fox wants her kids to express themselves however they please. In a wide-ranging interview with Glamour U.K. for their April cover story, the 35-year-old actress opens up about how she teaches her children, Journey River, 5, Bodhi Ransom, 8, and Noah Shannon, 9, about gender identity and encourages them to be confident in who they are.
FAMILY RELATIONSHIPS・24 DAYS AGO
Us Weekly

The show — and the vacation — must go on. Jada Pinkett Smith determined that the family trip to India wasn't going to be canceled due to Will Smith's Oscars slap. "Will and Jada have taken the family on [a] vacation that was already planned," a source exclusively tells Us Weekly. The Concussion star, 53, […]
CELEBRITIES・26 DAYS AGO
hotnewhiphop.com

50 Cent cast doubt on Megan Thee Stallion's recent comments about not having been in an “intimate relationship” with Tory Lanez, prior to the infamous shooting in July 2020 which left her with gunshot wounds. Megan's comment came during a recent interview with Gayle King, during which she...
CELEBRITIES・24 DAYS AGO

It seems Coi Leray is getting fed up with the drama. She and her father, Benzino, have not seen eye to eye for quite some time, and despite numerous attempts to mend their relationship, they keep ending up back at square one. Yesterday, 50 Cent, whose been feuding with Benzino...
CELEBRITIES・26 DAYS AGO
Popculture

Spring is always a big time for engagements and weddings, and two beloved internet personalities are the latest to update their relationship status. On April 18, Rachel "Seltzer" Quirico revealed she and longtime boyfriend Trevor "TorcH" Housten were tying the knot after 17 years together. Both of them are beloved figures in the esports world, with Seltzer notably starring in the Syfy reality show WCG Ultimate Gamer. She's also hosted numerous esports tournaments and events for TV/streaming outlets; she also made a recent appearance on G4 TV's Boosted.
RELATIONSHIP ADVICE・25 DAYS AGO
The Independent

Helen Skelton has revealed that she has separated from her husband, rugby player Richie Myler.The Countryfile host announced the news in an Instagram statement, writing that Myler has “left the family home”.Skelton’s announcement comes just four months after they welcomed their third child.“Very sad to say that Richie and I are no longer a couple,” she wrote. “He has left the family home. We will be doing our best to co parent our small children.”Skelton, who married Myler in 2013, accompanied the post with two broken heart emojis.The pair have three childen together: Ernie, aged six, Louis, aged...
CELEBRITIES・24 DAYS AGO
Complex

Benzino is once again airing out some family business. After previously calling 50 Cent the “first hip-hop rat,” and getting into various other conflicts with his daughter Coi Leray, the rapper has now name-dropped both of them in a Twitter tirade. On Sunday, Fif took to Instagram to...
CELEBRITIES・25 DAYS AGO
HelloBeautiful

As a mother, it's challenging to carve out five minutes for yourself, let alone work a job, develop a brand, or live out a dream.
BEAUTY & FASHION・14 DAYS AGO
HelloBeautiful

Jessica Betts just released her latest single, We Drip, and we can thank her wife, Niecy Nash, for serving all the inspiration. Not only does the Claws actress make her directorial debut in the music video, but she also stars in the summertime bop, which is sure to keep everyone dancing. Betts has a long history in the […] The post Jessica Betts And Niecy Nash Discuss Betts’ Latest Single ‘We Drip,’ Married Life, And More appeared first on HelloBeautiful.
MUSIC・3 DAYS AGO
HelloBeautiful

Locs We Love: 23 Women Share Why They Started Their Loc Journey

From spirituality to needing a change, these 23 women share the inspiration behind their loc journey. The post Locs We Love: 23 Women Share Why They Started Their Loc Journey appeared first on HelloBeautiful.
HAIR CARE・3 DAYS AGO