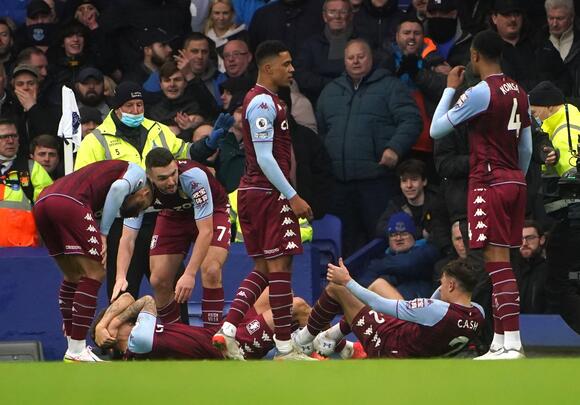 An Everton supporter has been arrested after two Aston Villa players were floored by a bottle thrown from the crowd during the visitors’ 1-0 Premier League win at Goodison Park.

Former Everton defender Lucas Digne who had only left the Toffees nine days earlier, and Matty Cash both ended up on the ground as Villa players celebrated Emiliano Buendia’s first-half winner.

“Police have arrested a supporter at Goodison Park for throwing a missile onto the pitch during today’s Premier League match against Aston Villa,” read an Everton statement on the club website.

“Several objects were thrown towards the pitch following Aston Villa’s goal at the end of the first half, with one missile appearing to strike two opposition players.

“Investigations in conjunction with the police are ongoing, and the club will issue bans to any fans identified throwing objects.”

The game was Duncan Ferguson’s first in charge of his second spell as Everton caretaker manager following the dismissal of Rafael Benitez.

We don't want that. It is bang out of order. It is totally wrong

Ferguson said: “I never saw the bottles thrown, I’ve been told after and we don’t want that, it is bang out of order.

“That is not the way to do things. It is totally wrong.”

There have been several such incidents in the Premier League this season when objects have been thrown at players from the crowd, and former England midfielder Jermaine Jenas called for authorities to punish offending clubs.

Jenas, working as a pundit for BT Sport, said: “It’s becoming too often in the Premier League now. It’s disgusting. 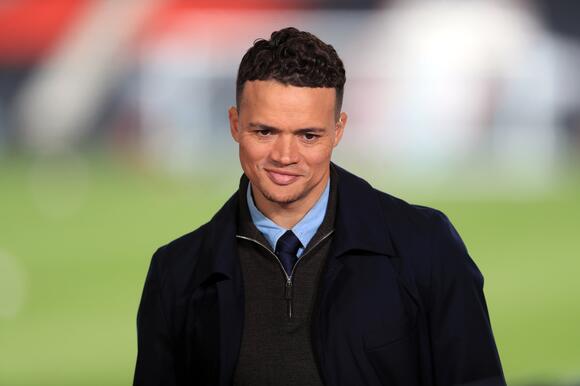 “It’s going back to old times, the dark ages of football. Bottles and coins being thrown on to the pitch.

“There needs to be some serious punishments handed out to all the clubs behaving in this way.

“This is not just Everton Football Club. This has happened at various stadiums all season and they need to stamp it out.

“Whatever it may be, they need some punishments to stop it happening again.”

Liverpool take on Real Madrid in Saturday’s Champions League final with both sides looking to add to their impressive history in the tournament.Here, the PA news agency looks at how the teams compare ahead of the clash at the Stade de France in Paris.Dominant duoLiverpool and Real Madrid have been crowned champions of Europe on a staggering 19 occasions between them.Real are the tournament’s specialists, winning 13 titles, while Liverpool are six-time winners.Real also hold the superior record in the Champions League era with seven wins to Liverpool’s two, reaching eight finals compared to the Reds’ five and 15 semi-finals...
PREMIER LEAGUE・1 HOUR AGO
The Independent

Carlo Ancelotti does not need reminding about what happened on this day 17 years ago. Thoughts of that wild night in Istanbul in 2005 always resurface for the Real Madrid coach in late May, but those memories are even more urgent because the 62-year-old is preparing for another Champions League final against Liverpool on Saturday in Paris.This will be the third time the Italian has faced the Merseyside club in European football’s showpiece game. That first meeting will forever haunt Ancelotti. His Milan side were 3-0 up at half-time in the Ataturk Stadium but lost on penalties after Liverpool made...
PREMIER LEAGUE・45 MINUTES AGO
The Independent

Emile Smith Rowe has returned to the England Under-21s squad for their crucial Euro 2023 qualifiers.The Arsenal midfielder has dropped back down from the seniors, having last played for the Young Lions in October.Aston Villa striker Cameron Archer, who scored seven goals in 20 appearances on loan at Preston this season, has been handed his first call-up by boss Lee Carsley for the final four qualifiers.Manchester City goalkeeper James Trafford, who has been on loan at Bolton this season, is also included for the first time.The Young Lions are second in Group G, three points behind the Czech Republic with two games in hand.Carsley’s side go to Ceske Budejovice on June 3 for the crunch top-of-the-table game before hosting Albania, travelling to Kosovo and ending with a home game at Huddersfield against Slovenia on June 13.
SPORTS・1 HOUR AGO