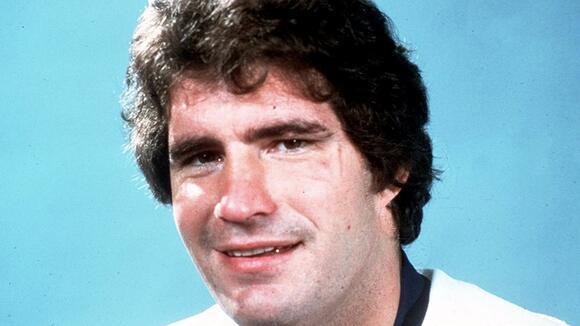 Clark Gillies, a Hockey Hall of Famer and four-time Stanley Cup winner with the Islanders, has died at 67. 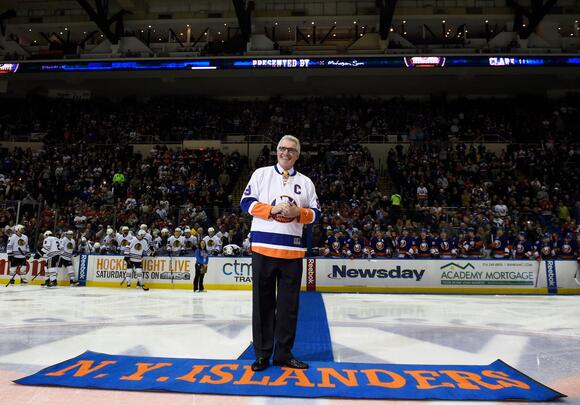 Gillies smiles as fans cheer before he drops a ceremonial puck prior to a 2014 game. (AP Photo/Kathy Kmonicek)

“The entire Islanders community is devastated by the loss of Clark Gillies,” Islanders president and general manager Lou Lamoriello said in a statement. “He epitomized what it means to be a New York Islander. The pride he felt wearing the Islanders sweater on the ice was evident by his willingness to do anything to win. Off the ice, he was just as big of a presence, always taking the time to give back to the local community. The New York Islanders have four Stanley Cups because of the sacrifices he and the members of those dynasty teams made for the franchise. On behalf of the entire organization, we send our deepest condolences to the entire Gillies family.” 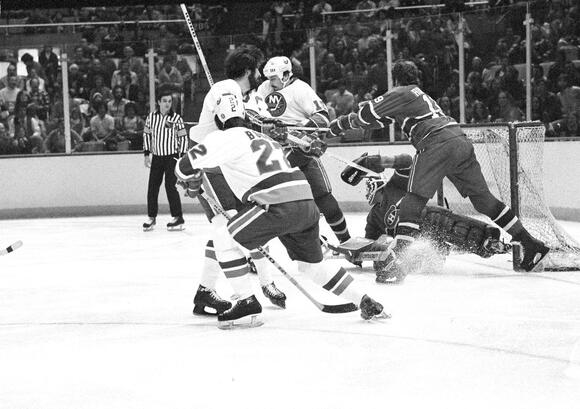 Gillies on the ice with fellow Islanders Hall of Famers Mike Bossy and Bryan Trottier during a 1977 game against the Montreal Canadiens. (AP Photo/Harry Harris)

"The National Hockey League mourns the passing of Clark Gillies, a tower of strength on the ice for the dynastic New York Islanders of the early 1980s and a pillar of the Long Island community ever since," NHL Commissioner Gary Bettman said in a statement. "Gillies helped define the term 'power forward' during a 14-season, Hall of Fame career with the Islanders and Buffalo Sabres that was highlighted by winning four straight Stanley Cups with the Islanders.

Raul "Lito" Valle, the 16-year-old Milford resident accused in the stabbing death of Fairfield Prep student Jimmy McGrath, has been released from custody after posting $2 million bond. Valle, a student at St. Joseph High School in Trumbull, walked out of the Milford courthouse with his father's arm protectively around him. He, his family members and his attorney had no comment as they left.
FAIRFIELD, CT・3 HOURS AGO
News 12

The body of a 15-year-old boy who disappeared at Great Notch Reservoir was found, according to the mayor of Woodland Park. Police and Mayor Keith Kazmark say the teen went into the water but did not come out. A search was suspended Saturday due to darkness. Officials say the body...
WOODLAND PARK, NJ・1 DAY AGO
News 12

The owners of the store said two girls came in with the two-pound Cockapoo.
1 DAY AGO
News 12

CAUGHT ON CAMERA: Husband and wife robbed at gunpoint inside their City of Newburgh restaurant

A husband and wife were robbed at gunpoint inside their restaurant last week. Sources say it is part ofa violent string of crime in the City of Newburgh over the last few days. News 12 obtained exclusive surveillance video showing the horrifying moments as the husband and wife were held...
NEWBURGH, NY・4 HOURS AGO

Police say the second suspect wanted in the killing of 11-year-old Kyhara Tay is also wanted in two other crimes. They say 18-year-old Omar Bojang committed two gunpoint robberies in Morrisania back in April. Police say Bojang and two to three other men set up in-person meetings online. Once they...
BRONX, NY・1 DAY AGO
News 12

A Milford teen accused of fatally stabbing a Fairfield Prep student is out of jail after posting $2 million bond.
SHELTON, CT・4 HOURS AGO
News 12

The NYPD is asking for the public's help identifying two suspects in connection with a gun-related incident at a building on Dumont Avenue earlier this month.
BROOKLYN, NY・1 DAY AGO

Police in Passaic County are investigating a possible drowning. They say someone went into the water at the Great Notch Reservoir in Woodland Park on Saturday but did not come back to the surface. Woodland Park Mayor Keith Kazmar told News 12 New Jersey the active investigation involved the potential...
WOODLAND PARK, NJ・1 DAY AGO
News 12

A curfew was issued for the city of Long Branch Saturday night. Police said no one as 9 p.m. would be allowed out on any public street. The curfew will be in effect until Sunday 5 a.m. News 12 New Jersey observed a large police presence near Pier Village. Police...
LONG BRANCH, NJ・1 DAY AGO
News 12

A person running the Brooklyn Half Marathon collapsed and died Saturday morning, New York City's fire department spokesperson said. Spokesperson Frank Dwyer said the runner was transported to a nearby hospital and pronounced dead. Other details, including what caused the runner to collapse, were unavailable as of midday Saturday. Dwyer...
BROOKLYN, NY・2 DAYS AGO
News 12

The NYPD says a Brooklyn man was shot and killed on board a Q train and the suspect is still on the loose. Police report the victim boarded a Manhattan-bound Q train at 11:30 a.m. at the Dekalb Avenue subway station in Brooklyn. As the Q train crossed the Manhattan Bridge, a man allegedly shot and killed 48-year-old Daniel Enriquez.
BROOKLYN, NY・16 HOURS AGO

A former NFL player and an airline worker got into a fight at Newark Liberty International Airport – a confrontation caught on camera. Video of the fight was posted on social media. A spokesperson for United Airlines says that the employee worked for a subsidiary of the airline and...
NEWARK, NJ・1 HOUR AGO
News 12

A Deer Park man has been sentenced to 21 years to life behind bars for fatally shooting his wife in front of their two daughters.
DEER PARK, NY・2 DAYS AGO
News 12

Family, friends and the Darien community are remembering a Darien High School student after he died by suicide. News 12 has confirmed Hayden Thorsen died over the weekend. The superintendent released a statement on the sophomore's death that said in part, "This is the third student that the school has grieved in the past two months. The pain of losing these beautiful young lives is unbearable. It is devastating for the families, the school and the town. Our school community is understandably hurting from these tragic losses of life."
DARIEN, CT・4 HOURS AGO
News 12

Police say a teenage driver with a suspended license caused a crash that seriously injured a pedestrian in Wyandanch. Officers say 19-year-old Kwaisi McCorvey was driving a Chevy Tahoe Saturday when he tried to make a left turn onto Lake Drive and hit 74-year-old Casseus Clesca, of Wyandanch. The pedestrian...
WYANDANCH, NY・1 DAY AGO

Authorities say the fatal car fire on Shore Road near the Split Rock Golf Course that took place earlier in May has been labeled as a double homicide.
PUBLIC SAFETY・16 HOURS AGO
News 12

On the heels of a violent mass shooting at a Buffalo, New York supermarket, the city of Newark is putting a new plan in place if police ever have to deal with an active shooter situation.
NEWARK, NJ・2 DAYS AGO
News 12

Severe thunderstorm watch in effect for some Hudson Valley counties

The Clinton Hill community celebrated Saturday the legacy of Biggie Smalls on what would have been his 50th birthday. Born Christopher Wallace, the rapper is considered one of the best to ever live with his influence still reverberating in the music industry. He was killed in a drive-by shooting in...
BROOKLYN, NY・2 DAYS AGO