Predicting events a decade out is fraught with hazards. That's also true when picking stocks. That's why you should take extra care when investing for a long period to grow your wealth .

These two stocks have a lot of growth left, and in 10 years they should leave you wealthier than when you began. 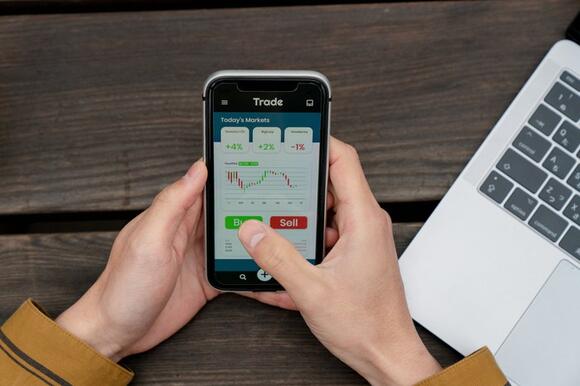 There's no reason for investors to believe that Amazon 's (NASDAQ: AMZN) high-flying days are over. Sales and profitability continue to grow. For the first nine months of 2021, the company's top line increased 27.6% to $332.4 billion, leading to operating income growth of 33.7%.

Concerns about slowing growth will likely prove unfounded. In the most recent quarter, sales rose 15.3% and operating income fell by 21.7%. But the lower profitability was due to short-term factors such as higher wages, supply-chain issues, and elevated shipping costs. Given Amazon's size and dominance, it can recoup this if it decides to raise prices.

Meanwhile, the popularity of online retailing continues to grow. In the third quarter, e-commerce sales represented 13% of total retail sales in the U.S., according to the Census Bureau. That was up from 11% at the end of 2019 -- before the pandemic and associated shutdowns helped raise that figure to 15.7% in the second quarter of 2020.

Over the long term, low prices and fast delivery (particularly for Amazon Prime subscribers) should help the company maintain its dominance in online retailing. Plus, the company's $8.5 billion acquisition of MGM Studios will be adding more content to its streaming service.

Amazon also has the leading cloud platform, Amazon Web Services (AWS), which saw sales grow about 36% to $44.4 billion in the first nine months of 2021 -- and boasts a higher margin than the e-commerce business. AWS's operating income increased 32.8% to $13.2 billion. With data becoming increasingly important to businesses, this division should continue to shine.

The trends toward online retailing and cloud computing leave Amazon well-positioned to continue posting sales and income growth for the foreseeable future.

With workers at one Starbucks (NASDAQ: SBUX) location joining a union and employees at other sites looking to do so, investors in the coffee chain might fear rising costs. However, management already offers generous pay and benefits to its workers, making this less of an issue than it would be at other establishments.

Starbucks' focus on service, convenience, and technology to drive customer loyalty is evident in its rewards program. Last year, membership in its U.S. rewards program increased 28% to about 25 million as of October.

This formula has added up to higher sales. In its latest fiscal year ended Oct. 3, same-store sales (or "comps") increased by 20%, split roughly equally between customers spending more and higher traffic. Part of this increase stems from restaurant closings in the year-earlier period due to COVID-19 restrictions. In 2020, comps fell by 14% because of the closings, but in the prior year they rose by 5%. Historically, the company has produced higher comps.

Starbucks also continues to expand its number of restaurants. During the latest fiscal year, the company opened up 1,173 licensed and company-owned stores, for a total of 33,833 worldwide. The U.S. and certain international locations such as China remain a growth area.

Amazon, in an optimal position to benefit from e-commerce and data use, and Starbucks, which has loyal customers who continue flocking to its stores, have grown profitably. And with both of them laser-focused on their customers, their prospects remain bright.

This 5%-yielding bank has exposure to emerging markets layered on a strong core in a safe country.
STOCKS・3 DAYS AGO
The Motley Fool

Coca-Cola and Colgate-Palmolive both generate plenty of cash flow to support their ever-growing payouts.
STOCKS・2 DAYS AGO

It's advice worth taking right now.
STOCKS・1 DAY AGO
The US Sun

MILLIONS of Americans are set to receive Social Security checks worth up to $1,657 tomorrow. The cash boost will come just 48 hours before Supplemental Security Income payments, worth up to $841, are set to land in around eight million bank accounts on April 29. Seniors with birthdays on the...
BUSINESS・27 DAYS AGO
dailyhodl.com

The stock price has dropped 30% year to date.
STOCKS・3 DAYS AGO

As part of a lawsuit between shareholders and Elon Musk regarding his “funding secured” tweet, new text messages and emails between Musk and people involved have been released. The communications pretty much confirmed how most people saw the situation: Elon Musk took a meeting with the head of...
BUSINESS・27 DAYS AGO
Business Insider

The stock for these two world-beaters is trading at a major discount to historical valuations.
STOCKS・23 HOURS AGO
The Motley Fool

Brookfield Renewable is on course to become the ExxonMobil of the clean energy industry.
ENERGY INDUSTRY・3 DAYS AGO
The Motley Fool

The start of a new bull market in the technology sector is a matter of when, not if.
STOCKS・3 DAYS AGO
The Motley Fool