Here's Why Bitcoin Is Not Risky

Cryptocurrencies in general are characterized by speculation, uncertainty, and extreme volatility. These traits can certainly scare away even the most experienced investors from dabbling in the burgeoning asset class. Even Bitcoin (CRYPTO: BTC) , the world's oldest and most developed cryptocurrency, is experiencing extreme price movements like a never-ending roller-coaster ride.

But based on my arguments below, I'll prove that Bitcoin is fundamentally not a risky asset at all. This statement is not as bold as you might think. Keep reading and you might just find yourself wanting to own Bitcoin . 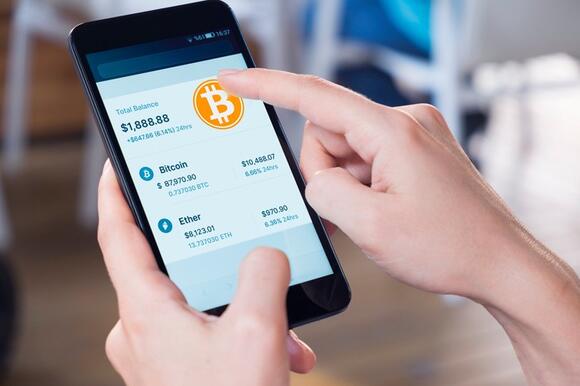 The traditional definition of risk is wrong

Modern Portfolio Theory, an investment framework developed in the 1950s by economist Harry Markowitz, defines risk as volatility . In other words, the more that an individual stock's price fluctuates, the riskier it is. This mindset permeates through the investment industry. I believe this to be a strikingly flawed approach.

Warren Buffett, the chairman and CEO of conglomerate Berkshire Hathaway and arguably the greatest investor ever, views risk differently. He thinks of it as the chance of a permanent loss of capital. Many other prominent investors adopt the same point of view. This perspective results in only making investments where the probability of losing money is low, not how much the stock price moves around.

Roku (NASDAQ: ROKU) , for example, is a very volatile stock. But it's a competitively advantaged business that is riding the broad secular shift toward streaming entertainment. And its stock has returned more than 600% since going public in September 2017. On the other hand, a dying business that's losing revenue each year and that lacks a competitive advantage could be viewed as less risky because its stock price might not fluctuate as much. This sounds absolutely ludicrous, and it shows that the traditional definition of risk may be due for an update.

It's all about purchasing power

Let's take it one step further. In addition to risk being the chance of a permanent loss of capital, it can also be viewed as the loss of purchasing power over time. Holding onto cash for many years would be a careless financial decision because inflation reduces a currency's value and, in turn, results in goods and services becoming more expensive over time. Therefore, owning financial assets that appreciate in value in excess of inflation is the most effective way to decrease inflationary risk.

With this framework, it's easy to see that Bitcoin has historically, in fact, not been risky at all. Early investors in the cryptocurrency would have seen their purchasing power skyrocket throughout the years, as the coin's value surged from about $900 five years ago to more than $35,500 today. Sure, the ups and downs in Bitcoin's price are hard to stomach, but that's to be expected when dealing with an entirely new technology that has the potential to fundamentally change how people interact with and exchange value in the digital world.

Bitcoin has gone in and out of the spotlight since its founding in 2009, and it's still here today with a $672 billion market value. As more time passes and more institutions start to really take it seriously, the chances of Bitcoin going to zero greatly diminish. If you haven't already, I think now might be an opportune time to jump on the bandwagon.

Silk Road founder Ross Ulbricht is forfeiting billions of dollars worth of Bitcoin (BTC) and other crypto assets to the US government. According to a new court filing, Ulbricht will relinquish any claim to over 69,000 BTC and undisclosed amounts of Bitcoin Gold (BTG), Bitcoin SV (BSV) and Bitcoin Cash (BCH) worth a combined $3 billion as part of a settlement.
PUBLIC SAFETY・27 DAYS AGO
The Motley Fool

You could make even more with several of the stocks continuing to soar this year.
STOCKS・2 DAYS AGO

It may not be as lucrative as you think.
PERSONAL FINANCE・2 DAYS AGO
electrek.co

Buying these high-quality real estate investment trusts can make your capital work for you to create growing passive income and wealth.
STOCKS・22 HOURS AGO
The Motley Fool

The stock for these two world-beaters is trading at a major discount to historical valuations.
STOCKS・1 DAY AGO

Following This Dave Ramsey Tip Could Wreck Your Finances

It's advice that may not work for you.
PERSONAL FINANCE・3 DAYS AGO
The Motley Fool