3 Drawbacks of Keeping Your Money in a CD 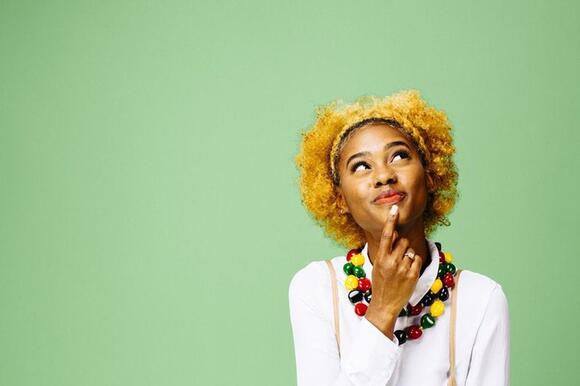 If you have some money you don't expect to use for a while but aren't ready to invest, you may be wondering whether to put it into a savings account or a CD . CDs usually pay higher interest rates than savings accounts , so if you're going to keep your money tucked away in the bank, you might as well earn a little extra on it.

But CDs are far from perfect. Before you open one, consider these drawbacks.

1. You'll be penalized for cashing out early

When you put money into a savings account, you can access your cash at any time and remove as much money as you'd like. With a CD, you're effectively committing to keeping your money in place for the term of your CD, whether it's six months, a year, or longer. If you cash out your CD before that term expires, you'll be penalized for doing so.

The amount of that penalty varies from bank to bank. For a 1-year CD, you might lose two or three months' worth of interest for cashing out a CD before it matures. And to be clear, you generally can't take a withdrawal from a CD. If you have $5,000 in a CD but only need $500, you'll generally have to cash out your CD in its entirety to get that money.

2. You could get stuck with a lower interest rate than what becomes available

So, say you put your money into a 1-year CD paying 1% interest. If, two weeks later, you see a 1-year CD offer for 1.2% interest, you're out of luck. Granted, you could close out your CD and open a new one with a higher interest rate, but then you'll run the risk of being penalized.

3. You may have to meet a minimum deposit requirement

While some savings accounts have a minimum deposit requirement, many allow you to open an account with any amount of money, or a small amount of money. But it's common for CDs to impose higher minimums -- especially those offering the most competitive interest rates.

Say you have $2,000 to put into the bank. You may come across a great CD offer, but with a minimum deposit requirement of $2,500. If that's the case, you'll have to pass on that opportunity.

What's more, because CDs impose that minimum, you might push yourself to part with more money than you're comfortable with. That could create a problem if a need for cash comes up later. For example, say you take $500 out of your emergency fund and put it into a CD to make a minimum deposit requirement. You could end up in a tough spot if an unplanned bill arises and you then need that $500.

Should you open a CD?

There are benefits to opening a CD, and when interest rates are strong, they can make a lot of sense. These days, however, CDs aren't paying very generously (neither are savings accounts, for that matter). In fact, the interest rate you get on a CD right now may only be marginally higher than what a savings account will pay you. And if that's the case, it's usually not worth dealing with the restrictions CD subject you to.

We're firm believers in the Golden Rule, which is why editorial opinions are ours alone and have not been previously reviewed, approved, or endorsed by included advertisers. The Ascent does not cover all offers on the market. Editorial content from The Ascent is separate from The Motley Fool editorial content and is created by a different analyst team.The Motley Fool has a disclosure policy .

Your savings will go further in retirement if you follow these tips.
PERSONAL FINANCE・2 DAYS AGO
The Motley Fool

Be careful -- you don't want to make a huge mistake.
PERSONAL FINANCE・22 HOURS AGO
US News and World Report

Whether you frequent an upscale salon or a local barber shop, you might feel uncertain about how much to tip – and it’s no wonder. Tipping can feel arbitrary, and you might be unsure about your understanding of tipping etiquette. For instance, are there hard and fast rules around tipping, or is it up to your discretion? Is there a going rate? Do barbers and stylists expect a certain percentage? Is cash best? Do you tip salon assistants?
SCOTTSDALE, AZ・29 DAYS AGO

It pays to check these off your list -- and soon.
REAL ESTATE・2 DAYS AGO
GOBankingRates

May is almost here, and millions of households are looking forward to their next SNAP payments. See: Surprising Things You Can Buy With Food StampsFind: SNAP 2022 -- Is My State Giving Out Extra Money...
AGRICULTURE・4 DAYS AGO
The Motley Fool

Rumors regarding a fourth stimulus check are making the rounds.
BUSINESS・18 HOURS AGO
The Motley Fool

3 Types of Optional Auto Insurance That Are Probably Worth Buying

Drivers should consider getting this coverage even though it is not required.
CARS・2 DAYS AGO
The Motley Fool

This REIT nears a quarter century of market-beating returns, and that could be just the start.
REAL ESTATE・2 DAYS AGO
The Motley Fool

Your home may actually come to your rescue.
BUSINESS・1 DAY AGO