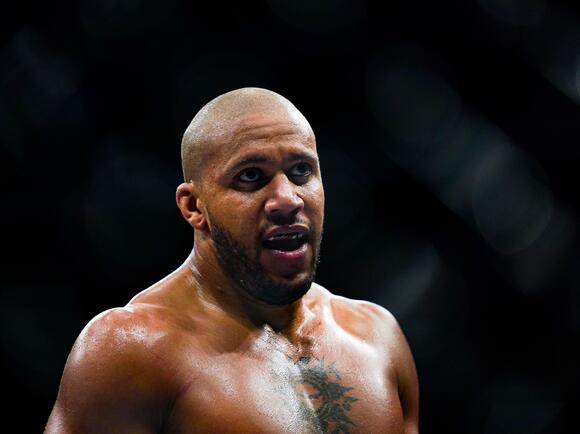 Thousands of mixed martial arts fans and analysts have pored over the footage – slowing it down, pausing, rewinding. Just how telling can it be, a short clip of Ciryl Gane and Francis Ngannou sparring one another?

For many observers, it will be decisive in their predictions for the main event of UFC 270 this weekend, when the two former teammates go head-to-head to unify the heavyweight championship of the world. In one corner will be Ngannou, the most feared puncher in UFC history; in the other will be Gane, the undefeated ambassador of a new breed of MMA heavyweight.

The predominant narrative ahead of Saturday’s headline bout is that it will be Ngannou’s power versus Gane’s speed and technicality. Ngannou’s hellacious punching capability has seen the French-Cameroonian earn 12 of his 16 pro wins via knockout – eight of them in the first round, three of them in the first minute. Frenchman Gane, meanwhile, is 10-0 with seven stoppage victories.

The footage of Ngannou and Gane sparring one another showed the latter largely getting the upper hand, though of course Ngannou was not using the full force that he will bring to Anaheim this weekend. In any case, plenty of time has passed since the duo trained together.

“At that time, the feeling was just, ‘I’m really lucky,’ because I’d just started my career in MMA and I could spar with a guy already in the top five.

“It’s going to be different this week, but [training together] has helped me to have a little more confidence, yes.”

Gane certainly radiates confidence when he competes, also exhibiting a composure beyond his years in the sport; the 31-year-old’s pro debut came in August 2018, exactly three years before he stopped Derrick Lewis in the American’s home state to become interim UFC heavyweight champion .

While Saturday’s clash with Ngannou, 35, undoubtedly marks the biggest fight of Gane’s short MMA career, the Frenchman does not expect his customary composure to desert him.

When asked how he retains that calmness in the Octagon, Gane says: “I don’t have the key exactly, but I think this is maybe because I started my MMA career just three or four years ago, so maybe jumping really quickly to the headline [bouts] has helped me to manage all the stress around this, the pressure.

“I think maybe I was like that when I was young, too. I don’t have the secret, sorry!”

Gane also retained his composure during a backstage run-in with Ngannou at Madison Square Garden in November. Ngannou walked past Gane at UFC 268 without acknowledging his former training partner, leaving “Bon Gamin” (the “Good Kid”) bemused. 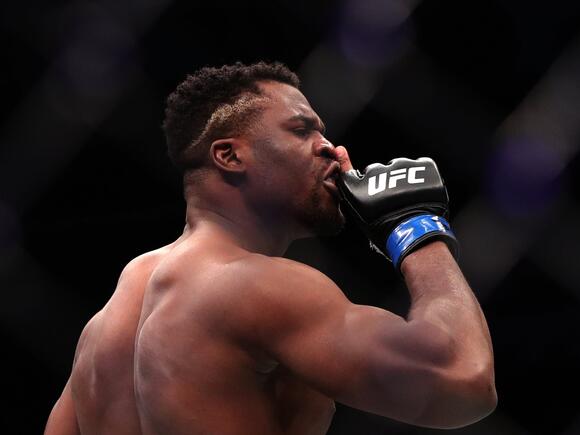 “I think he was confused,” Gane starts, “but you see... with Francis, we were never really friendly.

The undisputed heavyweight title will not be the only thing on the line in Anaheim. Ngannou’s UFC contract is set to expire if he loses, while Gane’s undefeated record could come to an end.

That prospect is not something Gane fears, however.

“It’s true that in competition I don’t have any defeats, but in my gym I’ve done a lot of this. I’ve got really good sparring partners, in wrestling and everywhere, so I know what it is, I know what it is [to lose].”

Ngannou, however, may have greater reason to fear defeat this weekend. While a loss looks set to free the French-Cameroonian from his UFC contract and enable the “Predator” to pursue his dream of boxing Tyson Fury , it could also ironically erase the momentum required to justify such a crossover contest.

Some in the sport have suggested that Ngannou’s call-outs of Fury show he is overlooking Gane, but the interim champion believes his ex-teammate is too dialled in for such distractions. “I think he’s a smart guy,” Gane says. “Yes, he talks about that and the future, but he is really focused on the present and knows he has a challenge with me. I think he takes me seriously.

Gane adds, however: “[Boxing] is a smart move, a new move. Everybody knows you have more money in that game.

Whether or not that remains the case for Gane if he is to ascend to undisputed champion status this weekend may soon become clear.

Until then, pull up the training footage and make your predictions for one of the biggest heavyweight fights in UFC history.

Watch Ciryl Gane aim to win the undisputed UFC heavyweight title against Francis Ngannou at UFC® 270: NGANNOU vs. GANE on Saturday 22 January. Early Prelims start on UFC FIGHT PASS at 11pm and the main card kicks off at 3am on BT Sport 2.

YouTuber-turned-boxer Jake Paul says he would be able to beat Floyd Mayweather and Anderson Silva on the same night.Paul, who has an unbeaten professional record, hasn’t fought since he knocked out Tyron Woodley in December. He has been sizing up his next opponent with Mayweather and Silva among those as potential options. But the star has now said he’d take them on back-to-back.“I would beat Floyd and Anderson in the same night,” Paul tweeted.A fight could happen between Paul and Silva with the latter saying his is ready for the “challenge” of fighting the social media star.“It’s possible,” he told...
COMBAT SPORTS・2 HOURS AGO
The Independent

Joshua Buatsi beat Craig Richards in a rare and truly magnificent battle of local pride at the O2 late on Saturday night.The prize for the two boxers was a world title fight under the creaking power of the WBA, but the real prize over the 12 rounds of excellence was a postcode dispute in south London. It was a fight with a global billing between two men from neighbouring streets.They delivered 12 breathless rounds; it was a fight of high quality, bravery and resistance and intensity. They each pushed the other to the very brink. Buatsi was a big betting...
COMBAT SPORTS・4 HOURS AGO