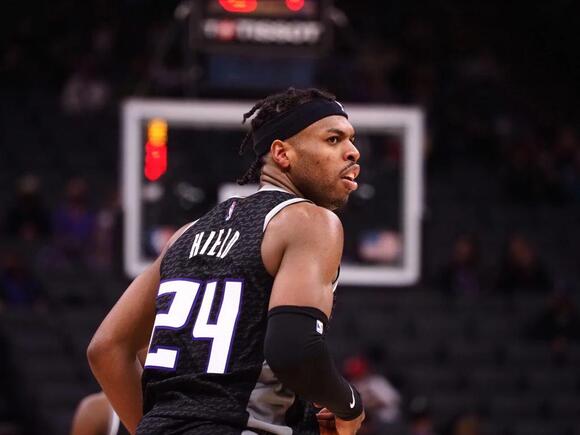 The Sacramento Kings are approaching the NBA trade deadline with big plans and sharpshooter Buddy Hield is one of the likeliest trade candidates who could be moved. While plenty of NBA contenders are focused on other positions, there are some intriguing possibilities for Hield.

Hield, the 2020 NBA Three-Point Champion, is one of the game’s top shooters from beyond the arc. While his efficiency behind the three-point line varies, especially on one of the most disorganized NBA teams, he offers an elite skill that playoff contenders need.

The Kings have almost traded him in the past but the Los Angeles Lakers backed out of a deal this summer. With Hield still unhappy in Sacramento, desperately wanting to play for a contender, it’s no surprise NBA executives told Marc Stein that a deal feels inevitable in February.

With that in mind, let’s examine the best landing spots for a Buddy Hield trade.

The Dallas Mavericks just can’t seem to find the right complementary talent to plug around Luka Doncic. Offseason acquisition Reggie Bullock is shooting just 32% from the perimeter this season after hitting 41% and averaging 2.5 3PM per game in 2020-’21 with Dallas. The Mavs need outside shooting and Hield provides that.

Doncic is signed to the supermax extension, so there is little reason to worry about a 2027 first-round pick. As for Josh Green, the 18th pick in the 2020 NBA Draft has only played 70 combined games approaching the midway point of his second season. A nonfactor in the Mavericks’ rotation, Dallas should be happy to get something for him.

As for Sacramento, the long-term incentive here is obvious. Green gives them a young guard to throw some minutes at behind De’Aaron Fox, Tyrese Haliburton and Davion Mitchell. Powell could come off the bench behind Richaun Holmes and the Mavericks’ 2027 first-round pick is a trade asset for a franchise with very few. 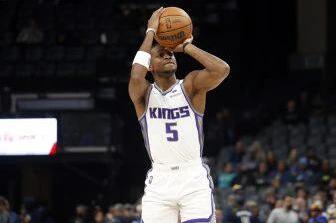 There’s no doubt the Boston Celtics would love to swing a De’Aaron Fox trade, but it seems the Kings don’t plan to move him. So, a general manager who the franchise had conversations with at the trade deadline a year ago pitches a different idea. In this scenario, Hield addresses the Celtics’ shooting woes.

Entering late January, Boston ranks 24th in three-point shooting (33.8%) but is taking the 13th-most attempts from the primer per game (35.9). Firing from the corner is one of this team’s weaknesses and something Hield can fix. As February approaches, Hield is sinking 40% of his treys from either corner .

In this deal, Boston uses the Al Horford contract to take Hield’s deal. In exchange for Sacramento taking on the bloated contract, with only $14.5 million of his $26.5 million salary is guaranteed, the Kings pick up Aaron Nesmith to pair with the Celtics’ 2022 first-round pick. Horford can either play alongside Holmes or be moved this offseason. 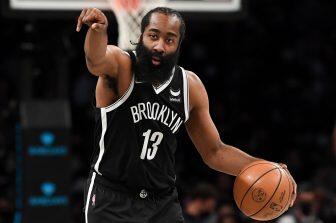 The Memphis Grizzlies are one of the best stories thus far during the 2021-’22 NBA season. Expectations weren’t especially high for this young team, especially after the Ja Morant injury. But he returned sooner than expected and immediately played at an All-Star level. Meanwhile, players like Jaren Jackson Jr and Desmond Bane are taking steps forward.

There are plenty of ways the Grizzlies can attack, but perimeter shooting isn’t a strength. Memphis averages just 33.3 three-point attempts per game this season and it ranks 22nd in shooting percentage (33.9%) from beyond the arc 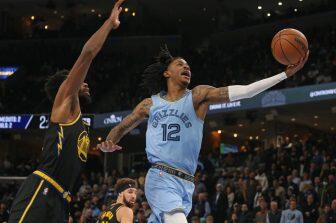 Hield would benefit from playing alongside Morant, who is a superior guard to Fox. The Grizzlies’ coaching staff would likely also have some success getting Hield to buy in more defensively/ But the focus here is the shooting as Hield makes Memphis more challenging for opponents, especially in a Western Conference with the Utah Jazz, Phoenix Suns and Dallas Mavericks among the worst perimeter defenses in the league.

Losing Melton hurts, but the emergence of Bane and the steady play of Tyus Jones makes the 23-year-old guard more expendable. For Sacramento, Melton’s defense (105 Defensive Rating), energy and youth are all reasons why he is the perfect trade target. As for Williams, there’s two-way upside at a weakness on the Kings’ roster.

The Los Angeles Lakers entered the 2021-’22 season with expectations and ended it without even earning a spot in the
LOS ANGELES, CA・11 HOURS AGO
Sportsnaut

Bookmark. Save. Favorite. Do your thing. This is the one-stop-shop for everything NBA schedule-related heading into the 2021-22 season: Related:
BOSTON, MA・14 HOURS AGO
Sportsnaut

Brooklyn Nets working to distance themselves from Kyrie Irving

Could the Brooklyn Nets be ready to move on from star point guard Kyrie Irving after three years with the
BROOKLYN, NY・2 DAYS AGO

Months before the offseason arrived, everyone assumed Zach LaVine would re-sign with the Chicago Bulls. On the verge of becoming
CHICAGO, IL・9 HOURS AGO
Sportsnaut

ESPN anchor Sage Steele is out of the hospital and back home after a poorly hit tee shot by Jon
TULSA, OK・1 DAY AGO
Sportsnaut

Down 2-0 in the Western Conference finals, the Dallas Mavericks have an aggressive game plan for Game 3 at home
SAN FRANCISCO, CA・1 HOUR AGO
Yardbarker

When the NBA injury report came out on Saturday afternoon, Golden State Warriors shooting guard Andrew Wiggins was listed as questionable with left ankle soreness ahead of Game 3 of the Western Conference Finals. Wiggins' injury designation created doubt about his status for Sunday's crucial matchup against the Mavericks, but...
SAN FRANCISCO, CA・16 MINUTES AGO

The New York Knicks were in talks with the Indiana Pacers about a potential Malcolm Brogdon trade ahead of the
INDIANAPOLIS, IN・2 DAYS AGO
Sportsnaut

It seems the Portland Trailblazer may target not one, but two of the Charlotte Hornets’ unrestricted free agents this offseason.
PORTLAND, OR・1 DAY AGO
Sportsnaut

Kelsey Plum racked up 24 points and Jackie Young tallied 20 points as the Las Vegas Aces were buoyed by
LAS VEGAS, NV・3 HOURS AGO

Breanna Stewart scored 28 points as the host Seattle Storm held off the Los Angeles Sparks for a 83-80 win
SEATTLE, WA・20 HOURS AGO
Sportsnaut

The Utah Jazz are primed to make a change this offseason with their current core seemingly hitting their plateau the
SALT LAKE CITY, UT・22 HOURS AGO
Sportsnaut

Even when it appeared the Dallas Mavericks had control of Game 2, the Golden State Warriors showed they were battle-tested,
SAN FRANCISCO, CA・21 HOURS AGO
Sportsnaut

The Golden State Warriors have managed to come out ahead in the Andrew Wiggins trade, turning his reputation around since
SAN FRANCISCO, CA・1 DAY AGO
Sportsnaut

The Boston Celtics found themselves down 18-8 early in the first quarter of their Game 2 Eastern Conference Finals outing
BOSTON, MA・1 DAY AGO
Sportsnaut

The Connecticut Sun and the Indiana Fever will square off for the second time in three days when they meet
INDIANAPOLIS, IN・7 HOURS AGO
Sportsnaut

2022 PGA Championship: 3 keys for Tiger Woods to advance up the leaderboard

Two rounds are in the books at Southern Hills Country Club for the 2022 PGA Championship. The biggest name in
GOLF・20 HOURS AGO
Sportsnaut