Capping a generally lousy week for cryptocurrencies, the U.S. dollar values of many altcoins took big hits on Friday.

Few were spared, with both high-market cap tokens and the lower profile cryptos falling at double-digit rates. Among these were Fantom (CRYPTO: FTM) , with a relatively steep drop of almost 19% on the day, and Litecoin (CRYPTO: LTC) , Bitcoin Cash (CRYPTO: BCH) , and Uniswap (CRYPTO: UNI) , all sinking at around the 13% mark. 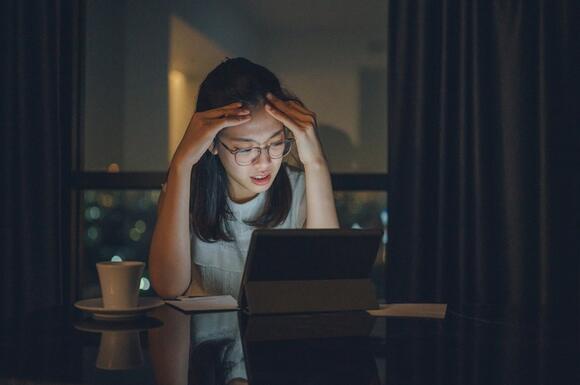 As veteran cryptocurrency investors know by now, where Bitcoin goes, altcoins tend to follow. The bellwether digital coin was on a downward spin to the tune of 13% on Friday, setting the gloomy tone for the rest of the market.

We can't lay the blame on Bitcoin itself, though. Mr. Market's concerns these days are about the macroeconomic climate. The U.S. Fed is grimly determined to raise rates sooner rather than later to tame the inflation that's crept into the system and won't go away.

For myriad reasons, the prospect of higher rates tends to push investors into more conservative investments like bonds or stocks that pay generous dividends. Love cryptocurrencies or loathe them, it's nearly indisputable that most remain very speculative investments. With the flight to more traditional assets that we're witnessing, most coins are being left behind just now.

But this presents a relatively cheap way in for the more adventurous and opportunistic investors in the crowd. Many of the altcoins currently being punished have enough value and utility to be worthy of consideration at discount prices.

Fantom looks particularly promising as it's the native coin of a very speedy blockchain; if it achieves more significant scale, Fantom could rival the titan of smart contract blockchains, Ethereum . Litecoin , an early and durable Bitcoin fork, sits on a notably faster blockchain than its progenitor and has a supply limit four times that of Bitcoin.

10 stocks we like better than Fantom
When our award-winning analyst team has a stock tip, it can pay to listen. After all, the newsletter they have run for over a decade, Motley Fool Stock Advisor , has tripled the market.*

They just revealed what they believe are the ten best stocks for investors to buy right now... and Fantom wasn't one of them! That's right -- they think these 10 stocks are even better buys.

MercadoLibre is a success story that shows inflation is not necessarily an obstacle to rising profits.
STOCKS・4 HOURS AGO

You don't need to beat the market by much to triple the value of your portfolio in a decade. These two stocks should hit that target early and keep going for decades beyond that.
STOCKS・1 DAY AGO
The Motley Fool

These stocks trade for less than 10 times forward earnings estimates.
STOCKS・1 DAY AGO

If you have $77,280 that you can afford to invest, these stocks can turn that into $400 in recurring monthly income.
STOCKS・4 HOURS AGO
The Motley Fool

Among the Dow Jones Industrial Average's 30 components are three that analysts believe could more than double over the next year.
STOCKS・1 DAY AGO
The Motley Fool

Are economic conditions about to take a serious turn for the worse?
BUSINESS・1 DAY AGO
The Motley Fool

Income investors can find a safe haven in these dividend stock stalwarts.
STOCKS・2 DAYS AGO
The Motley Fool

Knowing This Number Can Save Your Portfolio From Disaster

This metric can be a great help for those who are seeking stable, long-term investments.
STOCKS・1 HOUR AGO
The Motley Fool

These stocks could be good places to park your money.
STOCKS・2 DAYS AGO
The Motley Fool

Despite the bearishness, these stocks are still great investments.
STOCKS・2 DAYS AGO