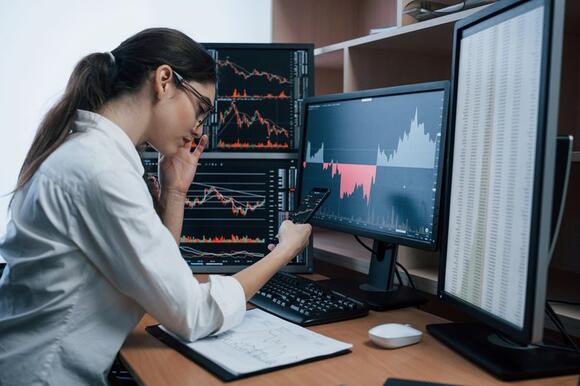 The fast-growing Disney+ streaming service is one of Netflix's biggest competitors, so it's possible that Disney is wrestling away some market share from its rival. However, Disney's net subscriber additions have also fallen short of analysts' estimates in recent quarters, so investors are understandably concerned that these trends point to an industrywide growth slowdown.

That would be problematic for Disney. The entertainment titan has come to rely on Disney+ to fuel its revenue growth, particularly with the pandemic still weighing on its parks and resorts business.

Investors can expect to hear more about the current state of the streaming market when Disney reports its fiscal first-quarter 2022 financial results on Feb. 9. The company's leadership team is slated to hold a webcast on its investor relations website starting at 4:30 p.m. ET that day.

10 stocks we like better than Walt Disney
When our award-winning analyst team has a stock tip, it can pay to listen. After all, the newsletter they have run for over a decade, Motley Fool Stock Advisor , has tripled the market.*

They just revealed what they believe are the ten best stocks for investors to buy right now... and Walt Disney wasn't one of them! That's right -- they think these 10 stocks are even better buys.

Netflix has canceled another one of its major shows, with this one getting the ax after only two seasons. Variety reports that hit sci-fi drama Raising Dion has been dropped by the streamer, following its recent season debut. The news seems to have been revealed by series star Sammi Haney, who shared the news with fans on Instagram. "Sad to say that Raising Dion is CANCELED [sic] Thank you for all of the amazing support we got from all of our wonderful fans!" Haney wrote, in part. "Season 2 was a success, equal to Season 1, even if just looking at how many people watched all of it and wanted a season 3!"
TV SERIES・29 DAYS AGO
TheStreet

Once again, Disney (DIS) - Get Walt Disney Company Report is finding itself embroiled in a political quagmire owing to its support of the LGBTQ community, after Florida Gov. Ron DeSantis punished Disney for denouncing his “Don’t Say Gay Bill,” by seeking to revoke Disney World’s designation as a special tax district (which as we pointed out, is ultimately a meaningless gesture).
FLORIDA STATE・29 DAYS AGO
The Hollywood Reporter

Deere stock has come down in price, and there are some headwinds worth monitoring.
STOCKS・12 HOURS AGO

These four tech companies could be providing long-term investors with great price opportunities.
STOCKS・12 HOURS AGO
The Motley Fool

The company recently joined the Fortune 500 list.
STOCKS・8 HOURS AGO
The Motley Fool

Why TerraUSD and Terra Are Surging Today

Members of the Terra community have approved the stablecoin's rescue plan.
MARKETS・8 HOURS AGO
The Motley Fool

Snap's revised lowered guidance and warning took every digital advertising company down with it.
STOCKS・8 HOURS AGO
The Motley Fool

These mind-bogglingly cheap stocks are valued at 3 to 5 times Wall Street's forecast earnings.
STOCKS・1 DAY AGO