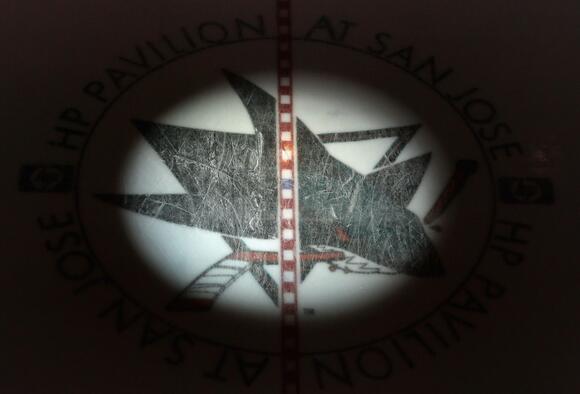 Krystof Hrabik, a minor league player for the San Jose Barracuda (top farm club of the NHL’s San Jose Sharks), was suspended 30 games Friday for directing a racist gesture at an opposing player earlier this month. The incident occurred January 12th when Hrabik taunted Boko Imama, a left wing for the AHL’s Tucson Roadrunners (affiliate of the Arizona Coyotes) by imitating a monkey. Imama, a native of Montreal, is the son of Congolese immigrants. Though the altercation itself wasn’t captured on AHL TV’s live feed, players on the Tucson bench were clearly seen shouting at Hrabik, who was later confronted by forward Travis Barron.

Hrabik, who sat out three games while the league conducted its investigation, can apply for early reinstatement beginning March 12th. The Barracuda issued an apology on Twitter to both Imama and the Roadrunners organization, saying they were “appalled” by Hrabik’s behavior, which went against everything they stand for.

“While we support the ability for individuals to atone and learn from disrespectful incidents in this context, these actions are in direct opposition to the Barracuda and Sharks organizations’ values,” the statement read. “In connection with the NHL’s league-wide effort to foster an inclusive culture in hockey, the San Jose Sharks and San Jose Barracuda have partnered with the RESPECT Group to launch a series of trainings and workshops for personnel and players.”

Black players have long been underrepresented in hockey, though stars like Quinton Byfield, the highest-drafted black player in NHL history (second overall in 2020), are doing their best to change that narrative. Earlier this week, the Bruins recognized pioneer Willie O’Ree, the NHL’s first black player in 1958, by retiring his No. 22 on Martin Luther King Day.

Over 21 appearances for San Jose, the Czech-born Hravik has contributed one goal, 20 shots, three assists and 18 penalty minutes this season.