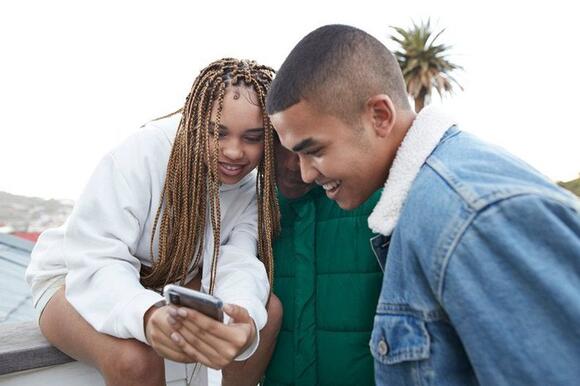 Bitcoin (BTC) fell below $38,000 today, taking it to the lowest point it's been since July. The leading cryptocurrency , which fell around 11% in 24 hours, is now over 40% down from its November high, according to data from CoinMarketCap.

Many other top cryptocurrencies are also in the red. Ethereum's (ETH) price is down about 14% in 24 hours, and the total crypto market cap, which was hovering around the $2 trillion mark, is now at $1.78 trillion.

Why is Bitcoin crashing?

The main reason for Bitcoin's recent crash is broad market uncertainty spurred by the Federal Reserve’s economic tightening measures and the possibility of stricter regulation. Cryptocurrency is not the only asset class that's falling; the S&P 500 is on track for its worst weekly performance since October 2020, and tech stocks have taken a big hit.

We’re now seeing the prospect of the Federal Reserve ending several pandemic-era measures designed to stimulate the economy. This is happening sooner than expected because of soaring inflation, which is higher than it's been in 40 years.

During the pandemic, the Fed tried to support the U.S. economy in a number of ways, including reducing interest rates and buying bonds. Bond buying increases the amount of money available to the financial system. It is now pulling back on these measures. The Fed may hike rates as early as March. As a result, investors are pulling out of riskier and speculative asset classes, such as crypto.

The other big reason for Bitcoin's slump is regulatory moves being made around the world. The Central Bank of Russia proposed a ban on cryptocurrency mining and trading. Given that Russia accounts for over 10% of Bitcoin mining and an estimated $5 billion in cryptocurrency trading, the prospect of a ban has only added to market jitters. In addition, we can expect new crypto regulatory frameworks for the U.S., Europe, and various other countries as the year progresses.

These types of market crashes can be nerve wracking. If you're tempted to sell at a loss, remind yourself of why you originally bought Bitcoin and keep your focus on the longer term. Panic selling is rarely a good move, as if you sell now you guarantee your loss.

On the other side, there's often a rallying cry on social media to "buy the dip." If you're considering this, here are two questions to ask yourself first.

1. Do you believe in Bitcoin's long-term prospects?

Last year, it was easy for crypto investors to believe prices only went in one direction: up. Even with the volatility, prices trended upwards, and some cryptocurrencies produced incredible returns over the course of the year. (Bitcoin itself gained 60%.) But now we're in a different economic climate, and we may see a prolonged period of stagnation. Bitcoin could lose even more of its value.

If you're considering buying now, you need to think carefully about where you think Bitcoin and cryptocurrency will go in the coming five to 10 years. On the one hand, adoption is at unprecedented levels . Bitcoin is already legal tender in El Salvador, and other countries may follow suit. Institutional investors are recognizing crypto in a way they never have before, and many see Bitcoin as a type of digital gold. More and more merchants accept Bitcoin as a form of payment.

On the other hand, it is still a relatively new and untested asset. Increased regulation could severely hamper its growth, and it is extremely volatile. Plus, Bitcoin mining is an environmental nightmare . We don't know what impact the introduction of govcoins or central bank digital currencies will be, and there are many who think Bitcoin's value could fall to zero.

Given that Bitcoin is volatile and highly speculative, it's important to only spend money you can afford to lose. Some people get excited about the idea of buying Bitcoin while it's "on sale" and spend money they need in the near term. But there are no guarantees Bitcoin will go back up in the near future, so tread carefully.

It's also a good idea to ensure your emergency fund is topped up and you're good on retirement savings before you buy a risky asset like Bitcoin. You don't want to be hurting for money in your old age because you lost cash on a crypto crash. The cryptocurrency market could perform well and blockchain technology could transform the world. But if it doesn't, you need to be sure it won't interfere with your long-term financial goals.

Bitcoin is off to a horrible start to the year, and it could fall further. If you're a Bitcoin believer and have cash you want to invest, buying now may make sense -- as long as you're prepared to wait out any further drops. But if you have other financial commitments and don't want to take on a risky investment, it might be sensible to sit this one out.

Valuations are falling to their lowest levels in years, creating an excellent opportunity to buy the dip.
STOCKS・2 DAYS AGO
The Motley Fool

They're all available for bargain prices right now.
STOCKS・23 HOURS AGO

The market has shunned growth stocks, creating an opportunity to buy them at huge discounts.
STOCKS・21 HOURS AGO
The US Sun

MILLIONS of Americans are set to receive Social Security checks worth up to $1,657 tomorrow. The cash boost will come just 48 hours before Supplemental Security Income payments, worth up to $841, are set to land in around eight million bank accounts on April 29. Seniors with birthdays on the...
BUSINESS・21 DAYS AGO
Business Insider

The FBI also seized financial records and fine art in the October 2021 raids on properties linked to billionaire Oleg Deripaska, per Bloomberg.
WASHINGTON, DC・21 DAYS AGO
The Motley Fool

2022 has been brutal, but the market is far from lost.
STOCKS・2 DAYS AGO

Following continued weakness in the broader crypto market, investors have soured on this volatile stock.
STOCKS・2 DAYS AGO
The Motley Fool

Here's one stock that continues to perform even as many stocks in the broader market sell off.
STOCKS・1 DAY AGO
Business Insider

Buying these stocks on the dip could result in big returns for investors.
STOCKS・23 HOURS AGO
electrek.co

As part of a lawsuit between shareholders and Elon Musk regarding his “funding secured” tweet, new text messages and emails between Musk and people involved have been released. The communications pretty much confirmed how most people saw the situation: Elon Musk took a meeting with the head of...
BUSINESS・21 DAYS AGO
The Motley Fool

Dividend stocks are a safe haven for investors in a period of market turmoil.
STOCKS・2 DAYS AGO
Markets Insider

Indonesia accounts for about half of the world's supply of palm oil — the world's most widely used vegetable oil.
INDUSTRY・22 DAYS AGO
The Motley Fool

Should You Give Up on Buying a Home This Year?

It may be time to put your plans on hold.
REAL ESTATE・1 DAY AGO
The Motley Fool

Steering clear of this mistake could spare you serious losses.
STOCKS・3 DAYS AGO