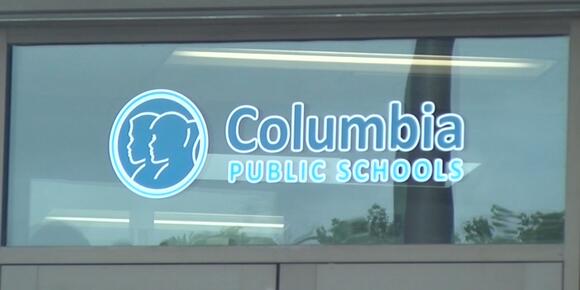 The Missouri Attorney General's Office has filed another lawsuit against Columbia Public Schools and, for the first time, against the Jefferson City School District over the districts' renewed, temporary mask mandates.

CPS later shot back, saying it will "aggressively" fight the action.

According to court documents, AG Eric Schmitt argues school districts don't have the power to impose public health orders for their students.

The Columbia Board of Education approved a temporary mask mandate through Feb. 4 at its meeting on Thursday morning. Superintendent Brian Yearwood can extend the order through Feb. 18 if necessary. JC Schools renewed its mask mandate temporarily last week, requiring them where social distancing isn't possible. The district had a mandate in place to start the fall semester but dropped it as the delta wave subsided.

The Missouri Attorney General's Office filed lawsuits on Friday against 36 districts around the state, including Waynesville in Pulaski County.

Columbia Public Schools called the suit a waste of tax money in a statement Friday afternoon.

"Providing a safe learning environment for all our scholars and staff and keeping our schools safely open are our top priorities," the district said. "Public school districts have the inherent ability under Missouri state law to implement mitigation strategies to keep schools safe and open during a global pandemic. Columbia Public Schools is also listening to the state of Missouri and the guidance provided by the Missouri Department of Elementary and Secondary Education and the Missouri Department of Health and Senior Services in combination with other local, state and federal health and medical experts.

"Filing suits against numerous public school districts for making decisions in the interest of safety and keeping scholars in school continues to waste taxpayer dollars and resources, which are better spent investing in our scholars. Columbia Public Schools intends to aggressively defend its decision to do everything possible to keep its scholars and staff safe and its schools open."

Yearwood renewed CPS's mask mandate when students returned to class last week, citing a sharp rise in cases among students and staff from the highly contagious omicron coronavirus variant. The district said the virus is sickening students and stretching staff thin, and the mandate was needed to keep the doors open.

Between all 36 lawsuits, there are 76 parents signed on as plaintiffs. Amanda Hamlin is one of the parents named in the Columbia Public Schools lawsuit. In an interview with ABC 17, Hamlin said she signed onto the lawsuit because she doesn't feel like the school district is listening to her family's concerns.

However, students in CPS are out of class Friday, Monday and Tuesday and JC Schools were out Friday because of the strain caused by the virus. CPS had 217 students positive for coronavirus Friday morning and 69 staff members . The substitute fill rate for this week is about 56%. Teachers have had to cover colleagues' classes because of the rampant illness, district leaders say.

Schmitt's suit against CPS names three parents as plaintiffs, claiming they want to protect their children from the mask mandate. No parents are named as plaintiffs in the JC Schools case.

Schmitt also sued CPS for its mask mandate last year, and the Columbia Board of Education ended that mandate in December, before the omicron surge that pushed new cases and hospitalizations to record levels statewide. That lawsuit was subsequently dropped.

Schmitt makes several arguments against mask mandates in the CPS lawsuit, including that COVID-19 does not pose a serious threat to children and that natural immunity from infection is better protection against coronavirus than vaccination. The lawsuits also claim that masks haven't been shown to stop coronavirus transmission and that they can be harmful to children.

Missouri House Minotory Leader Crystal Quade, D-Springfield, said in a statement that Schmitt's previous round of lawsuits bullied schools into dropping their prior mask mandates, which they had to reinstate when omicron caused new causes to rise to new records.

"Quite predictably, coronavirus infections quickly spread like wildfire among teachers and students, prompting districts to reinstate masks and forcing many schools to close," Quade said. "These lawsuits are beyond frivolous and read more like campaign literature while citing scant legal authority for his position, which is not surprising since there isn’t any.

“Eric Schmitt’s stunning abuse of power is making countless Missouri kids sick and preventing schools from keeping their doors open. He is corrupting his high office for political gain and is unworthy of the authority Missourians have entrusted him.”

Schmitt is running in the Republican primary for Senate to replace U.S. Sen. Roy Blunt.

Some of the largest employers in Central Missouri are hospitals. But even with that large presence, retaining healthcare workers is increasingly difficult for hospitals, according to a new report. The post Central Missouri hospitals struggle to fill nursing positions appeared first on ABC17NEWS.
JEFFERSON CITY, MO・6 HOURS AGO
KMIZ ABC 17 News

A measure of how often drivers of different races pulled over compared to their population levels shows disproportionate traffic stops for Black drivers dropped during the pandemic. The post Missouri traffic stop disparity falls for Black drivers during pandemic but remains high appeared first on ABC17NEWS.
COLUMBIA, MO・2 HOURS AGO
KMIZ ABC 17 News

The two Democrats in Missouri's congressional delegation called for more action to address gun violence after a shooter killed 19 elementary students at a Texas school, while a Republican who represents Columbia and other parts of Mid-Missouri offered prayers. The post Missouri congressional Democrats, Sen. Hawley call for action after Texas massacre; Hartzler offers prayers appeared first on ABC17NEWS.
MISSOURI STATE・2 DAYS AGO

Members of Missouri's first public library union are asking their employer for raises and increased benefits, but where would that money come from? The post Union’s effect on tax-funded library’s budget not yet clear appeared first on ABC17NEWS.
COLUMBIA, MO・3 DAYS AGO
KMIZ ABC 17 News

JEFFERSON CITY, Mo. (KMIZ) A lockdown was lifted Wednesday morning for most of the Jefferson City Correctional Center following a fight among inmates. The incident involved about 25 inmates who were using the yard on Tuesday, according to the Missouri Department of Corrections. A spokeswoman said two JCCC staff members were hurt during the incident The post Lockdown lifted at Jefferson City Correctional Center after fight involving 25 inmates appeared first on ABC17NEWS.
JEFFERSON CITY, MO・2 DAYS AGO
KMIZ ABC 17 News

COLUMBIA, Mo. (KMIZ) A US Air Force member stationed at Wright Patterson Air Force Base in Ohio is facing a rape charge from 2018 in Columbia. A Boone County prosecutor has charged Nathan Repka with a second-degree rape charge. In August 2018, Repka visited the victim and went to a party where he became “blackout The post US Air Force member charged in 2018 rape in Columbia appeared first on ABC17NEWS.
COLUMBIA, MO・2 DAYS AGO

COLUMBIA, Mo. (KMIZ) Daniel Boone Regional Library (DBRL) workers approved a proposal to unionize. Unofficial results from the Missouri State Board of Mediation show of the 165 eligible voters, 101 workers voted for and 55 others voted against the proposal to unionize under the name 'DBRLWorkersUnited.' The vote to unionize was held from Wednesday through The post Daniel Boone Regional Library workers vote to form first public library union in Missouri appeared first on ABC17NEWS.
COLUMBIA, MO・4 DAYS AGO
KMIZ ABC 17 News

The Missouri Department of Health and Senior Services unveiled it's new drug overdose database. Overdoses are now the leading cause of death among adults aged 18-44 according to DHSS. The post Fentanyl and opioid overdoses surpass heroin overdoses in Missouri appeared first on ABC17NEWS.
COLUMBIA, MO・2 DAYS AGO
KMIZ ABC 17 News