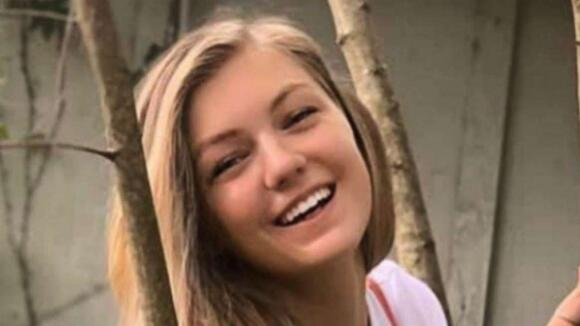 The FBI on Friday released new details in the investigation of Gabby Petito's death, saying that that Brian Laundrie wrote in a notebook that he killed her.

The FBI's Denver office had sent out a timeline of the investigation, saying that before discovering Laundrie's remains in a Florida wetland in October, agents had discovered a backpack, a gun and a notebook that all belonged to him.

"A review of the notebook revealed written statements by Mr. Laundrie claiming responsibility for Ms. Petito's death," the FBI said in a statement.

The agency said Petito's family met with agents as the case into the 22-year-old's disappearance and death soon will be closed.

"All logical investigative steps have been concluded in this case," Michael Schneider, FBI Denver Division special agent in charge, said in a statement. "The investigation did not identify any other individuals other than Brian Laundrie directly involved in the tragic death of Gabby Petito."

"We can only hope that with today's closure of the case each family can begin to heal and move forward and find peace in and with the memories of their children," he said in a statement.

Petito went on a road trip with Laundrie, her boyfriend, through Colorado and Utah from July to August.

Utah Police said officers responded to a 911 call in August where the caller claimed he saw Laundrie slap Petito, and police stopped the couple for questioning on the side of the road. They were allowed to continue their trip because of "insufficient evidence" of any wrongdoing, police said.

Two weeks later, he was named a person of interest in Petito's disappearance, but Laundrie was reported missing Sept. 17.

On Sept. 19, search crews discovered a body in Bridger-Teton National Park in Wyoming later revealed to be Petito's. An autopsy determined she died from strangulation .

Search crews combed the Florida wetlands where Laundrie was last seen, and on Oct. 20 found his remains in Carlton Reserve, near North Port.