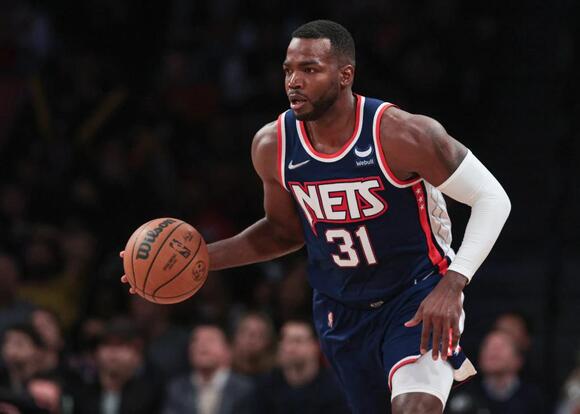 According to The Athletic’s Shams Charania , the Brooklyn Nets have agreed to find big man Paul Millsap a new team where he can have a “greater contribution.” Millsap has fallen out of favor in head coach Steve Nash’s rotation, where he has held down a minimal rotation role.

Although he’s in the midst of the least productive season of his NBA career, Millsap still brings an effective skill set to the table. He defends well, can play in the post and occasionally stretch the floor. In all likelihood, Millsap will want to play for a contending team given him being 36.

Meanwhile, the Nets likely won’t get anything more than an expiring contract and/or a second-round draft selection for the veteran, which keeps the door open for a buyout. With that in mind, here are three ideal destinations for Paul Millsap.

The Heat have been getting surprisingly plausible production from their bench. At the same time, there are two factors working against head coach Erik Spoelstra’s team: injuries and age. Bam Adebayo recently nursed a thumb injury. Markieff Morris has missed the last month due to a spine issue. Victor Oladipo is yet to play this season. Miami could use more depth.

Millsap offers a healthy body who gives the Heat a much-needed productive big man that can play 15-plus minutes per game and start if injuries force their hand. Millsap can score in the halfcourt, which is where the Heat have traditionally found success over the last three seasons.

Millsap, a capable shooter, would be joining and further enhancing one of the better shooting teams in the NBA. Sure, he, in thought, continues the age and fear of injury for this roster. On the other hand, he’s a cheap way for the Heat to add another proven player to a team with championship aspirations. The more, the merrier.

A perennial contender and only a year removed from appearing in the NBA Finals, the Heat would likely pique Millsap’s interest. 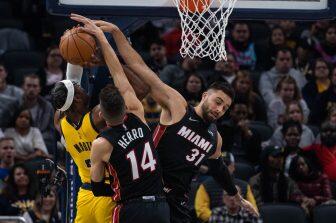 2) Paul Millsap fills a void for the Chicago Bulls

The Bulls’ weakness is their bench play; it’s respectable but needs bolstering. Millsap poses a no-risk, high-reward option for their operation.

With Patrick Williams out for the regular season and Lonzo Ball sidelined for at least the next month, the Bulls need an extra body or two. Millsap presumably becomes head coach Billy Donovan’s backup power forward. The big man would likely play a reasonable amount of minutes given the team’s mostly wing-heavy bench rotation. In this role, Millsap can serve as either the four or five, getting points on varying parts of the floor and being a linchpin for the second unit.

Chicago figures to make a move before the NBA trade deadline given its injuries. Millsap is easily attainable, would provide a much-needed veteran presence for their roster and shouldn’t preclude them from making another move. As a whole, this team has yet to compete in a single playoff game.

There’s also a scenario where Millsap could be on the floor adjacent to Nikola Vucevic. The two players would complement one another well, as they can each score around the basket and from the perimeter. 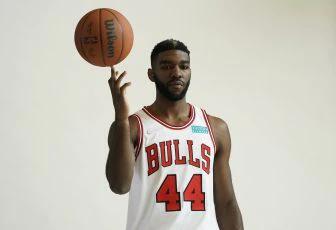 1) Paul Millsap to the Philadelphia 76ers

The 76ers are getting in a groove and playing at a high level of late. While a team with plenty of proven scorers and players, they could use another big man. Millsap is a sensible pickup for Philadelphia.

Coming off the bench, Millsap would be head coach Doc Rivers’ backup power forward. Millsap could stretch the floor for Shake Milton, Furkan Korkmaz and Georges Niang to get points out on the perimeter while helping Andre Drummond get easy buckets in the paint. All the while, Millsap can score gritty buckets near the basket. 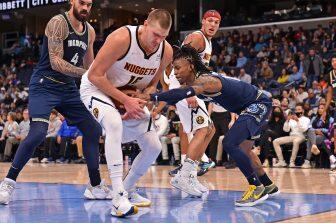 In a pinch, Millsap could start for the 76ers; this is his first season coming off the bench on a consistent basis in 12 years. Millsap’s versatile offensive game makes it easy to plug him into a great deal of roles.

The 76ers improve their frontcourt depth by getting Millsap, which makes them better with the team they have in the present and/or one that includes Ben Simmons down the road. They get a battle-tested player who gives them more scoring and he comes with a veteran pedigree.

Minnesota Timberwolves guard Patrick Beverley knows how to talk his trash on and off the court. Chris Paul of the
PHOENIX, AZ・2 DAYS AGO
Sportsnaut

Count Patrick Beverley as one who’s ignored the rapid decline of James Harden over the past few seasons. Sure, it’s
PHILADELPHIA, PA・1 DAY AGO

There’s absolutely no way the Los Angeles Lakers will look into a LeBron James trade this summer, right? Absolutely no
LOS ANGELES, CA・2 DAYS AGO
Sportsnaut

Game 1 hero Jimmy Butler isn’t much for rating his performance or basking in the achievement, even when topping the
MIAMI, FL・19 HOURS AGO
Sportsnaut

With the 2022 NBA Draft order set, the Houston Rockets have the third selection, and it seems the team’s general
HOUSTON, TX・1 DAY AGO
Sportsnaut

The Golden State Warriors and Dallas Mavericks will do battle in the NBA Western Conference Finals. The winner of this
MEMPHIS, TN・20 HOURS AGO

Despite the absolute brilliance of Giannis Antetokounmpo, he wasn’t enough to lead the Milwaukee Bucks to back-to-back NBA championships. With
MILWAUKEE, WI・2 DAYS AGO
Sportsnaut

The Miami Heat will begin pursuit of further Eastern Conference finals success when they host the Boston Celtics on Tuesday
BOSTON, MA・2 DAYS AGO
Sportsnaut

Auburn’s Jabari Smith is quite possibly the best prospect in the 2022 NBA Draft. The 6-foot-10 forward is a highly
NBA・19 HOURS AGO

Heading into the annual NBA Draft Lottery set to take place prior to the start of Tuesday night’s Eastern Conference
DETROIT, MI・1 DAY AGO
Sportsnaut

Don't want to miss a single game during the NBA Playoff's? Check out these streaming services for all the action.
NBA・19 HOURS AGO
Sportsnaut

The Phoenix Suns finished with the best record in the NBA only to suffer a humiliating Game 7 loss in
PHOENIX, AZ・2 DAYS AGO
Sportsnaut

The 2022 Orlando Magic draft will include them selecting No. 1 overall late next month in Brooklyn. Orlando earned the
ORLANDO, FL・21 HOURS AGO
Sportsnaut

It was a one-sided affair in the first game of the Western Conference Finals matchup between the Golden State Warriors
DALLAS, TX・11 HOURS AGO