How to get a lost phone back to its owner 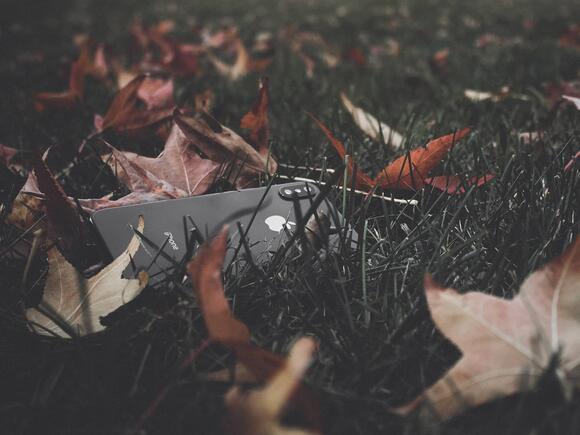 Somewhere someone is panicking. Why don't you make their day?. Saketh Garuda / Unsplash

This story has been updated. It was originally published on January 26, 2018.

If you’ve ever misplaced your smartphone, you know how hard it can be to retrieve a lost device . So when you find a deserted device, you should return it as soon as possible.

However, most people lock their phone screens for security , so you can’t simply fire up the Contacts app and start calling the owner’s friends and family. Unless they printed their name and address in big letters on the back of the device, you’ll have to rely on other methods to restore the lost phone. Here are some tips we came up with, including a few from this Reddit thread .

Don your detective hat and look around the area where you found the phone. Is a wallet or a coat, which could carry some contact details, nearby? Also look at the case, if there is one, because it might contain a business card, a credit card, an inscription, or another clue that will help you identify the device’s owner.

[Related: How to find a lost phone ]

While you’re examining the area, do you see anyone looking around forlornly for their missing device? Observing the people around you is the quickest way to restore the phone, and it also ensures that you don’t accidentally steal somebody’s device while their back is turned! The owner also might come rushing back to the area in search of their phone, so hang around for a little while if you have time.

Keep the phone on

Before you start toying around with the lock screen, make sure to keep the phone switched on and the battery charged. You should leave it on because its owner will likely find another handset and call their own number as soon as they can. This way, you can pick up right away and arrange a meeting.

Of course, it’s impossible to keep a phone on if it dies. While you may not find the charger next to the lost phone, you can use your own cables, or those of a friend, to juice up the handset. You’ll need a Lightning connector charger for iPhones and a microUSB or USB-C charger for Android devices. If you don’t have a compatible charger lying around somewhere, go on and buy another—it’s cheap, and the original owner will probably reimburse you.

If the lost phone’s owner has saved emergency contact details in their device, you can access these friends from the lock screen. On an iOS device, swipe up from the bottom or press the Home button to open the passcode screen, tap the Emergency link in the lower-left corner, and choose Medical ID . If you’ve picked up an Android phone, swipe up from the bottom of the screen, tap Emergency call and then View emergency Information . If you see an emergency contact listed, get in touch with them to find out whose phone you’ve found.

While you’re at it, you should probably add emergency contacts to your own phone’s lock screen—just in case. On an iPhone, go to the Settings app, tap the Health app entry, touch Medical ID , and then Edit . On Android, you can go to the Personal Safety app, tap the cog icon in the upper left corner of the screen, and set up your emergency contacts.

By default, both iOS and Android let you access their digital assistants—Siri and Google Assistant, respectively—right from the lock screen (unless the phone owner has disabled the feature).

Once you’ve accessed Siri or Google Assistant, try saying “Call mom,” “Call home,” or another command that might access one of the phone’s owner’s contacts. Siri also has a trick that Google Assistant doesn’t: Ask “Whose phone is this?” to bring up contact details for the owner, if they’ve provided them.

At this point, you’ve exhausted the options for reaching a phone’s owner through his or her contacts. Now it’s time to get creative. For example, this person might have some kind of photo and video backup system in place. This means all pictures and movies shot on the phone will sync to the cloud—and to the owner’s other devices.

You can usually access a smartphone’s camera from its lock screen: On iOS, swipe left; on Android, double press the power button . To use this to your advantage, snap an image of your personal contact details. If the photo syncs to the phone owner’s backup system, they can easily reach out to you.

In a similar vein, you can use Siri or Google Assistant to set a reminder that the phone’s owner will be able to see from another device. On iOS, press and hold the power button (or the Home button if there is one); on Android, swipe up from one of the bottom corners of the screen. When the assistant app appears, say, “Set a reminder for 2 p.m. every day to call…” and then state your name and number.

If the owner of the phone is signed into their Apple or Google account on any other devices, they should have access to their reminders there. In that case, they’ll see the note you’ve left pop up at 2 p.m. (or whatever time you choose) every day. After that, it’s up to them to get in touch.

From the archives: Bill Gates hypes up the Apple mini Mac in 1984

Hey Siri, just… keep it down, will you?. David NieldSnitches get stitches.
TECHNOLOGY・4 DAYS AGO
Popular Science

Google I/O recap: All the cool AI-powered projects in the works

"Scene exploration" was teased as a feature that might be coming to Search soon. GoogleAdded language options in Translate, creating a sense of place in Maps, and futuristic interpreter glasses.
TECHNOLOGY・5 DAYS AGO
Popular Science

The first iPod came out in 2001. AppleWith the product line now discontinued, here are three iPods iterations that stood out. Remember the mini?
ELECTRONICS・4 DAYS AGO

Retrace your steps and never get lost on the online jungle again. Nathana Rebouças / UnsplashJourneys will help you retrace your search steps.
INTERNET・4 DAYS AGO
Inc.com

Jeff Bezos, the founder and former CEO of Amazon, and Elon Musk, the CEO of Tesla and soon-to-be owner of Twitter, don't strike me as best buds. The two men have competed over the past few years for the title of the world's richest man, a title Musk holds. They also sort of compete in space, with Bezos' Blue Origin competing against Musk's SpaceX.
BUSINESS・21 DAYS AGO
itechpost.com

Elon Musk, the world’s wealthiest man, who thinks tunnels are immune to natural disasters, is purchasing Twitter. The company confirmed on Monday afternoon that it had accepted the billionaire’s offer. “Twitter, Inc. today announced that it has entered into a definitive agreement to be acquired by an entity wholly owned by Elon Musk, for $54.20 per share in cash in a transaction valued at approximately $44 billion,” reads the official press release. “Upon completion of the transaction, Twitter will become a privately held company.”
BUSINESS・21 DAYS AGO

Your WiFi and your smart home don’t get along. Now what?

It's not you, it's your WiFi router (maybe). Stephen Phillips / UnsplashBefore you spend 35 hours on forums, maybe we have your answer right here.
TECHNOLOGY・9 DAYS AGO
Popular Science

Take a peek at how Amazon is prepping Alexa for space

Save on gaming & digital security with this unique bundle

Stack CommerceThis is what gamers' dreams are made of.
VIDEO GAMES・7 DAYS AGO
Popular Science

Best monitors for music production of 2022

Stan HoraczekMake your recording studio as easy on the eyes as it is on the ears.
ELECTRONICS・5 DAYS AGO
Popular Science

Sachin Kansal, VP of product at Uber, talks about ways the company is helping drivers go electric at Go/Get.Here are all the new features the company announced at this year's Go/Get event.
TRAFFIC・19 HOURS AGO
Popular Science

It comes in both white (shown here in a room full of wacky lighting) and black. Stan HoraczekThe Sonos Ray is the cheapest and smallest soundbar in the company's lineup.
ELECTRONICS・4 DAYS AGO
Popular Science

Enjoy a lifetime of web hosting for only $49

Anyone can be a streamer. Here’s how to start.