Most investors focused on the huge drop in FAANG stock Netflix , which was one of the worst performers on the Nasdaq. However, other stocks fell despite even more positive earnings reports than what Netflix said last night. Below, you'll see why Intuitive Surgical (NASDAQ: ISRG) and CSX (NASDAQ: CSX) lost ground. 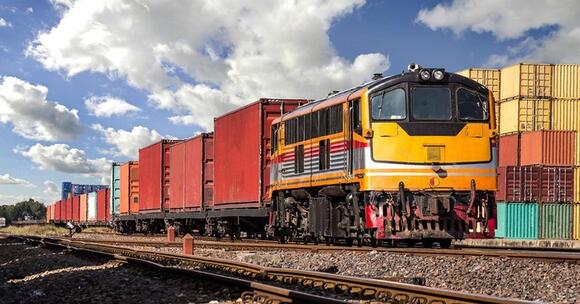 Shares of Intuitive Surgical were down 8% on Friday afternoon. That brought the stock's drop to more than 25% just since the beginning of 2022, and the latest decline came despite fourth-quarter financial results that showed considerable strength.

Intuitive Surgical's key metrics were healthy. The company shipped 385 new da Vinci surgical systems during the quarter, 18% more than it did in the year-earlier period. The number of procedures performed using the device jumped 19% year over year, and it also continued to rise even compared to pre-pandemic levels in 2019. That all led to revenue growth of 17% to $1.55 billion, and adjusted earnings of $1.30 per share compared favorably to the $1.19 per share Intuitive Surgical posted a year earlier.

Investors seemed to focus on the company's statement that the COVID-19 pandemic continued to have a negative impact on its results during the period. Specifically, Intuitive referred to the surge of the omicron variant late in the quarter, which led to some surgeons choosing not to do elective and less medically necessary procedures. With much of Intuitive's revenue stemming from consumables and other supplies whose sales are directly proportional to the number of procedures done, that held back growth at least to some extent.

In the long run, though, that could actually be good news for Intuitive Surgical. If the pandemic is actually still restraining growth, it could make for an even bigger recovery in the future. Shareholders seem to be ignoring that today, though.

Elsewhere, shares of CSX were down more than 3%. The railroad giant had strong results, but investors couldn't seem to celebrate them.

CSX's pricing power was exceptionally strong. Revenue per unit jumped 24%, with the biggest gains in the coal, intermodal, and fertilizer shipment segments. Per-unit sales were higher in every single one of the areas that CSX tracks.

That pricing power was necessary, though, because volumes remained subdued. A 23% plunge in automotive shipments led overall volume down 2% to 1.57 million, with declines in chemicals also offsetting gains in forest products, minerals, and metals and equipment. Moreover, expenses surged 28% due largely to higher labor, fuel, and support services costs.

If the stock market's pullback leads to economic pressure, it could slow down demand for goods, which in turn would potentially hurt transportation. That outcome is far from certain, but it seems to be what investors are worrying about right now.

10 stocks we like better than Intuitive Surgical
When our award-winning analyst team has a stock tip, it can pay to listen. After all, the newsletter they have run for over a decade, Motley Fool Stock Advisor , has tripled the market.*

They just revealed what they believe are the ten best stocks for investors to buy right now... and Intuitive Surgical wasn't one of them! That's right -- they think these 10 stocks are even better buys.

These companies are set to ride secular growth trends.
STOCKS・16 HOURS AGO

These stocks appear positioned to maintain considerable growth levels for some time to come.
STOCKS・20 HOURS AGO
The Motley Fool

Income investors can find a safe haven in these dividend stock stalwarts.
STOCKS・21 HOURS AGO
The Motley Fool

It's rare for me to disagree with a genius like Warren Buffett, but this time, I don't concur.
REAL ESTATE・1 DAY AGO