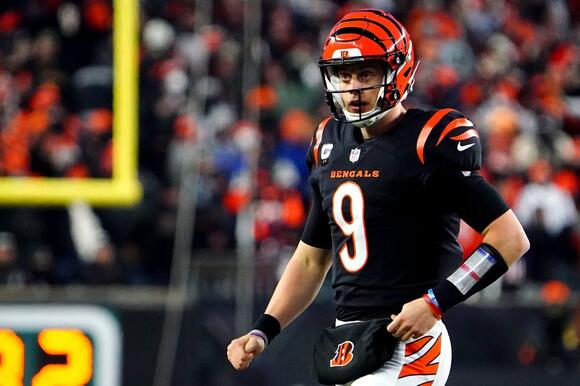 When Ryan Tannehill ‘s Tennessee Titans (12-5) face the upstart Joe Burrow -led Cincinnati Bengals (11-7) in the divisional round of the AFC Playoffs Saturday in Nashville , two quarterbacks with great stories will battle for the right to play of a chance to make it to their first Super Bowl.

Both quarterbacks have great stories and different paths to becoming the starters for their respective teams. But which quarterback gives their team the best chance to win Saturday’s game? When it comes to Tannehill and Burrow, both are the types of signal-callers who can lead their team to deep runs in the playoffs.

Why Ryan Tannehill has an edge

There’s something to be said for struggle and a meteoric rise to the top and no one exemplifies that better than Tannehill. Tannehill was the eighth overall pick of the Miami Dolphins in the 2011 NFL Draft. He was a coveted prospect to whom the Dolphins trusted with the future of the quarterback position in Miami.

Despite some flashes, and two years where he passed for over 4,000 yards and 20 touchdowns in 2014 and 2015, Tannehill only led the dysfunctional Dolphins to one winning season in his six years in South Florida.

After a trade to the Tennessee Titans in 2019, Tannehill resurrected his career as he deposed former Heisman Trophy winner, and now Las Vegas Raiders backup QB Marcus Mariota to become the starter. He proceeded to lead the team to three-straight playoff appearances, including this season. Tannehill has thrown for 76 touchdowns in three seasons, cemented his standing as a top pro quarterback, and was rewarded with a four-year, $118 million contract after his first season in Nashville.

With the ability to leverage his nine years spent in the NFL as a team leader on and off the field, Tannehill’s presence is undeniable. In 2021, he was less consistent, but the veteran has played in big playoff games each of his past two seasons in the NFL, unlike Burrow, who is playing his first full season as a starter n the NFL. 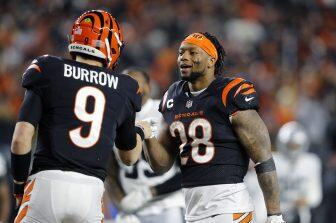 Why Joe Burrow has an edge

Much like Tannehill, Joe Burrow was a much-heralded college player and the first overall selection of the Bengals in 2020. After a knee injury cut his rookie season short — a season in which he passed for 13 touchdowns and 2,700 yards in 10 games —Burrow had to rehab and get healthy to return to the Bengals. He did so and his sophomore pro campaign was electric. Burrow not only threw for over 4,000 yards and 34 touchdowns, but he also showed a level of maturity, instantly emerging as the team leader on and off the field.

Burrow is a different animal altogether. He’s much different than most young pro quarterbacks, as his ability to throw, run and handle the big stage is already impressive. As a high school player in Athens, Ohio, he set every record possible before posting perhaps the best season as a college quarterback in helping LSU win the National Championship in 2019. 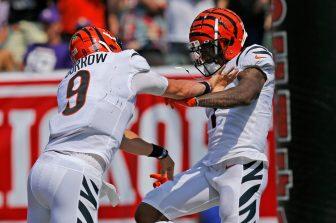 Also Read:
NFL picks against the spread: Cincinnati Bengals to upset Tennessee Titans in divisional round

Who is the better quarterback — right now?

The longer the NFL playoffs go on, the more experience comes into play. While Tannehill holds a distinct advantage there, Burrow is unlike most inexperienced young quarterbacks in their first postseason. Burrow’s ability to keep calm, not press, and have his team take on his demeanor are beyond impressive. Tannehill, too, is relaxed during the storm and in his last four games of the 2021 season, he’s come on strong after being more inconsistent earlier in the season. He’s got a hot hand, which bodes well for him and the Titans in a home playoff game.

Despite that, Burrow has a hotter hand and has a better slate of offensive weapons – although the return of Titans star running back Derrick Henry is sure to give Tennessee and Tannehill a boost. Burrow has ten touchdowns and zero interceptions in his last three games, completing 76% of his passes and has won five of his previous seven games. That’s the definition of red hot.

While the game should be close, with an advantage to the home team Titans, right now, Joe Burrow is the better quarterback with an unlimited future ahead of him. Tannehill continues to impress, but Burrow has the edge heading into Saturday’s big game.

The 2000 Baltimore Ravens were a popcorn-worthy time. Long before we streamed highlights on our cell phones and could catch
BALTIMORE, MD・2 HOURS AGO
Sportsnaut

The Detroit Lions are in a huge rebuild, but how many games on their 2021 schedule are realistically winnable? Check out our projected record for the Lions.
DETROIT, MI・19 HOURS AGO

After three seasons as a backup quarterback with Clemson, Taisun Phommachanh announced his intention to stay in the Atlantic Coast
CLEMSON, SC・1 DAY AGO
Sportsnaut

Running back Phillip Lindsay agrees to one-year deal with Colts

Two-time 1,000-yard rusher Phillip Lindsay agreed to a one-year deal with the Indianapolis Colts, his agent Mike McCartney announced on
INDIANAPOLIS, IN・7 HOURS AGO
Sportsnaut

It’s been just over three months since millions of spectators witnessed Odell Beckham Jr. tear his ACL in the biggest
LOS ANGELES, CA・3 HOURS AGO
Sportsnaut

Before he travels to the Bahamas to work out with new teammates, Cleveland Browns quarterback Deshaun Watson met with NFL
CLEVELAND, OH・6 HOURS AGO
Sportsnaut

Free agent running back Tarik Cohen appeared to suffer an injury while livestreaming a workout on Instagram Tuesday. Cohen, who
CHICAGO, IL・5 HOURS AGO

The Dallas Cowboys had an underwhelming ending to their 2021 season after getting bounced early from the playoffs. However, they
ARLINGTON, TX・6 HOURS AGO
Sportsnaut

Set to become a free agent this past offseason, the Cincinnati Bengals made sure to place the franchise tag on
CINCINNATI, OH・12 HOURS AGO
Sportsnaut

Mike Krzyzewski earned roughly $12.4 million in net compensation in 2020, USA Today reported Tuesday. That figure is the most
ALABAMA STATE・11 HOURS AGO
Sportsnaut

Texans QB Davis Mills to be Year 2 stand out, a look at why

Davis Mills hardly cracked into the top-10 of most analysts’ quarterback rankings ahead of the 2021 NFL Draft, but he’s
HOUSTON, TX・1 DAY AGO