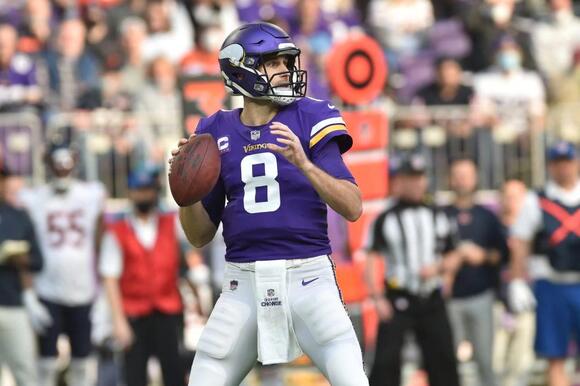 The Minnesota Vikings are cleaning house this offseason, putting the future of quarterback Kirk Cousins in the spotlight. If the franchise decides to moves its Pro Bowl signal-caller, it’s widely believed there will be an active trade market this spring.

Minnesota is actively looking for its next head coach and general manager. While a regime change doesn’t guarantee the Vikings will look for another quarterback, new leadership typically wants its own face of the franchise. With Cousins entering the final year of his contract and multiple teams in the market for an upgrade at the position, a deal could become even more likely.

While Cousins wouldn’t be the top passer available this offseason, with rival general managers more interested in Deshaun Watson and Russell Wilson , there would be a market. The Athletic’s Chad Graff , who covers the Vikings, wrote that four teams stand out as the likeliest trade partners. 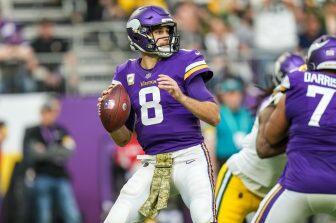 Graff writes that the Carolina Panthers, Pittsburgh Steelers and Denver Broncos are the likeliest landing spots for Cousins. He would be an affordable option for all three franchises, allowing them to preserve much of their draft capital while improving at quarterback.

What would it cost to acquire Kirk Cousins?

Money would play an important role in negotiations. Cousins is owed $35 million guaranteed next season and his $45 million cap hit becomes fully guaranteed after March 19. Considering the substantial hit on a team’s salary cap, the return for Minnesota would be limited.

The Vikings’ beat writer pointed to the Alex Smith trade in 2018. Washington acquired Smith for cornerback Kendall Fuller and a 2018 third-round pick. While Minnesota’s next general manager might try and push for more, offering to cover a portion of Kirk Cousins’ contract, offloading most of his salary and gaining a late Day 2 pick would be beneficial for the Vikings’ long-term future. 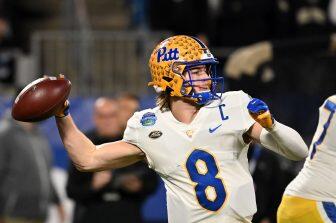 As for replacing Cousins, that would likely come from the 2022 NFL Draft . With this year’s quarterback class particularly thin on high-end talent, the Vikings would likely get their choice from multiple options if they took a passer in the first round.

From the very first time Dalvin Cook took the field with the Minnesota Vikings after being the 41st pick in
MINNEAPOLIS, MN・12 HOURS AGO
Sportsnaut

Following their surprise Super Bowl LVI appearance, one of the top defenders and team captain Jessie Bates was hit with
CINCINNATI, OH・17 HOURS AGO

Despite entering the league as a third-round pick in the 2012 NFL Draft, T.Y. Hilton has racked up nearly 3,000
INDIANAPOLIS, IN・16 HOURS AGO
Sportsnaut

It’s been just over three months since millions of spectators witnessed Odell Beckham Jr. tear his ACL in the biggest
LOS ANGELES, CA・2 DAYS AGO
Sportsnaut

Sam Koch retired from the NFL after 16 seasons, 256 games and one Super Bowl ring with the Baltimore Ravens.
BALTIMORE, MD・14 HOURS AGO
Sportsnaut

Charlotte general manager Mitch Kupchak said Thursday that he has signed a multiyear extension with the Hornets. Hired in 2018,
CHARLOTTE, NC・11 HOURS AGO
Sportsnaut

Wide receiver Jordan Addison announced Thursday that he will transfer from Pitt to Southern California. Addison, a consensus All-American and
BATON ROUGE, LA・13 HOURS AGO

Cincinnati Bengals quarterback Joe Burrow has a great deal of respect for his AFC North counterpart Baker Mayfield. However, he
CLEVELAND, OH・17 HOURS AGO
Sportsnaut

The Dallas Cowboys are the current home of one of the most explosive and promising young defenders in the NFL.
ARLINGTON, TX・7 HOURS AGO
Sportsnaut

Pro Bowl cornerback James Bradberry agreed to terms on a one-year contract with the Philadelphia Eagles on Wednesday. The Eagles
PHILADELPHIA, PA・1 DAY AGO