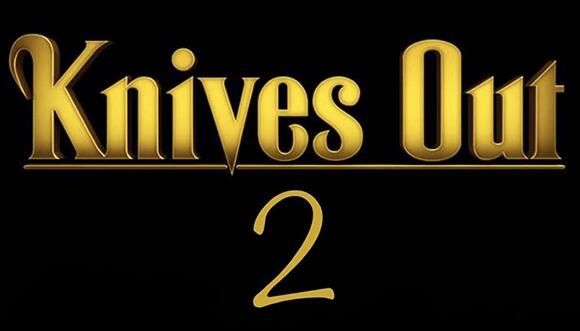 You can expect to see the next installment of Daniel Craig as Private Detective Benoit Blanc in “ Knives Out 2 ” streaming on Netflix this fall. Variety has learned exclusively that writer and director Rian Johnson’s hotly-anticipated sequel is expected to release in theaters and the streaming platform in the last quarter of 2022.

In addition, the film is expected to also make a festival run before its release, although it’s unknown which ones it’s expected to debut at. With this added layer, we can expect the sequel to be a possible awards hopeful for Netflix next year. The streamer is expected to dominate the Oscar season once again this year, with Jane Campion’s “The Power of the Dog,” Adam McKay’s “Don’t Look Up” and Lin-Manuel Miranda’s “Tick, Tick … Boom!” being heavy favorites to receive best picture attention.

Many of Johnson’s artisans from the first feature are also returning, including cinematographer Steve Yedlin and editor Bob Ducsay.

Johnson, who is returning to write and direct the sequel, will also be producing alongside Ram Bergman under their T-Street banner. Johnson’s previous directing credits include “Star Wars: The Last Jedi” and “Looper.”

The first “Knives Out,” which was distributed by Lionsgate and produced by Media Rights Capital, was a huge success in both box office and critical acclaim. It earned $311 million on a $40 million budget and earned Johnson an Oscar and BAFTA nominations for best original screenplay. Netflix announced in March 2021 that it had thrown down an astounding $450 million for the rights to the next two follow-ups of the murder mystery.

Netflix tells Variety that no official release date has been set.

Click here to read the full article. The “She-Hulk” series at Disney+ is officially set to premiere in August. The 10-episode show, which is now officially titled ““She-Hulk: Attorney at Law,” will bow on the streamer on Aug. 17. Marvel boss Kevin Feige confirmed the news at the Disney upfront presentation in New York on Tuesday alongside series star Tatiana Maslany. They also debuted a trailer for the series, which can be seen below. The series centers on lawyer Jennifer Walters (Maslany), cousin of Bruce Banner, who inherits his Hulk powers after she receives a blood transfusion from him. Unlike Bruce, however,...
2 DAYS AGO
Variety

Marnie Schulenburg, ‘As the World Turns’ Star, Dies at 37

Click here to read the full article. Marnie Schulenburg, known for her roles in soap operas “As the World Turns” and “One Life to Live,” died Tuesday in New York due to a complication from breast cancer, a representative confirmed to Variety. She was 37. Schulenburg’s husband Zack Robidas, an actor known for his roles in “Sorry for Your Loss” and “Succession,” also confirmed the news via a Facebook post, in which he thanked her fans for their support after Schulenburg’s diagnosis. “Please don’t say Marnie lost her battle to cancer. It’s simply not true. I watched her kick cancer’s ass everyday...
CELEBRITIES・1 DAY AGO
Variety

Click here to read the full article. The “Yellowstone” spinoff series “6666” is joining the mothership show on Paramount Network. It was previously reported that the new show would air exclusively on Paramount+. It will now run on the linear network first before episodes are made available to stream on demand. A premiere date has not been set. “6666” was originally announced in February 2021 as one of several new shows on the development slate of “Yellowstone” co-creator Taylor Sheridan. The show takes place at the real 6666 ranch in Texas. It was featured in Season 4 of “Yellowstone,” with Jimmy (Jefferson...
TV SERIES・1 DAY AGO
IndieWire

Click here to read the full article. Nearly 50 years after the original “Rocky” hit theaters, the classic boxing franchise keeps getting up off the mat. Ryan Coogler breathed new life into the series with 2015’s “Creed,” which followed Sylvester Stallone’s Rocky Balboa as he trained a young boxer named Adonis (Michael B. Jordan), the son of his late rival Apollo Creed. The film earned strong reviews for taking the franchise in a modern direction while maintaining what people loved about the original films, and sequels were quickly planned. When “Creed II” was released in 2018, it cemented Michael B. Jordan’s...
MOVIES・25 DAYS AGO

Click here to read the full article. Finally, finally, finally we are one step closer to the epic Hollywood empire that is “Babylon.” The upcoming feature from Oscar-winning writer-director Damien Chazelle stars “Once Upon a Time…In Hollywood” co-stars Brad Pitt and Margot Robbie for “Babylon” in a period piece about the transitional period in the film industry when silent movies gave way to talkies. The film is set to premiere wide January 6, 2023, and already is a buzzed-about Oscars contender. While Chazelle has stayed mum about plot specifics, drama “Babylon” reportedly focuses on real-life industry titans Clara Bow (Robbie), Elinor Glyn, and studio...
MOVIES・21 DAYS AGO
Deadline

Click here to read the full article. EXCLUSIVE: Kate Beckinsale (Underworld) has been set to star in action spy thriller Canary Black from Taken and Peppermint director Pierre Morel. Producer, financier and sales firm Anton (Greenland) is launching the project for the Cannes market. The Matthew Kennedy (Inheritance) script will see Beckinsale play top level CIA agent Avery Graves who is blackmailed by terrorists into betraying her own country to save her kidnapped husband. Cut off from her team, she turns to her underworld contacts to survive and help locate the coveted intelligence that the kidnappers want. The project is being produced by Anton’s Sebastien...
MOVIES・14 DAYS AGO
NME

After weeks of silence, Chris Rock has finally addressed his now-infamous incident with Will Smith at March's 94th Annual Academy Awards. During another sold-out show at Baltimore's Lyric Performing Arts Center on Friday, Rock directly referenced the slap, but only spent a second on it before moving on with his set.
BALTIMORE, MD・25 DAYS AGO
SheKnows

Click here to read the full article. It seems like everyone was rooting for Renée Zellweger and Ant Anstead to get together, including an unexpected duo: the Property Brothers. Drew and Jonathan Scott recently revealed that they were the ones that ended up getting Zellweger and Anstead to meet, and subsequently fall in love. And their hard work ended up paying off! Back on April 14, 2022, the Scott brothers sat down with ExtraTV to talk about everything from Drew’s upcoming fatherhood to Jonathan loving GF Zooey Deschanel’s Vanity Fair gown. While we loved the entire interview, we’re losing it over...
25 DAYS AGO
Us Weekly

The show — and the vacation — must go on. Jada Pinkett Smith determined that the family trip to India wasn't going to be canceled due to Will Smith's Oscars slap. "Will and Jada have taken the family on [a] vacation that was already planned," a source exclusively tells Us Weekly. The Concussion star, 53, […]
25 DAYS AGO
Outsider.com

“NCIS: Los Angeles” star Daniela Ruah absolutely killed it on the red carpet and stage last night at the International Portuguese Music Awards. While everyone at home was preparing for tonight’s “NCIS: Los Angeles” episode, Daniela Ruah was getting all dressed up to host the IMPA Awards. The ceremony took place at the Providence Performing Arts Center in Providence, Rhode Island, on Saturday, April 23.
25 DAYS AGO

Click here to read the full article. Faith Hill will never forget one of her earliest auditions. She read for director Anthony Minghella for 2003’s “Cold Mountain” for the role that went to Natalie Portman. “I read, I believe, the rape scene and another one. It was intense,” Hill tells me on the new episode of the “Just for Variety” podcast. “I had been on a few readings, but nothing like that.” Not that she didn’t do her homework beforehand. “I worked my tail off to be prepared for that,” Hill said. “Because for me, personally, I thought I have got to prove...
1 DAY AGO
The Hollywood Reporter

Once again, Disney (DIS) - Get Walt Disney Company Report is finding itself embroiled in a political quagmire owing to its support of the LGBTQ community, after Florida Gov. Ron DeSantis punished Disney for denouncing his “Don’t Say Gay Bill,” by seeking to revoke Disney World’s designation as a special tax district (which as we pointed out, is ultimately a meaningless gesture).
23 DAYS AGO
Variety

Click here to read the full article. An animated revival of “Married…With Children” is in development with the original series main cast set to return. Ed O’Neill, Katey Sagal, Christina Applegate, and David Faustino are all set to reprise their roles as the Bundy family in the show, which is not currently set up at a network or streaming service. It is currently on the market with multiple outlets expressing interest, sources say. Alex Carter, a co-executive producer on “Family Guy,” is writing the animated version of the beloved sitcom and will serve as executive producer and showrunner. Sony Pictures Television is...
TV SERIES・6 DAYS AGO
Outsider.com

Geroge Wendt, who played Norm on the classic TV show Cheers, decided to be like Jack when he was in public. We mean Jack Nicholson here. The famed movie actor seemingly did not mind being noticed when out among the non-Hollywood crowd. Nicholson’s attitude about this did ring a bell for Wendt during his show’s incredible run on NBC and in reruns today.
CELEBRITIES・24 DAYS AGO
Deadline

Viola Davis Reveals a Director Called Her by His Maid’s Name, Speaks Out on Hollywood’s Slow Race Progress (EXCLUSIVE)

Click here to read the full article. Viola Davis joined Variety and Kering at the Cannes Film Festival for a powerful Women In Motion conversation in which she revealed a director once called her by his maid’s name. The Oscar and Emmy-winning actor was talking about Hollywood’s perception of Black actors and how the amount of roles she can play remains limited due to her skin color, even at her A-list stature. “I had a director who did that to me. He said, ‘Louise!’ I knew him for 10 years and he called me Louise and I find out that it’s...
CELEBRITIES・19 HOURS AGO
ComicBook

Jeff Bridges' latest television series is one step closer to hitting the small screen. It was recently announced that The Old Man, an upcoming drama series starring Bridges, will premiere two episodes on FX on June 16th at 10/9pm CT. The series, which will have a total of seven episodes, will also be available to stream the following day on Hulu. Based Based on the bestselling novel of the same name by Thomas Perry, The Old Man centers on Dan Chase (Bridges), who absconded from the CIA decades ago and has been living off the grid since. When an assassin arrives and tries to take Chase out, the old operative learns that to ensure his future he now must reconcile his past.
23 DAYS AGO