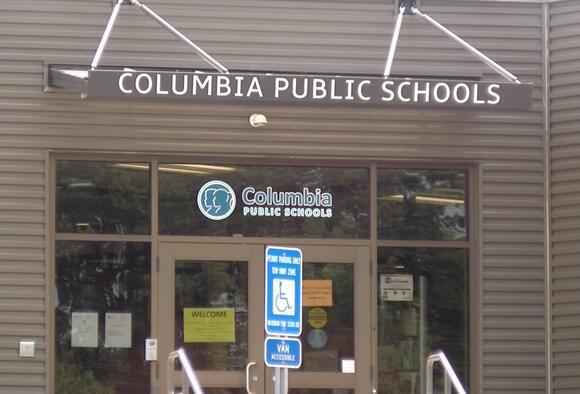 The Missouri Attorney General's Office has filed another lawsuit against Columbia Public Schools over the district's renewed, temporary mask mandate.

According to court documents, AG Eric Schmitt argues school districts don't have the power to impose public health orders for their students.

The Columbia Board of Education approved a temporary mask mandate through Feb. 4 at its meeting on Thursday morning. Superintendent Brian Yearwood can extend the order through Feb. 18 if necessary.

Yearwood renewed CPS's mask mandate when students returned to class last week, citing a sharp rise in cases among students and staff from the highly contagious omicron coronavirus variant. The district said the virus is sickening students and stretching staff thin, and the mandate was needed to keep the doors open.

However, students are out of class Friday, Monday and Tuesday because of the strain caused by the virus. CPS had 217 students positive for coronavirus Friday morning and 69 staff members . The substitute fill rate for this week is about 56%. Teachers have had to cover colleagues' classes because of the rampant illness, district leaders say.

Schmitt's suit names three CPS parents as plaintiffs, claiming they want to protect their children from the mask mandate.

Schmitt also sued CPS for its mask mandate last year, and the Columbia Board of Education ended that mandate in December, before the omicron surge that pushed new cases and hospitalizations to record levels statewide. That lawsuit was subsequently dropped.

COLUMBIA, Mo. (KMIZ) A US Air Force member stationed at Wright Patterson Air Force Base in Ohio is facing a rape charge from 2018 in Columbia. A Boone County prosecutor has charged Nathan Repka with a second-degree rape charge. In August 2018, Repka visited the victim and went to a party where he became “blackout The post US Air Force member charged in 2018 rape in Columbia appeared first on ABC17NEWS.
COLUMBIA, MO・16 HOURS AGO
KMIZ ABC 17 News

JEFFERSON CITY, Mo. (KMIZ) A lockdown was lifted Wednesday morning for most of the Jefferson City Correctional Center following a fight among inmates. The incident involved about 25 inmates who were using the yard on Tuesday, according to the Missouri Department of Corrections. A spokeswoman said two JCCC staff members were hurt during the incident The post Lockdown lifted at Jefferson City Correctional Center after fight involving 25 inmates appeared first on ABC17NEWS.
JEFFERSON CITY, MO・1 DAY AGO
KMIZ ABC 17 News

The Missouri Department of Health and Senior Services unveiled it's new drug overdose database. Overdoses are now the leading cause of death among adults aged 18-44 according to DHSS. The post Fentanyl and opioid overdoses surpass heroin overdoses in Missouri appeared first on ABC17NEWS.
COLUMBIA, MO・1 DAY AGO
KMIZ ABC 17 News

COLUMBIA, Mo. (KMIZ) Daniel Boone Regional Library (DBRL) workers approved a proposal to unionize. Unofficial results from the Missouri State Board of Mediation show of the 165 eligible voters, 101 workers voted for and 55 others voted against the proposal to unionize under the name 'DBRLWorkersUnited.' The vote to unionize was held from Wednesday through The post Daniel Boone Regional Library workers vote to form first public library union in Missouri appeared first on ABC17NEWS.
COLUMBIA, MO・3 DAYS AGO
KMIZ ABC 17 News

Having tough conversations with children about gun violence after mass shootings, and helping them cope

Many children, students, parents and teachers woke up Wednesday feeling anxious about heading back to school after the horrific mass shooting in Texas, and several other mass shootings this month. The post Having tough conversations with children about gun violence after mass shootings, and helping them cope appeared first on ABC17NEWS.
COLUMBIA, MO・16 HOURS AGO
KMIZ ABC 17 News

The man accused of calling in a bomb threat to a Columbia daycare last week remained Tuesday in custody in Kansas, though he has now been ordered to return to Boone County to be tried. The post Columbia bomb threat suspect remains in Kansas; extradition ordered appeared first on ABC17NEWS.
COLUMBIA, MO・2 DAYS AGO

A federal judge in Louisiana is refusing to end pandemic-related restrictions on migrants hoping to be granted asylum at the nation's southern border. The post Missouri attorney general releases statement on obtaining a preliminary injunction in Title 42 case appeared first on ABC17NEWS.
MISSOURI STATE・5 DAYS AGO
KMIZ ABC 17 News

A real estate agent accused in a murder-for-hire plot missed a court appearance to revoke her bond Monday because she was in rehab, her lawyer told the court. The post Lake-area realtor charged in murder-for-hire case fails to show up for bond hearing because of rehab appeared first on ABC17NEWS.
COLUMBIA, MO・1 DAY AGO
KMIZ ABC 17 News