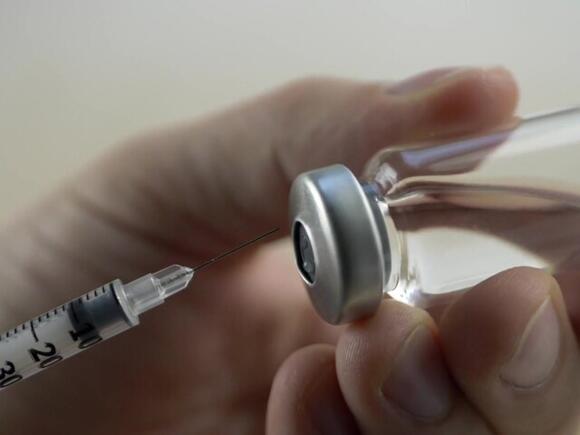 A new Centers for Disease Control and Prevention study says booster shots of Pfizer's and Moderna's COVID-19 vaccines proved vital in keeping additional Americans out of the hospital as the omicron variant spread this month.

The real-world study says that the mRNA booster shots were 90% effective in preventing hospitalization as a result of the omicron variant.

Additional data released Thursday shows that Americans 50 and older who were not vaccinated were 17 times more likely to be hospitalized than fully vaccinated people.

Omicron, a highly contagious strain of COVID-19, has led to record-breaking case levels across the country. Scientists say that the variant has been found to better evade the body's immune response compared to past variants.

However, scientists like Dr. Anthony Fauci have said that omicron likely causes less severe cases of disease because it does not affect the lungs the way past variants did.

All Americans can receive another set of free COVID-19 tests

May 19 (UPI) -- The U.S. Centers for Disease Control and Prevention's advisory committee voted Thursday to approve a COVID-19 booster shot for children between age 5 and 11. The CDC's independent Advisory Committee on Immunization Practices will now recommend a third dose of the Pfizer-BioNTech vaccine for that age group.
KIDS・11 MINUTES AGO
WebMD

The pharmaceutical company Pfizer has voluntary recalled a blood pressure medication for the second time in a month. Pfizer is recalling five lots of blood pressure medicine Accupril because of elevated levels of a nitrosamine, Nnitroso-quinapril, the company said in a news release posted Friday on the FDA website. Nitrosamines...
INDUSTRY・24 DAYS AGO
US News and World Report

It’s a story many have heard before. COVID-19 enters a household whether through a spouse, parent, sibling or caretaker – but despite extensive exposure, not everyone gets sick. [. SEE:. Latest Coronavirus and Vaccine News ]. And it could be a more common occurrence than some think. The...
PUBLIC HEALTH・28 DAYS AGO

Walking at a brisk pace for just 75 minutes every week could cut your risk of depression, a new study finds. The World Health Organization recommends everyone should exercise for at least two-and-a-half hours every seven days. But researchers at Cambridge University, England, found adults who got half as much...
FITNESS・24 DAYS AGO
House Digest

Though helpful for cleaning and disinfecting, Lysol contains a number of harmful chemicals that can irritate your eyes, skin, and respiratory system.
HEALTH・23 DAYS AGO
The US Sun

MILLIONS of Brits have been urged to take up a rapid test to see if they have bowel cancer. The Health Secretary has called on men over 60 to make sure they have the life-saving checkups. It couldn't be easier - with a home testing kit on offer, or use...
CANCER・24 DAYS AGO
One Green Planet

Christine Bronstein took at home colon cancer test after seeing blood in her stool. It was positive, but her doctor texted: "You don't have cancer :)"
CANCER・23 DAYS AGO
outbreaknewstoday.com

In a follow-up on the 14th Ebola Virus Disease (EVD) outbreak in the Democratic Republic of the Congo (DRC) (HERE and HERE), the World Health Organization (WHO) tweeted today:. Health authorities in #DRC confirmed a 2nd case of #Ebola in Mbandaka on 25 April. The 25-year old woman, now deceased, began experiencing symptoms 12 days earlier. Investigations indicate that as the 1st case patient’s sister-in-law, she was a high-risk contact.
PUBLIC HEALTH・22 DAYS AGO
Rolling Stone

RS Recommends: What Do Studies Say Could Be a Major Mood Booster? Spring Cleaning

Click here to read the full article. If you purchase an independently reviewed product or service through a link on our website, Rolling Stone may receive an affiliate commission. By now, you’re probably a pro at disinfecting surfaces and cleaning your workspace (both at home and in-office). But if these past winter months have left you feeling a little more more restless than usually, you’re not alone — a spring cleaning refresh can be just as important to your physical health as it can to your mental health. Spring cleaning, especially shared surfaces like bathrooms and kitchen counters, can help you minimize...
LIFESTYLE・27 DAYS AGO